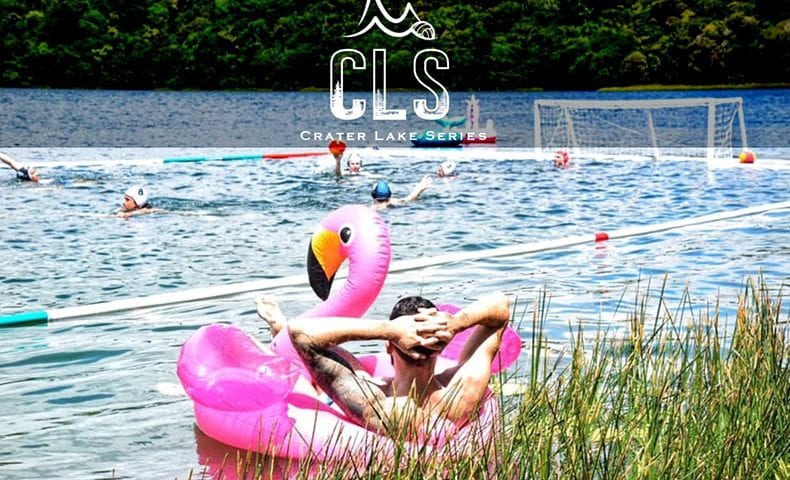 We’ve already seen outstanding ideas growing out of our sport, but there’s always something fresh emerging from the waters. This time, we’d like to welcome Jesse O’Hara – the president of Cairns Water Polo – who will talk about The Crater Lake Series.

Let’s get started with the idea and surroundings of this tournament. Can you take us to the beginning?

I started Cairns Water Polo 18 months ago as there was no water polo presence in the Tropical North Queensland region. The closest club to us is over 400km south in Townsville followed by Mackay, which is a further 400km past Townsville.

We are blessed with the perfect environment for the sport, 30C temperatures year round and the town itself has multiple aquatic facilities already in place. Outside of the man-made infrastructure needed for water polo, we have the Great Barrier Reef, world-class beaches, rain forests, and lakes.

Why set the sport into such an exotic environment. What was your initial motivation?

Water polo is mostly played in multi-use aquatic facilities. From a grandstand view or a TV screen, the field of play is crossed with black swimming lanes, dotted with diving towers or blocks, hard echoing surfaces, plastic chairs, and lane rope reels. The frame does not fit the quality of the art, especially at a community club level.

I was inspired to bring water polo to the Crater Lakes by one of the challenges our sport has on a wider scale – its visual image. Water polo has an image problem. No, I don’t mean tabloid scandals, corruption or match-fixing, but actual visual imagery. In my opinion, the emotion, drama, and beauty of the sport captured so well with still frame photography. The wider framed version of the sport, from a player or spectator view, is often clouded by surrounding distractions.

So, that led you to present the idea to the water polo world. What’s the story?

The Crater Lake Series harnesses our unique, tropical climate and idyllic surrounds of State and National Parks to provide water polo with the beautiful canvas it deserves. Similar events have popped up across Australia from the beaches of Karratha in remote Western Australia to the wider Sydney metropolitan area with the rise in Beach Water Polo Fours.

Our event hops across two pristine volcanic lakes on the Tablelands region of Cairns. The first round is at Lake Barrine and the second fixture is at Lake Eacham, both lakes are about an hours drive inland from Cairns.

What are the goals of the tournament?

The focus of Crater Lake Series is to have fun, get active, and open up our sport to a larger regional audience. All the teams were mixed-gender with at least one junior player in each team. There were lots of laughs shared and memories forged as we continue to grow our fledgling club with a positive culture.

Let’s talk rules. How do you play this version of water polo?

The rules are simple and the play is dynamic. The specific rules are:

So now that you got the attention from the water polo community, what are your next steps?

The first event was a huge success and we are opening up our second tournament at Lake Eacham on 30 March to players from further afield. Our close neighbor in Townsville Water Polo Association (400km!!), will be sending a small army of junior and senior players to join in on the fun.

We plan to build this event into a bigger fixture in the coming years and aim to attract players and teams from interstate and overseas. Our club has an open door policy for the international water polo community and we hope to share some of our stories with you in the near future.