Croatia and Hungary to battle for European crown in Spaladium 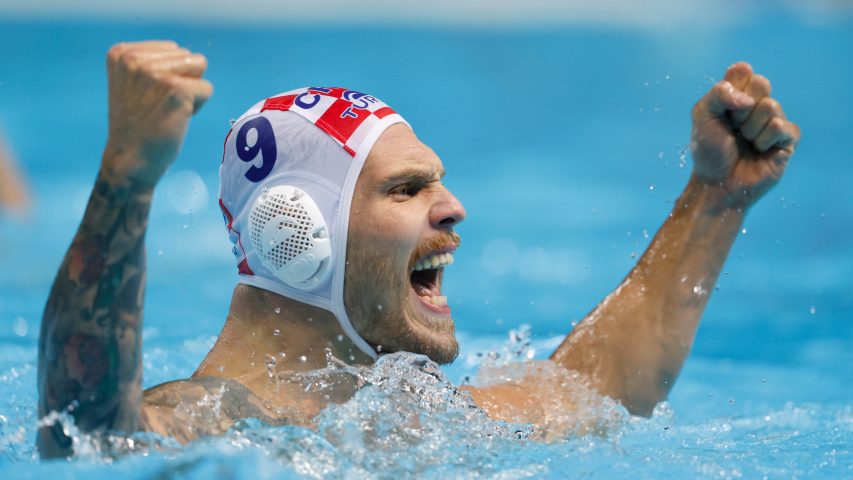 Hungary and Croatia advanced to the big final of an exhausting water polo summer 2022, to the gold-medal match at the 35th European Championships in Split.

Hungary beat Spain in the first semifinal (10:8). It was a rollercoaster game. Both teams had ups and downs. Spain started better. Hungary played excellently in the second quarter. The world champions came back into the match after the middle break. However, the Hungarians retook control when it was the most important – in the final eight minutes and celebrated the victory.

Host Croatia narrowly defeated Italy 11:10 in a thriller in front of 9.000 fans in the packed stands of the Spaladium Arena.. 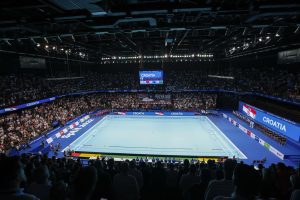 Croatia will play for its second-ever title of the European champion. The Croats won their previous title in front 12 years ago in front of the home crowd in Zagreb. Hungary will try to defend the title won in Budapest two years ago.

The first semifinal was opened by a penalty shot after less than 30 seconds of play. The Spaniards won the 1st swim off, they forced a penalty, but Granados missed from the 5m line. Still, he corrected his mistake a minute after, giving Spain a 1:0 lead from a 6 on 5. Nemet equalized. Spain built a 3:1 lead. Still, Janosik halved a distance by converting a man-up just seven seconds before the first break.

Spain had a 4:2 and a 5:4 advantage in the second quarter, but the Hungarians had a perfect finish of the first half. Nagy leveled at 5:5 with an extra player in the 14tg minute. He added one more power-play goal a minute after for 6:5. Gergely Burian finished the series. He sent the ball into the net from the right at 00:17 and Hungary was 7:5 up at halftime. 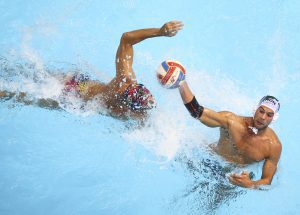 The Spaniards recovered during the middle break. They tightened their defense in the third period and didn’t let a single goal. Hungary couldn’t find the solution for Spain’s deep defense. At the other end of the pool, Granados converted a man-up, and Munarriz scored an action goal. The big rivals entered the final period tied at 7:7. 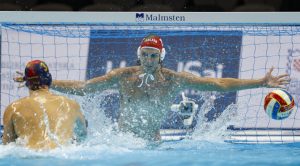 But, the Hungarians didn’t let the Spaniards go further. Goalkeeper Soma Vogel encouraged his teammates with several excellent saves, and, as usual, a good attack starts from a good defense. The series of goals started. Zalanki made it 8:7, Adam Nagy found the net from a distance and doubled the advantage. Three minutes before the end, Molnar scored from the deep right after a very nice long-distance pass from Fekete. In the next action, Angyal blocked a shot from Sanahuja and that was the end of the contest. Hungary controlled the match, and it was clear the Spaniards couldn’t come back. De Toro’s power-play goal for 8:10 came too late, just 35 seconds before the end. 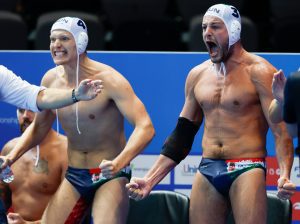 Hungary’s captain Szilard Jansik said that the key to success had been, as usual, the defense, but also that he believed that Spain was a better team than Hungary in general:

“Our tactics are based on patience and defense. Soma Vogel’s good saves, we had 12 blocks. Before the match we practiced our defense with a man-down a lot , because we knew that the Spaniards had very good centre-forwards. Today, they had almost double more man-up chances with a man-up. So, we couldn’t make the final without a good defense.

We beat Spain in the final in 2020 and the Tokyo bronze medal match. I believe that they had it in their mind. I know that Spain is a better team than us, but we played better today, and continued a series of successes against Spain.

Hungary played an amazing game. We started well both in defense and attack. But, after Hungary took the lead we entered a bad rhythm, we had a lot of problems with a man-up, while the goalkeeper of Hungary made a lot of nice saves. Congratulations to Hungary, they went to the final, and now we must think about a next game.

Each of the first four possessions in the match ended with a goal. After each save or block the ball went to a team that attacked, and someone always found the net. In the 4th minute it stood 2:2, Italy took a 1-goal lead twice. The Croats leveled on both occasions.

The defenses strengthened in the middle of the first period. But, a minute before the first break Jerko Marinic Kraguc put Croatia in front converting a double man-up to a 3:2 lead.

The second period started in the same way as the first one – with Italy’s early goal for 3:3. Jerko Marinic Kragic made it 4:3. But, the Italians replied with two goals this time. Francesco Di Fulvio gave the World Championship silver medalists a 5:4 goal scoring with a man-up, after Kharkov was excluded for a foul in Italy’s half of the field. Basic leveled at 5:5, while the Split born Jerko Marinic Kragic added his third goal in the 15th minute and Croatia entered the second half with a 6:5 advantage. 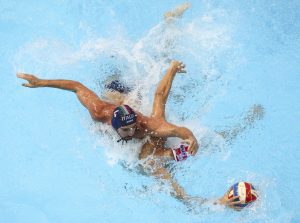 On the other side, Italy entered the third quarter with only 11 players. The “Settebello” started the match with 12 (Vincenzo Renzuto Iodice’s suspension for brutality hasn’t expired yet). In the last second of the second period, Luka Marziali was red-carded for a foul on Marko Zuvela.

Zuvela opened the third period scoring with a man-up for 7:5 (18th minute), and two goals separated the rivals for the first time in the match. The Italians made a lot of nice opportunities to score in the next two minutes, but Marko Bijac was outstanding. Still, the Italians caught up with the hosts, with two quick goals in the middle of the quarter. Bijan couldn’t stop shots from Dolce and Di Fulvio.

But, the Croats responded in the same manner – with two goals to regain a 2-goal lead. Basic scored an action goal, while Marinic Kragic finished a quick 6 on 5 attack for 9:7. However, Croatia had only
one-goal lead before the final quarter, as Fondelli converted a man-up immediately after Kragic’s fourth goal.

Before the final eight minutes, Croatia’s head coach Ivica Tucak had 11 available players (Bukit and Biljaka each committed his third personal foul in the third quarter), and his colleague Alessandro Campagna could count on 10 players. Edoardo Di Somma was suspended after a foul that was followed by Kragic’s goal for 9:7. 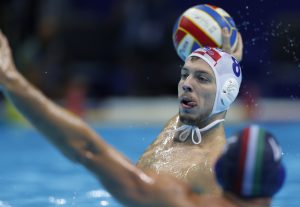 Damonte leveled at 9:9 in Italy’s first possession in the fourth quarter.

Early in the fourth quarter, Fondelli committed his third personal foul, and Italy left with only one field player and one goalkeeper on the bench (the goalie on the bench was Del Lungo, who was replaced by Gianmarco Nicosia in the third period).

In the 29th minute, Basic gave Croatia a 10:9 lead, Bruni answered with a man up for 10:10. The thriller was reaching its culmination.

In the last 95 seconds, Italy didn’t have a reserve field player. Dolce was reveived his third foul for a protest after a penalty was awarded to Croatia. Kharkov converted a penalty to an 11:10 lead. After that goal, Italy had a man-up, but failed to score. Bijan saved a close-range shot from Nicholas Presciutti.

Italy missed a man-up with 25 seeconds to go. In the remaining time, the Croats kept the ball and a ticket for the final.

Marko Bijac thanked the fans in the fully packed Spaladium:

First of all, I want to thank from all my heart our fans for their great support It was a great experience to play here. We did our best and, thank God, it was enough to beat an amazing team of Italy. It was hard, but I think we were very concentrated from the beginning until the end, and I think we deserved the victory.

A power play conversion made a small but crucial difference/ The Croats scored seven goals with a man-up (7/11)/ Italy had 15 attempts with an extra player, and netted six goals.

We expected a tough match. Attacks with a man-up and, therefore, the defense with a man-down decided this match. Croatia was better with an extra man, and I congratulate them.