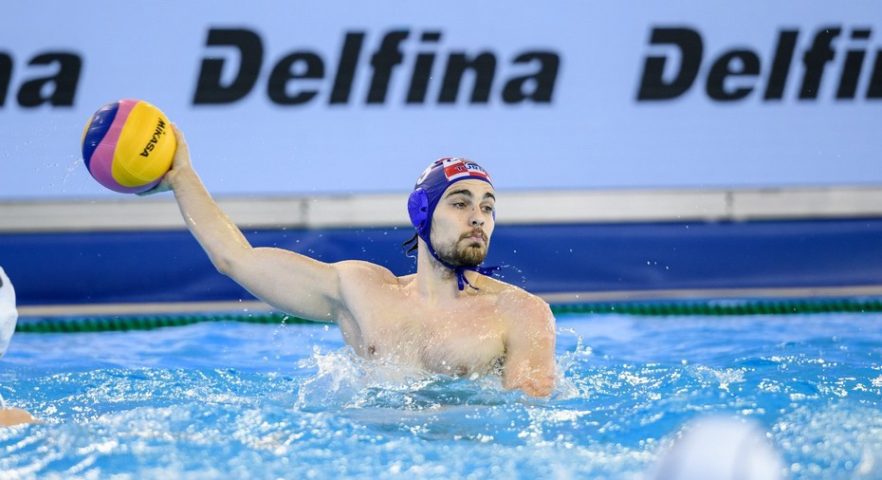 Croatia and Italy will battle tomorrow for 1st place at the tournament “Serbia 2022” in Belgrade.

Croatia defeated Serbia 12:9 in the big derby of Day 2. While Italy convincingly beat 19:8.

Interestingly, until today, Croatia never beat Serbia as a visiting team in an official match.

Croatia has won six, Italy four, and Serbia one point. France suffered two losses in the first two rounds.
Tomorrow, Croatia and Italy will face off in a decisive match for 1st place, while Serbia and France will meet in the last game of the tournament.

Croatia dictated the pace in the opening minutes of the derby against Serbia, which is still without Mandic (who got ill) and injured Jaksic, Lazic and Vucinic. The visitors built a 3:2 lead in the first quarter. At the beginning of the second, Jerko Marinic Kragic converted a man-up for 4:2. Croatia played really well in the attack. It had a lot of opportunities to score, but Serbia’s goalkeeper Lazar Dobozanov was up to the task (he posted nine saves in the first half of the game).

The hosts started coming back midway through the second period. Strahinja Rasovic found the net from the 5m line, while Ognjen Stojanovic leveled at 4:4 from a counterattack. But Croatia regained a 2-goal lead with two quick goals (both with an extra player) in the last 67 seconds of the first half (6:4). The scorers were Buric and Krapic.

According to usual plans, Savic switched the goalkeepers at the middle break. Dobozanov was replaced by Risticevic, who posted a few nice saves at the start of the third quarter. Radulovic opened this period with a goal for 5:6. However, in the 21st minute, the visitors gained a 3-goal lead for the first time – Konstantin Kharkov for 8:5. In the following minutes, the teams exchanged goals, and Serbia reduced the gap before the final period (8:10).

Still, Croatia rebuilt a 3-goal lead early in the fourth after Franko Lazic converted a man-up. Ognjen Stojanovic gave Serbia one more hope scoring his fourth goal this evening and made 9:11 (28th minute).

However, the hosts didn’t go further. A minute and 9 seconds before the end, Marko Zuvela scored from an extra player for 12:9 and killed all the suspense. Croatia secured a well-deserved win.

Stojanovic was the best scorer with four goals. Twelve goals for Croatia were scored by 10 different players.

Italy beat France easier than expected. The World League champions earned a 4-goal lead already in the first quarter (5:1). The French, who played without Ugo Crousillat today, reduced the gap before the first break (3:6). However, Italy opened the second period with two goals for 8:3, and destroyed France’s defense in the third quarter for a comfortable 19:8 victory.