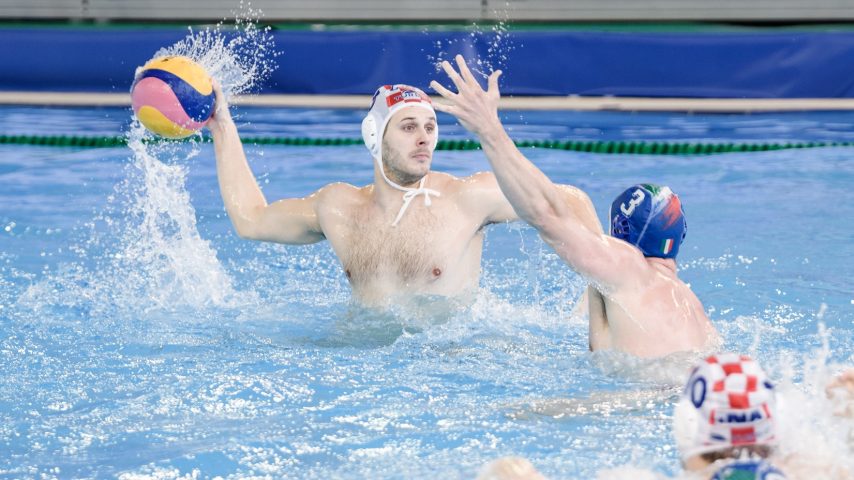 The preparations for the World Championships in Budapest have been coming to an end.

This evening, Croatia beat World champion Italy (13:12) in a friendly match, played in Pula, and took revenge for a 13:15 loss (PSO) suffered last week in Trieste.

The match was an even contest, just like the encounter between the same teams played in Trieste on Friday. However, Italy, led by Francesco Di Fulvio, led for most of the match. The visitors earned a 2:0 lead at the beginning. Still, after that, the difference was never bigger than a goal. Before the final quarter, the score was 9:9. Di Fulvio gave Italy a lead twice in the fourth quarter (10:9 and 11:10). Still, the Croats had the last laugh. Jerko Marinic Kragic leveled at 11:11 with an extra man two minutes before the end. Leftie Konstantin Kharkov scored for 12:11 with 51 seconds left on the clock.

Head coaches Ivica Tucak and Alessandro Campagna announced their rosters for the World Championships in the past few days.

Joint preparations in Belgrade and Budapest

Other favorites have played friendly games recently, and they will play them in the following days. But, unlike the encounters between Italy and Croatia, those are unofficial games. Olympic champion Serbia welcomed Georgia. Later this week, Serbia will have joint training with Team USA in Belgrade. All three teams are coached by Serbian coaches and namesakes – Dejan Savic (Serbia), Dejan Stanojevic (Georgia), and Dejan Udovicic (USA).

Serbia and USA will face off in the first round of the World Championships in the group in Szeged.

Montenegro will also have joint training sessions with the USA (in Belgrade) and Georgia (in Becej).

European champion Hungary trained with Canada in Budapest and played an unofficial match with the North Americans.