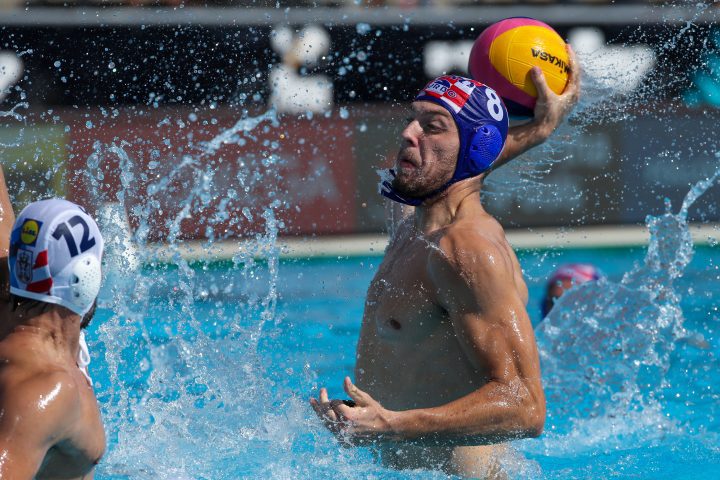 Croatia and Greece are the first two semifinalists of the Men’s World Championships in Budapest.

Croatia beat Serbia 14:12 in the water polo classic. It advanced to the semifinals of the World Championships for the ninth time in a row. Croatia was almost always in front. The Croats imposed their rhythm and didn’t make many mistakes. The third period was decisive. Croatia scored three straight goals in the middle of this quarter and gained an 8:5 lead. After that, the Olympic champions couldn’t equalize and had to congratulate their arch-rival after the final buzzer. 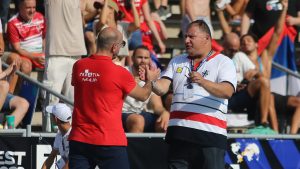 Greece defeated USA 16:11. At halftime, the sides were tied at 7:7. The Greeks opened the second half with a 5:0 series and secured the win.

In the evening session, the other two quarterfinals will be played – Spain – Montenegro and Hungary – Italy. Follow live on Total Waterpolo Arena.

For the sixth time in a row, there won’t be non-European teams in the semifinals of the men’s tournament at the World Championships. Team USA, which finished 4th in 1986, 1991, and 2009, won’t repeat or improve its biggest success at the WCH.

After a 7:7 first half, Greece produced a 5:0 series in the second half, to earn a 12:7 lead and that was the turning point. 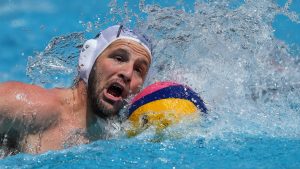 Genidounias scored two goals in the first 96 seconds of the match to give the Olympic silver medalist a 2:0 lead. Still, Team USA didn’t let the Europeans build an advantage bigger than two goals . Early in the second period, the second goalkeeper of Greece Tzortzatos replaced Emmanouil Zerdevas, who had to leave the pool due to a finger injury. The Americans were the better rival in the second quarter, they leveled the score at 4:4, 5:5, 6:6 and 7:7, but they couldn’t take the lead.

Greece’s defense did an excellent job in the second half. The Europeans netted three unanswered goals in the third period. Their center-forward Nikolaidis opened the fourth quarter with a nice back-hander for 11:7. In the 26th minute, Kalogeropoulos was in the right place in an extra-player attack. He converted that man-up, and Greece earned a 12:7 lead with 06:40 minutes left on the clock. 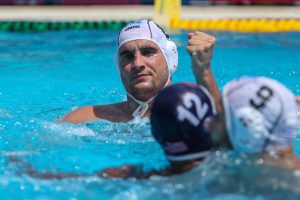 Only for the fourth time since its independence (in 2006), Serbia won’t play in the semifinals at a major competition (World Championships in 2013, 2019, and 2022, and European Championships in 2020). On the other side, Croatia still has a chance to continue a successful series and win its 8th medal at the World Championships in a row.
The Croats deserved the win today. They led most of the time. Serbia chased the rival throughout the game. In the middle of the third period, the Croats built a 3-goal lead for the first time (8:5), which proved vital for their victory. Serbia recovered from that shock, but didn’t catch up with Croatia.

Croatia had 12 players on the roster since Rino Buric’s 3-match suspension hasn’t expired (Croatia’s appeal wasn’t accepted), while Ivica Tucak’s pick for the starting goalkeeper was Toni Popadic, as in the match against Georgia, which proved as a good decision. Popadic played well today.

Both teams started cautiously and were focused on defense. Only two goals were scored in the first quarter. Serbia made more opportunities to score, but it had a worse percentage of shots (Serbia 1/8, Croatia 1/ 4). Jerko Marinic Kragic scored an opener in the third minute. Vikor Rasovic leveled at 1:1 in the 7th minute.

A balanced battle between the rivals of similar qualities continued after the first break, but, with more goals. Croatia took a one-goal lead three times (2:1, 3:2, 4:3). Serbia responded immediately after each of these goals (all three of Serbia’s goals were with an extra player). But, the Olympic champion had no response after Josip Vrlic netted from for 5:4, so the Croats had a minimal advantage at halftime. 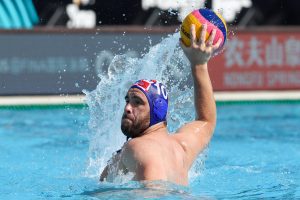 After less than 30 seconds into the third period, Gavril Subotic leveled at 5:5. However, in the following minutes, the Serbs started missing their chances and made some errors in defense. Croatia made the most of it. The Croats scored three power-play goals in 02:06 minutes (Vukicevic, Krapic, Vrlic) and went to 8:5 (04:50 before the last break). After a time-out called by Dejan Savic, the Serbs started coming back very quickly. Dusan Mandic, who couldn’t find the net in the first two quarters and a half, netted three in 87 seconds (an action goal, a power-play and a penalty shot) and the Serbs reduced the gap to one – 8:9 (meanwhile, Lazic scored for Croatia) in the 21st minute. They were back in the game, but they were still behind..

Franko Lazic doubled the Croats’ advantage with an action goal (23rd minute), but Strahinja Rasovic netted from a counterattack shortly after. Only one goal separated the big rivals before the final eight minutes – Croatia led 10:9.

Luka Bukic opened the fourth period with a power-play goal for 11:9, Strahinja Rasovic replied, but Zuvela made it 12:10. In the middle of the quarter, Andrija Basic found the net in the dying seconds of Croatia’s attack. The team with the blue caps regained a 3-goal lead (13:10). The Croats controlled the match in the last four minutes. Radulovic scored for 11:13. But, a minute and 55 seconds before the buzzer, Loren Fatovic found the net with a nice lob. That was the end of the contest. Dusan Mandic’s bomb for 12:14 came too late, just 64 seconds before the end. 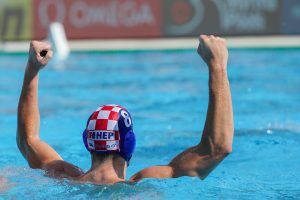 Statistics say that the conversion of power-play shots made the difference. Serbia’s percentage was 38% (5/13), and Croatia’s 58% (7/12)
It was hard to single out the man of the match because all 10 players of Croatia got on the scoresheet. Still, Josip Vrlic was the best.

The schedule of the semifinals is subject to change.

The schedule is subject to change.