U-19 — Greece Celebrates in Varaždin (Croatia)

The international U-19 tournament just ended, and Greece achieved four victories. With this, the young greek national team won the competition, showing they intend to get the top spot at the European Championship in Minsk.

Apart from the victories, the Greeks also got an MVP award. Alexandros Papanastasiou, who recently became the member of the Croatian champions, VK Jug CO, was declared MVP.

On this, Papanastasiou commented:

“We have come to this tournament to see how we stand compared to the other national teams. These teams have been taking all the medals in all categories recently. With that in mind, we are very happy with how we played. We hope this will mean that Minsk will be a big competition for us, and we will hopefully take some medals home.

The key is to play match by match. We’ll play them with full concentration and get to the top in Minsk.

As for the MVP title, I’m really glad I got it, but our entire team’s success is behind it. I would like to thank my teammates for their effort.

My career continues in Dubrovnik, in VK Jug CO. That is a big step in my career and I’m confident that this club will make me an even better player. Of course, I will try my best to do the same for the club.”

U-18 — Croatia Wins The Tournament

The Croatian National Water Polo team won a strong international tournament in Hungary for the World Cup, showing everyone how serious they are for the World Championships in Szombathely, August 11-19.

In the decisive match for the first place, they beat the host Hungary with 10-9. In the tough match, the Hungarian team opened strongly. Until the halftime, they had 4 goals advantage (7-3). In the third quarter, the Croatian team turned the situation upside down. They took the lead and kept it until the end of the match.

Tin Brubnjak was the MVP of the tournament. The best goalkeeper was Antonio Vukojević, and Marko Radulović was the best shooter. All of them are from the Croatian team. 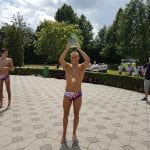 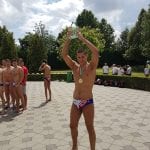 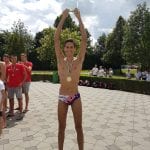 “First of all, we started the match badly. We made several mistakes in the beginning, allowing our opponent to take the lead. We did not enter the match as we intended. Our defence was slow when returning and in transition, we have made to many mistakes which give them wings in the first part of the match which they dominated, breaking our defences and over swimming us. In the second half, we managed to get together and the guys played great. In the third and fourth quarters, we collected ourselves, took the lead and kept it to the end. We showed both the character and will these young players have. Which is very important for what we intend to do in near future. The conquest of this tournament is very encouraging for the young team and this is one of the biggest gains we had today.

I must point out that during the tournament we have not departed from our preparation plan. We worked very well both physically and technically, and the guys showed an enviable level of discipline, work, concentration, and desire. With all the achievements so far, including this tournament, we are very satisfied.

Now we have a couple of days of rest and then we’re off to Niksic/Montenegro, where we’ll play with Montenegro team. We’ll finish with building our form in Belgrade on the Comen Cup. There, we will already know the state and the composition for the World Championship.” 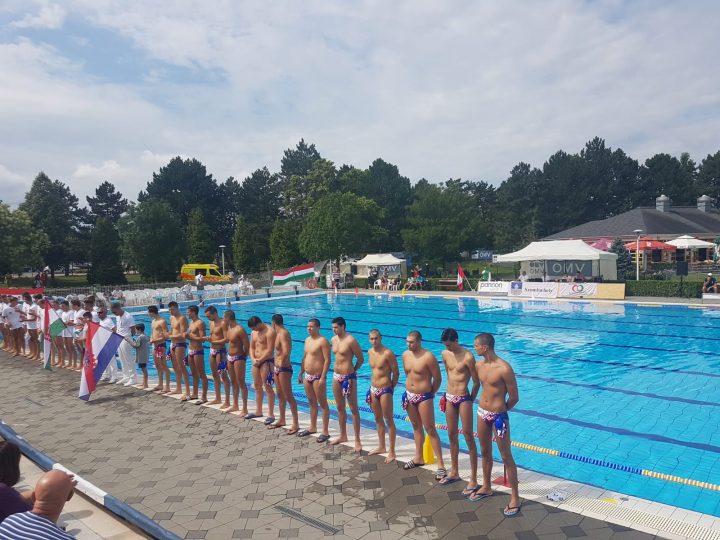