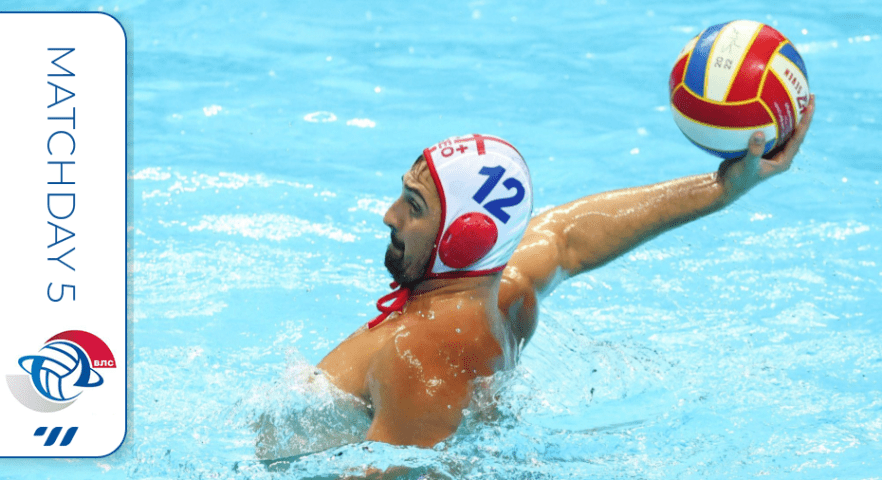 The Red Whites and the Kragujevac-based team faced off this evening in the first match of the 5th round. The big rivals shared the points in an excellent game– 9:9.

Before the derby in Belgrade, Radnicki recorded six wins in as many games this season (Serbian and Regional League). Crvena Zvezda stopped that winning streak. In addition, it ended its poor run in the games against Radnicki. The Kragujevac-based team. beat Crvena Zvezda in the previous six encounters between the two teams. Crvena Zvezda hasn’t defeated Radnicki since the win in the final of the Serbian Cup in December 2020.

The encounter in Belgrade was also a clash between Serbia’s former head coach Dejan Savic and his successor Uros Stevanovic (Radnicki). The latter couldn’t count on all of his best players.  Radnicki was without Milos Cuk, who got ill. On the other side, Crvena Zvezda’s captain Milos Vukicevic, who missed the previous few matches due to an injury, was back into the team.

Radnicki, the favorite in this game, dictated the pace in the opening minutes. It led 3:1 at the first break. At the beginning of the third period, Stanojevic found the net for 6:3. Still, after that goal, the rhythm of the game changed. Crvena Zvezda produced a 3:0 rush. Thirty seconds before the end of the third period, Marko Radovic converted a penalty for 6:6. Still, Nemanja Vico beat the buzzer and gave Radnicki a 7:6 lead in the last second of this quarter.

Lukic doubled the visitors’ advantage from a penalty (8:6), but Crvena Zvezda responded with a new 3:0 series (Milojevic,Tankosic, Vasic). Radnicki missed too many 6-on-5 opportunities and paid for it. Two minutes and a half before the end, Vasic put Crvena Zvezda in front (9:8). However, Vico leveled at 9:9 with 106 seconds to go. In the remaining time, both teams had two chances to earn a win apiece, but nobody found the net and the match ended in a draw.

Radnicki’s man-up conversion was just 2 of 11. Crvena Zvezda was better in this segment (5/13). Crvena Zvezda’s Marko Radovic was the best scorer with three goals. His teammate, goalkeeper Vladimir Misovic was one of the best players of the game.

Winning one point, Crvena Zvezda ended its series of losses in derby games after defeats to Partizan in the third (6:10) and Novi Beograd in the fourth round (7:15).

The remaining four games will be played on the weekend.

More news about water polo in  Serbia and Croatia