David Martin: We are motivated for challenge in Strasbourg and always target gold 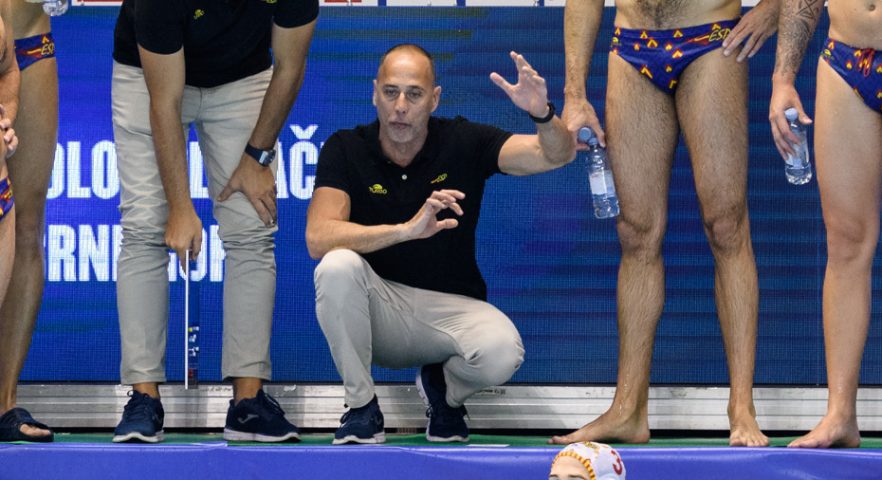 A competitions-packed water polo summer continues in a few days. The Super Final of the Men’s World League Super Final begins in Strasbourg on Friday (July 22 – 27).

Now, the biggest tournament of the year is behind the best water polo teams. Many players are tired. Some of them face a lack of motivation after the highlight of the year.

Lack of motivation might be a problem for the best ones. Spain is a newly-crowned world champion. The Spaniards won the gold after several losses in the finals. Are they eager for a new challenge less than two weeks after becoming the world champions?

Asked if it is challenging to prepare the team after great success in Budapest, Spain’s coach David Martin said that it wasn’t very easy, but added:

“The players are very motivated for this new challenge. Players who played in Budapest had one week off. The most important thing is to recover them physically because they are mentally prepared. The players who enter this competition have trained well and are eager to play for the national team”, Martin told Total Waterpolo.

This water polo summer is very long and won’t end in Strasbourg for the European teams. They will play at the European Championships in Split in late August and early September. Do you plan to go to Strasbourg with a rejuvenated team? Will you make some changes on the roster?

“Yes, we are going to rest the players who have played the most minutes throughout the season. Perrone, Munarriz, Granados, Larumbe and Mallarach continue to rest. We also need to give game minutes to young players who have trained very well during the summer. The World League is a very good opportunity to see the development of the youngsters because you play six matches in six days.”, David Martin underlined.

Spain will come with a new team, but with the same ambitions.

“Spain always plays the competitions to win. In this case, we go with a younger team, but we think that we will have our options to win the gold medal”.

The world champion is one of the title contenders. Who else will battle for the crown?

“In the past seasons, all competitions were very open, and there were many teams with real chances to win the gold medal. I think that the Super Final in Strasbourg will be the same. Serbia, Italy, and Spain may seem like the favorites, but Montenegro, USA and France have to be taken into account.”, Martin said.

In the group stage, Spain will play in Group A with Serbia, Montenegro and Australia.