Decision day for Ferencvaros and Hannover 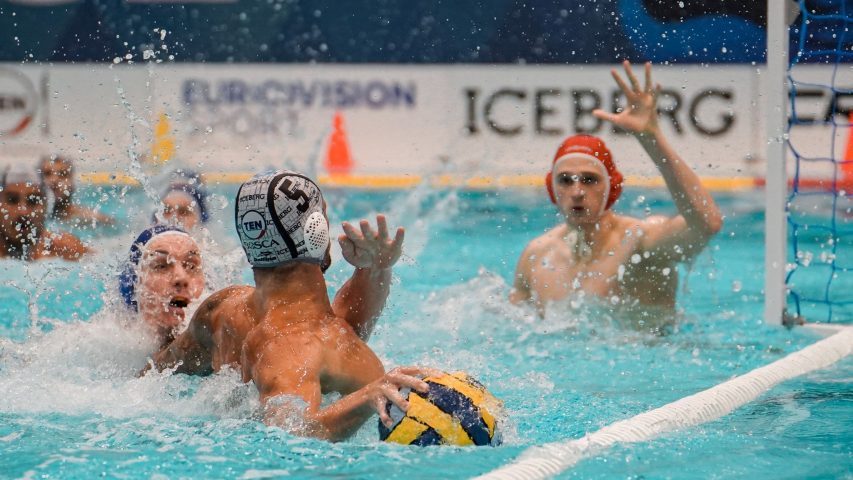 Two rounds before the end of the Champions League Preliminary Stage, almost all tickets for the Final Eight have been booked.

Host Novi Beograd, Brescia, Pro Recco, Marseille, and Jug have already qualified. Barceloneta is very close to securing a trip to Belgrade. Besides these six teams, Ferancvaros and Hannover are among the top eight before Day 13.

After the 13th matchday, the list of the F8 participants may be complete.

Ferencvaros (Group A) and Hannover (Group B), the clubs that recorded valuable away victories ten days ago, will have the “match balls”. If they win tomorrow, they will play at the F8. The Hungarians and the Germans will not have too high hurdles in this round, but neither Ferencvaros nor Hanover can count on easy points. If they don’t secure tickets for the F8 this week, Ferencvaros and Hannover will complicate their road to Belgrade, because both teams will have challenging matches in the Round 14 that will be played on May 10/11.

Olympiacos (Group A) and OSC (Group B) hope they can secure F8 berths, but they have really slim chances, which depend on the results of the other teams.

Three games of Group B will be played this evening, while one of the crucial matches is scheduled for Wednesday.

Hannover will welcome Spandau in the German derby on Wednesday evening. The best German clubs have met four times this season. Spandau won both games in the national league, the Champions League match in Berlin ended in an 11:11 draw. Hannover has recorded one victory over Spandau this season. It happened in October, in the German Cup final. Spandau has nothing to lose in tomorrow’s game, and that might be the Berliners’ advantage. But, Hannover gained great momentum two weeks ago with a convincing win over OSC in Budapest. If Hannover repeats the performance from Budapest, it will probably defeat Spandau and secure an F8 berth.

In the last round, Hannover will host one of the favorites Jug, so they don’t want to leave the decision for Day 14.

OSC plays another home match, this time against Crvena Zvezda. The Serbs are out of the race, but they proved that favorites mustn’t underestimate the team coached by Dejan Savic. Pro Recco earned a hard-fought win over Zvezda in Belgrade in Round 12. There is no doubt that Crvena Zvezda won’t surrender easily.

Marselle will host Jug Dubrovnik. The French are in great shape. Since a 14:9 victory over Jug in Croatia, they have achieved 10 consecutive wins, and they are in a battle for the top spot in Group B. Still, Marseille will most likely finish in 2nd and Jug 3rd in the group. However, if the Croats record a 6-goal win in France, their chances of reaching 2nd place will get higher significantly.

Pro Recco goes to Bucharest to face Steaua. The game against Crvena Zvezda was a good lesson for the European champions, so they will not enter the match against the Romanians relaxed. If Recco defeats Steaua and does not lose to Marseille by seven goals in Italy in the last round, the titleholder will remain atop the group. It’s a realistic scenario.

As usual, there are more derbies in Group A than in Group B in each round this season.

Let’s start from the game in Athens, where Olympiacos and Novi Beograd will face off.

After an 8:10 loss to Ferencvaros two weeks ago, Olympiacos needs a series of miracles to reach the F8. First, the Greeks have to defeat Novi Beograd in Piraeus tomorrow. Everything is possible in an encounter between the teams which were the biggest favorites for the title before the season. Olympiacos defeated Novi Beograd on Day 2 in Belgrade. However, the Serbs have improved their shape since the start of the season. The match against Olympiacos is essential for them, too. They want to keep their chances of reaching the top spot. The Serbs arrive in Piraeus without Angelos Vlachopoulos and Djordje Vucinic, who are injured. It’s questionable if Dusan Mandic will be able to play.

A draw would suit neither of the sides. But, whatever happens in Piraeus, the plans of the side that wins in that match will depend on other rivals.

After two important away wins in the previous two rounds (against Novi Beograd and Olympiacos), Ferencvaros needs three points to secure its 3rd consecutive appearance at the F8. Tommorow, Ferencvaros will play against Radnicki. The Serbian Cup winner will play for pride, but it can be a dangerous opponent. In the 2nd round, Radnicki won a point against Ferencvaros, scoring four unanswered goals in the last few minutes.

Just like Hannover, Ferencvaros will play a home match against a better-placed team on Day 14. Brescia will arrive in Ferencvaros in mid-May. Undoubtedly, the match against Radnicki is a better opportunity for the Hungarians to book a ticket for Belgrade.

Barceloneta, which has played better and better, finished the domestic season last week, with the new title in the Spanish League. The crowned Spanish champion still has a chance to win 1st place in Group A. The Spaniards have to beat Brescia with a 2-goal winning margin to stay in a race for the top spot. On the other side, one point in the last two rounds will be enough for Brescia to cement 1st place. But neither of the remaining two matches won’t be an easy task. In the 14th round, Brescia travels to Budapest to face Ferencvaros.

The only match which won’t affect the battle for F8 berths will be an encounter between Dinamo and Jadran Split.