Denes Varga: This game almost made me hate this sport! 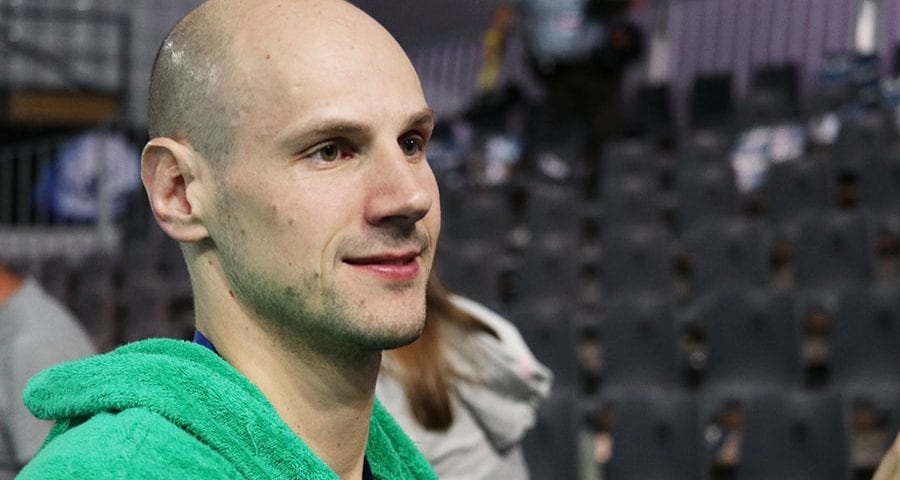 Ferencvaros made the unthinkable: starting its quest in the qualification and arriving to the Final Eight from the fourth place in the group they ended up with the Champions League trophy in their hands. The Hungarians won a thrilling final against title-holder Olympiacos which made a great comeback in the fourth period but lost the shootout (just like in the Super Cup final in December). Recco got the bronze as they turned the match against Barceloneta.

MVP of the Final Eight Denes Varga (Ferencvaros) briefly summarized his view on the final game for us: “This game almost made me hate this sport. But winning is always good and the most important thing is that this team could handle any circumstance. I’m proud of these guys!”

Ferencvaros could earn a single point against the top three teams in the group stage – now in Hannover they brought down 2016 champion Jug Dubrovnik in the quarters, beat 2014 winner Barceloneta in the semis and finally edged out title-holder Olympiacos in a magnificent final. Quite a feat from a team which was a newcomer in the finals.

The Hungarians kicked off the match in style, as they netted three action goals, especially Denes Varga’s magic worked again which gave FTC a 1-3 lead after eight minutes. And they rolled on, after 2-3 another double arrived in a span of 48 seconds for 2-5. And that was just the start of the flood, Olympiacos hit two soon but the Serbs in Ferencvaros were on fire, Stefan Mitrovic and Slobodan Nikic both buried the extras and 5 seconds before the middle break Marton Vamos blasted his second, so the greens led 5-8 by halftime while Olympiacos’s goalie Josip Pavic stood with a 1/9 saving stat (the Greeks conceded 7 goals in the 2018 final from Recco…).

Still, there were two more periods to go and when Pavic delivered his second save, it was a penalty stop at 6-8, seconds later Konstantinos Mourikis’ brilliant centre-action seemed to put his team back on track as it stood 7-8 instead of 6-9. Ferencvaros responded well, however, Mitrovic netted his third and even though the Magyars lost their top weapon Denes Varga with three fouls, Soma Vogel also delivered some saves in man-downs and Aaron Younger reset the three-goal gap for 7-10. Szilard Jansik could even have made it four at the end of the third from a clear chance but his lob was terrible.

And in the fourth the game started to get similar to Ferencvaros’s quarter-final against Jug where they entered the last period with a four-goal lead but almost blew the substantial lead. The season’s top scorer Konstantinos Genidounias came up with a great action shot from the first possession which was followed by five minutes of hell for those swimming up and down. Twelfth period on the third day for all, players burnt their very last reserves – both sides had two man-ups but missed them. Pavic ‘came back’ to the game with great saves, and with 2:12 to go Ioannis Fountoulis finally netted a great one-timer for 9-10. And 48 seconds later it was even, Genidounias netted his 5th goal in the evening from an easy man-up (they were 4 on 2 at the end of the counter) so Olympiacos equalised 96 seconds from time. Ferencvaros seemed to be a bit lost as the Piraeus fans created an electrifying atmosphere but Vogel did another save and with 28 seconds from time the Magyars had a man-up to win the match. But Pavic managed to get a hand on Kallay’s shot in the dying seconds so the trophy was decided in a penalty shootout.

This scenario was well-known for the sides as their Super Cup final in December went down to the 5m line as well. (Ferencvaros also won a shootout to reclaim its domestic title one month ago.)

The duel started as the game finished: Pavic caught Jansik’s attempt while Stylianos Argyropoulos sent the ball home. Tamas Sedlmayer’s shot went in from Pavic’s hand, then Alexandros Gounas hit the post, just like Emmanuel Mylonakis’s shot, between the two Younger scored. But Mark Kallay, who finished off the shootout in December, also found the post and Georgios Dervisis made his one so it stood 2-2 after four rounds. Nikola Jaksic’s blast didn’t leave any chance for Pavic, nor Genidounias for Vogel, so came the sudden death. And it came soon: Jansik was on target this time while the nerves took over as Argyropoulos’s ball almost crashed the woodwork and the Ferencvaros players stormed the water to celebrate their triumph – starting the season in the qualification and arriving to the Final Eight as a group’s 4th ranked team, this was something of an unreality beforehand.

Too bad for Olympiacos: after their women’s team lost the Euro League final in Sabadell, now the men’s also got silver. At the other end Ferencvaros celebrated not only a historical first but they also joined a unique circle of clubs which managed to win all European trophies (Champions League, Cup Winners Cup, Euro Cup, Super Cup) – they are the 4th on board after Pescara, Partizan Belgrade and Posillipo Napoli. 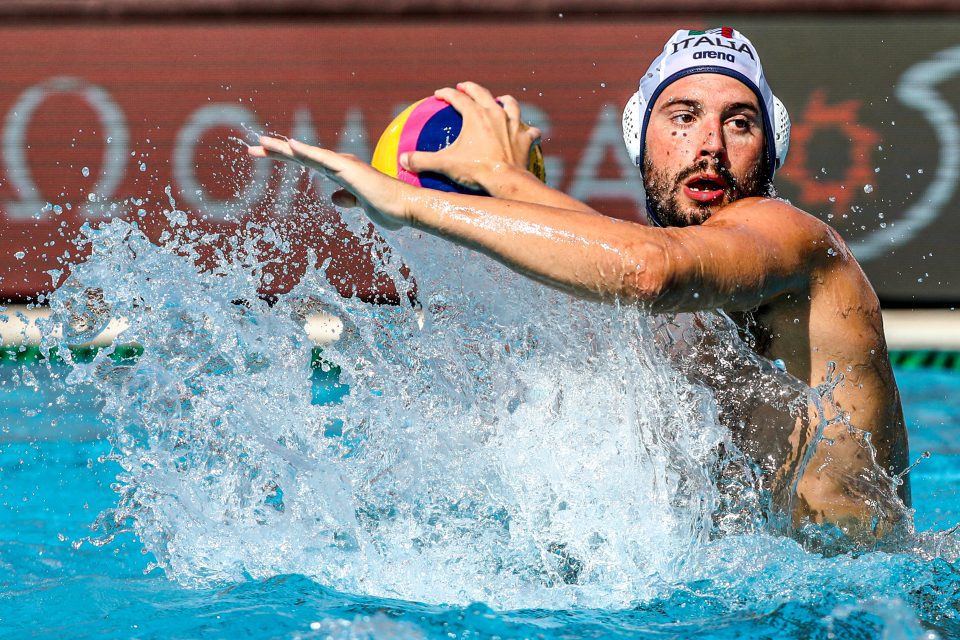 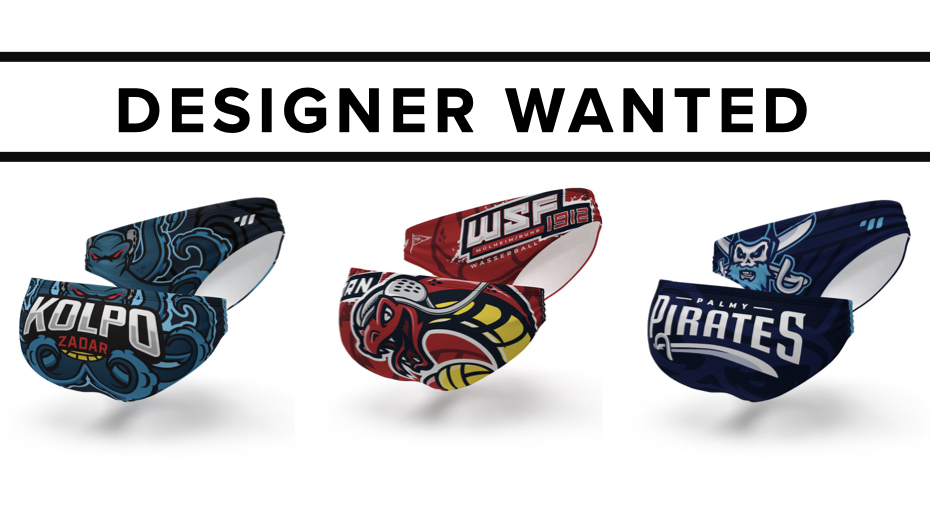 Wanna work for Total Waterpolo? We are looking for a designer and… 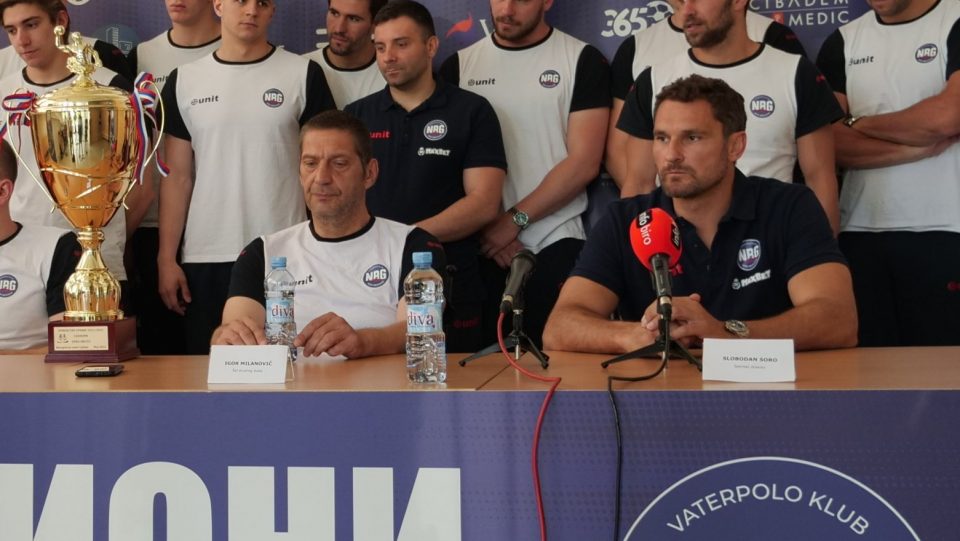