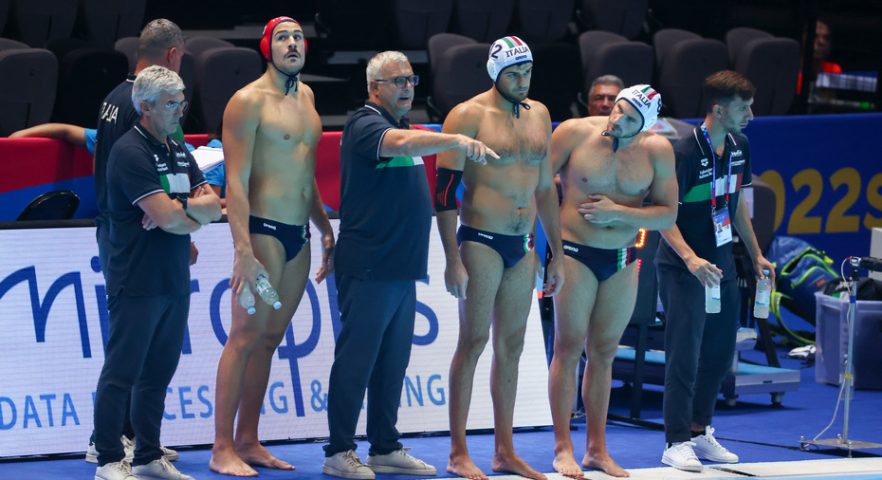 Italy will play with 12 players in today’s bronze-medal match against Spain at the 35th European Championships in Split.

After the semifinals against Croatia, LEN suspended Luca Marziali (one match for brutality against Zuvela at the end of the 1st half) and Edoardo Di Somma (2 games for protest in the 3rd quarter).

The Italian Swimming Federation appealed against the decision, and LEN accepted that appeal partially. The two players won’t be on the roster for today’s encounter with Spain. Their suspensions have been confirmed. Still, Di Somma can be replaced by another player.

To remind, Italy’s head coach Alessandro Campagna had 12 available players in the quarterfinals and the semifinals because Vincenzo Renzuto Iodice was suspended for brutality committed in the match against Montenegro. His suspension expired and he can return to the team.