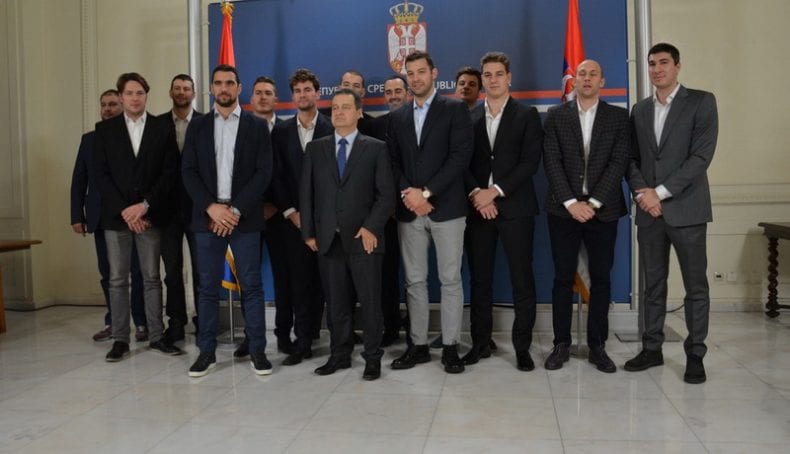 “I am very pleased that after several years we have implemented this agreement because it is hard to implement all the obligations water polo players have. I no longer even know with which award they should be rewarded with – they deserve diamond and even gold passports,” said Dačić.

Filip Filipović, the captain of the Serbian Team, commented:

“Water polo is our most trophied sport. Considering how much is invested and achieved is really disproportionate. Certainly much less than in commercial sports and it’s still beyond comparison. As the Minister suggested, we will try our best to stay on top and play well.”