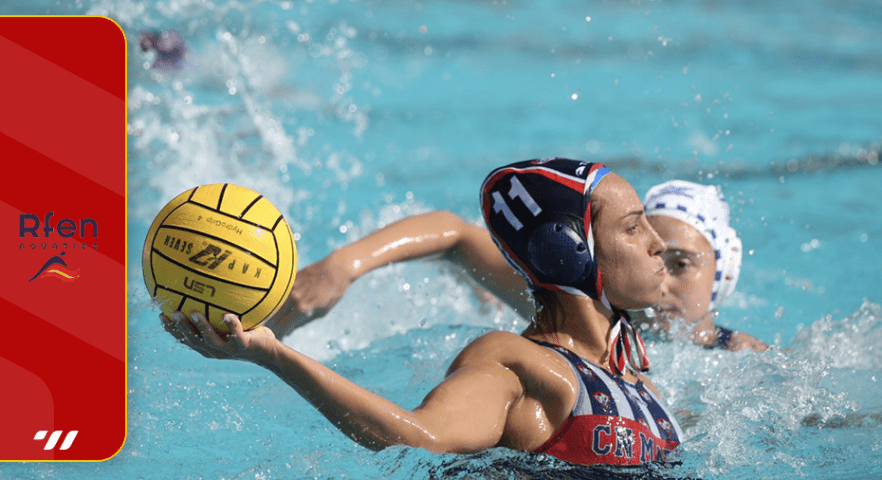 The women’s Division de Honor has returned for its fifth matchday, with Spain in high spirits after their World League Super Final victory last weekend.

The weekend’s biggest story, however, comes from today’s rescheduled Matchday 3 contest between Mataro and Sabadell, in which Sabadell enjoyed a convincing 16-9 victory. The game was a disappointing spectacle in the end, owing to Sabadell’s commanding performance against an underwhelming Mataro side.

Mataro did however manage to secure a victory this weekend, having played a tough 13-11 game on Saturday against Terrassa.

With Mataro and Terrassa both losing this weekend, Sabadell, Mediterrani, and Tenerife Echeyde are the only remaining teams with a perfect record. Mediterrani downed Barceloneta 16-7, with a strong third quarter from Mirian Diaz’s team being crucial. Echeyde defeated Boadilla, but their victory was far from convincing; they scored the game-winning goal in the final minute to seal a 6-5 victory.

Catalunya, like Echeyde, was forced to mount a valiant comeback against Sant Feliu in order to secure three crucial points with a 13-11 victory. At Can Roses, Rubi routed Zaragoza 14-5.

Sabadell has made a major statement in the women’s Division de Honor by defeating rival title contenders CN Mataro by a healthy  score of 16-9.

Nona Perez, who is in the best shape of her life, scored four more goals in today’s pivotal match, the third meeting between these two Spanish Women’s water polo titans this season.

Judith Forca scored three goals in the opening eight minutes as David Palma’s squad jumped out to a 5-1 lead in a blazing start.

Mataro’s game was stabilised early in the second quarter by two Dutch players, Vivian Sevenich 2 and Simone Van de Kraats (5-4), but a quick double from Mati Ortiz followed by goals from Nona Perez and Bea Ortiz gave the away team a 9-4 advantage. 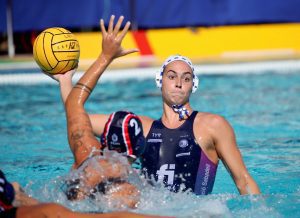 Mataro attempted to gain ground in the third period, but the reigning Spanish champions were unfazed; Van der Sloot and Perez’s braces in the final minutes of the game gave Sabadell a crucial away win.

In a championship with play-offs at the end of the season, a single poor performance is relatively insignificant. However, Dani Ballart will be troubled by the manner in which Mataro was defeated today. Perhaps the tough game against Terrassa yesterday took a physical toll on his players in this rescheduled game from Matchday 3.

Next weekend, Mataro will travel to Portugal to face Olympic Nice, Vouliagmeni NC, Pacence, and ZVL 1886 as they begin their Champions League campaign.

After sixteen minutes of play, the score was tied 6-6 between both teams. However, three unanswered goals in the first three minutes of the third quarter (Sevenich 2, Keszthelyi) put Dani Ballart’s squad in the driver’s seat. Pili Pena and Fleur Bosveld scored later in the quarter to keep Terrassa in the game (10-8), but Mataro’s Anna Gual scored a pair of early goals to close out the clash.

Marian Diaz’ Mediterrani won 16-7 against Barceloneta thanks to another outstanding team performance. At halftime, the score was close (6-3), but CNAB’s monumental collapse in the third quarter gave Mediterrani a decisive victory.

Medi have a mini break before their next league game due to the women’s Champions League. Their five game unbeaten streak might well be in jeopardy as they will play Sabadell on their return to domestic league action, in what will be a hugely entertaining clash.

Catalunya had to come from behind to defeat Sant Feliu today. Gabor Egedi’s team trailed 11-10 entering the fourth and final quarter, but a clean sheet and three goals (two from Clara Diaz and one from Susana Diaz) in the final eight minutes gave Catalunya its second victory of the season.

Next week, Catalunya will face Barceloneta in a pivotal match. Catalunya has now gone three games without a loss. Dutch player Maartje van Rijn, their leading scorer this season, scored four goals in the game.

Tenerife Echeyde are still undefeated in their inaugural top-flight season, but their match against Boadilla was a nail-biter that they won by a single goal.

The East Madrid team overcame a two-goal deficit in the third quarter to tie the game at five goals apiece (5-5) in the fourth quarter.

Echeyde were fortunate today, but they will need to be much better in their next game in their toughest challenge against the reigning champions Sabadell.

Rubi won their first game of the season with a convincing 14-5 victory over Zaragoza. Prior to this match, both teams had been in quite poor form, and both were seeking their first victory.

The scoreboard accurately represented the disparity between the two teams. Rubi led 7-1 at halftime; club veteran Amanda Trivino contributed four goals, and the young Spanish U20, Claudia Moreno, added three more to her total. After five games, Zaragoza has the worst record in the league.