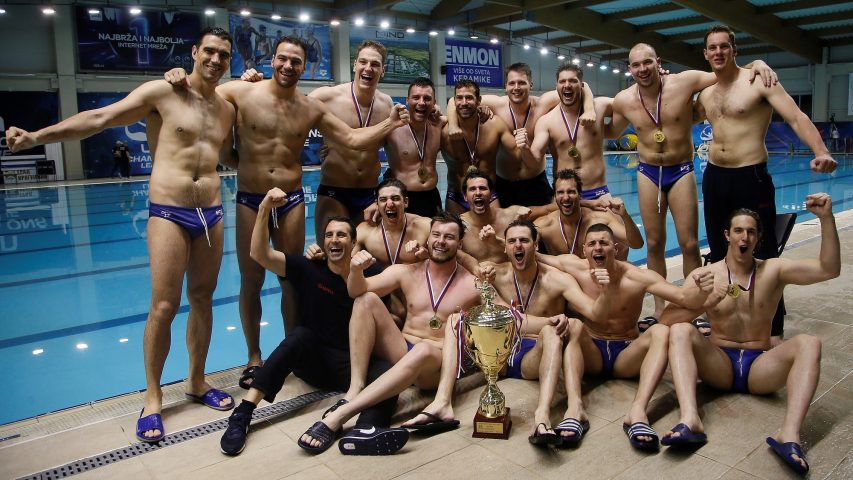 Novi Beograd is the champion of Serbia.

The Belgrade-based team beat Radnicki after a penalty shootout (17:15) in the second game of the final.

The match was an action-packed thriller. Radnicki had a 3-goal lead in the middle of the third period. But then Novi Beograd took control. The visitors dictated the pace in the fourth period, but Radnicki didn’t surrender and chased the rival. Just 3,9 seconds before the end, Novi Beograd scored a goal for 14:13. But, it turned out that it wasn’t a winning goal. The hosts beat the buzzer. They leveled at 14:14 in the last second of the match. Therefore, the game entered a penalty shootout.

The visitors had stronger nerves at the end of the drama. They netted three goals in the shootout, conceded only one, and won the second trophy in the club’s history (after the 2022 Regional League).

Novi Beograd took revenge for two defeats to Radnicki in the finals in the past 12 months (2021 Serbian Championships and 2022 Serbian Cup). 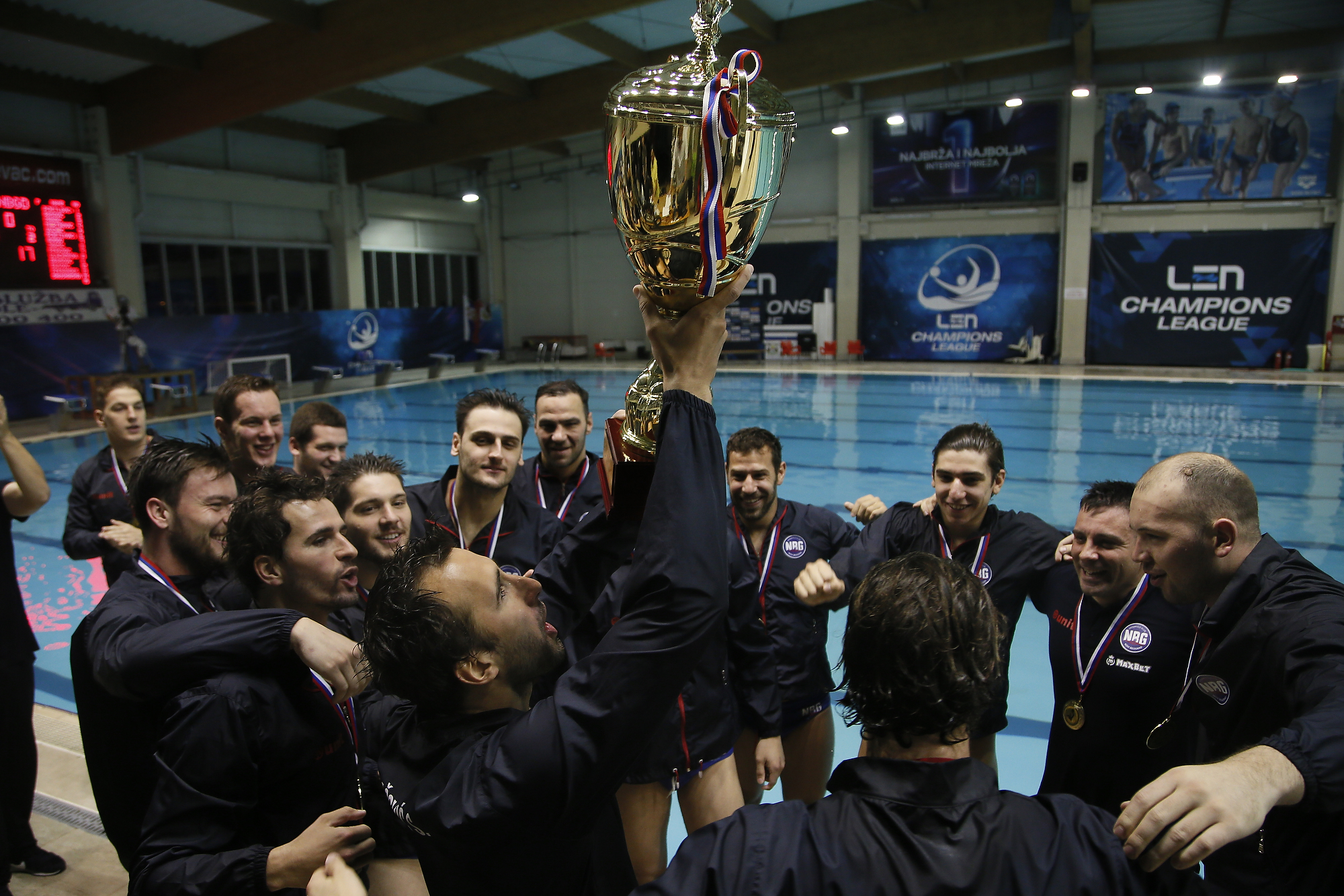 Sabac won 3rd place beating Partizan in both matches of the 3rd-place playoffs. Crvena Zvezda finished in 5th, and Vojvodina in 6th place in the Serbian League.

In the first match, played in Belgrade, Novi Beograd recorded a convincing 17:9 win. The second match was a completely different story.

On Wednesday, Novi Beograd led 7:4 after the first quarter. Today, the first period saw only three goals. Radnicki led 2:1 after eight minutes. Early in the second quarter, Radnicki’s captain Filip Jankovic converted a penalty shot, and two goals separated the rivals for the first time (3:1). Radnicki controlled the match and maintained a 2-goal difference until the middle break (6:4). In the middle of the third quarter, Nikola Lukic gave Radnicki a three-goal lead (8:5). Still, the visitors cut the deficit (7:8). Lukic added another goal for 9:7 with only 14 seconds left on the clock in the third period. But, Angelos Vlachopoulos closed the third period by scoring a counterattack goal in the last second of the quarter.

The visitors opened the fourth period with two quick goals – Drasovic scored from a 6 on 5 to level at 9:9. In the 26th minute, Dusan Mandic finished a counterattack with his first goal in the match and Novi Beograd went in front for the first time (10:9). But immediately after, Cuk responded with a nice lob (10:10). Novi Beograd took the lead four times in the rest of the game, but Radnicki equalized on each occasion.

After 13:13, both teams missed a few nice opportunities to earn a lead, including missed man-ups. Eight seconds before the buzzer, Novi Beograd earned an extra player. Djordje Vucinic hit the back of the net with 03,9 seconds left on the clock. Novi Beograd had a 14:13 advantage and many believed that the thriller was over.

But, the end of the game wasn’t near. Just one second before the final buzzer, Novi Beograd’s goalie Gojko Pijetlovic saved a long-distance shot from Marko Radulovic. The ball went behind the goal, so Radnicki had a chance to equalize in the last second after a corner throw. And the hosts did it Radulovic assisted from a corner throw. Young Stefan Brankovic was in the right place and scored for 14:14. Radnicki had a double man up (7 on 5) in that quick attack – one of Novi Beograd’s players was excluded, while Radnicki’s goalie Lazar Dobozanov helped his teammates in front of the visitors’ goal.

So, the big battle, with many exclusions (22 for Radnicki and 19 for Novi Beograd) wasn’t finished yet.

Before the penalty shootout, Radnicki’s second goalkeeper Stefan Todorovski replaced Lazar Dobozanov, who was excellent in the regular time (16 saves). But, Todorovski couldn’t save any of the shots in the first three rounds. At the other end of the pool, Radnicki’s players scored only one goal . After three rounds, Dobozanov substituted Todorovski. In the 4th round, Gogov (Novi Beograd) and Vrlic (Radnicki) missed and that was the end. Novi Beograd recorded a 17:15 victory. 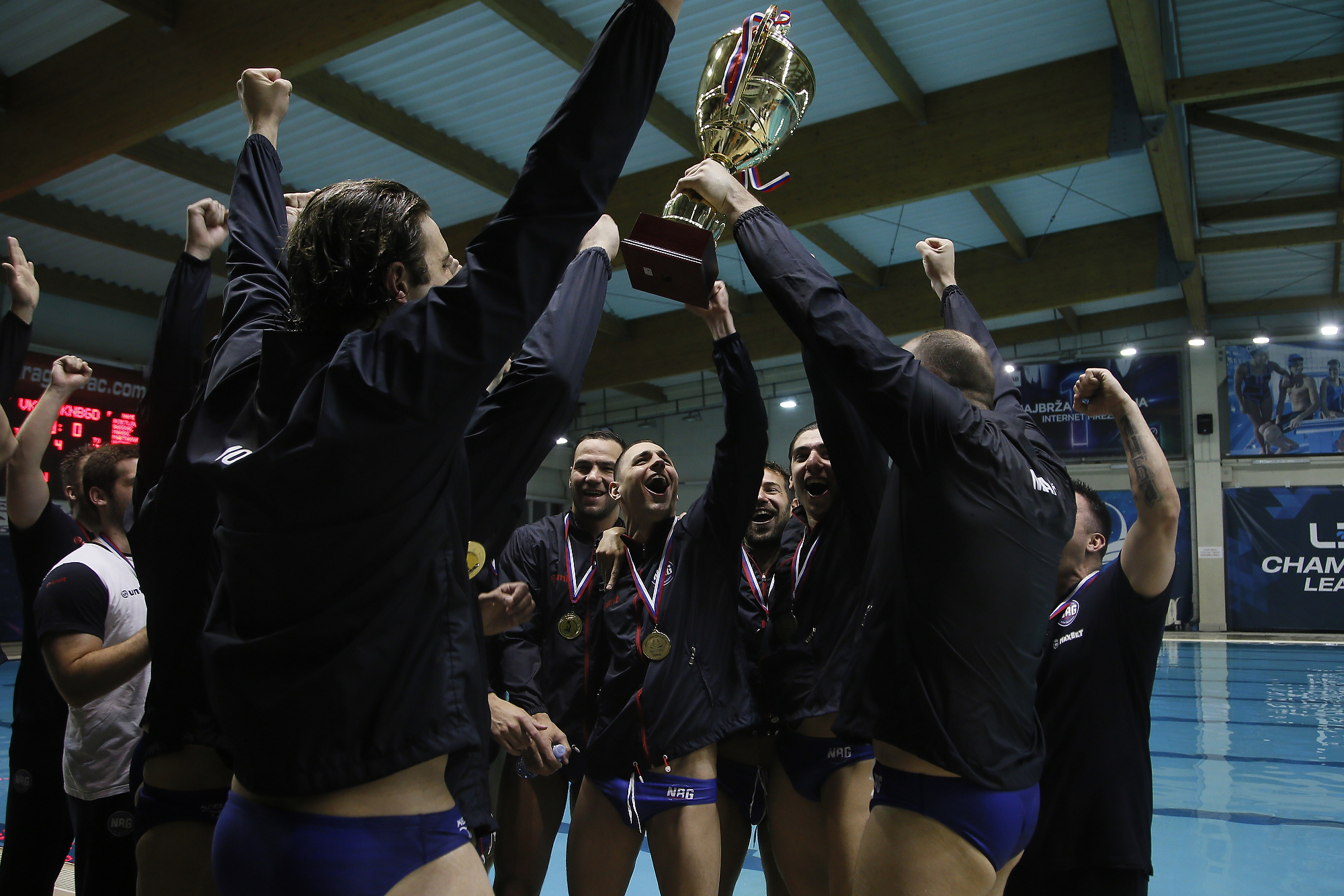 Double Olympic champion Dusko Pijetlovic, one of the most experienced Novi Beograd players, commented after the game:

“We didn’t play well, but we managed to stay calm throughout the match and come back after being three goals down. We were very close to a victory in the regular time. Radnicki’s last-second equalizer was a shock for us. However, our calmness helped us recover from that shock and celebrate the win after the penalty shootout.

The second match of the final was probably our best game against Novi Beograd this season. We played even better than in the final of the National Cup when we won the trophy. In the end, luck wasn’t with us in the penalty shootout. I congratulate Novi Beograd on the title. But, I congratulate my teammates, too. This was a successful season for Radnicki.

After a quite surprising win in the first match in Belgrade (12:11), Sabac beat Partizan at home, and secured itself a spot in the Champions League qualifications, while Partizan will play in the LEN Euro Cup. To remind, Sabac finished 5th, and Partizan 2nd in the regular season.