Draw for Champions League Qualifications: Round 2 in Hungary, Croatia and France

The tournaments of the LEN Champions League Qualification Round 2 will be played in Hungary, Croatia, and France.

The draw for the second phase (October 8 and 10) was held after the end of Qualification Round 1.

A lot of interesting encounters will be played in the next round.

Group E, which will be staged in Paris, is, at first sight, the strongest one. Host Noisy-le-Sec, the runner-up in the 2021 French League, will welcome Italian champion Brescia, OSC Budapest (Hungary), and Terrassa (Spain). Brescia won the bronze medal in the 2020/21 Champions League. OSC was the finalist of the LEN Euro Cup and the Hungarian Championships last season. The Budapest-based team was the only team with a perfect record (6 wins in as many matches) in the first qualification round.

Hungarian champion and LEN Euro Cup winner Szolnok will be the host of Group C. Besides Szolnok, Vouliagmeni, Savona, and Jadran Herceg Novi were drawn into this group.

Two groups will be played in Croatia. Mladost Zagreb, the Croatian champion will organize the tournament of Group D, while Jadran Split will be the host of Group F.

The top two teams will advance to the third phase.

The group winners will be in the first and the 2nd-placed teams in the second pot of the draw for the third stage. The winners of the four duels in the Qualification Round 3, which will be played on a home away-basis (October 16 and 20), will qualify for the Champions League, while the losing teams will continue their European season in the LEN Euro Cup quarterfinals.

The Champions Main Round begins on October 26/27. 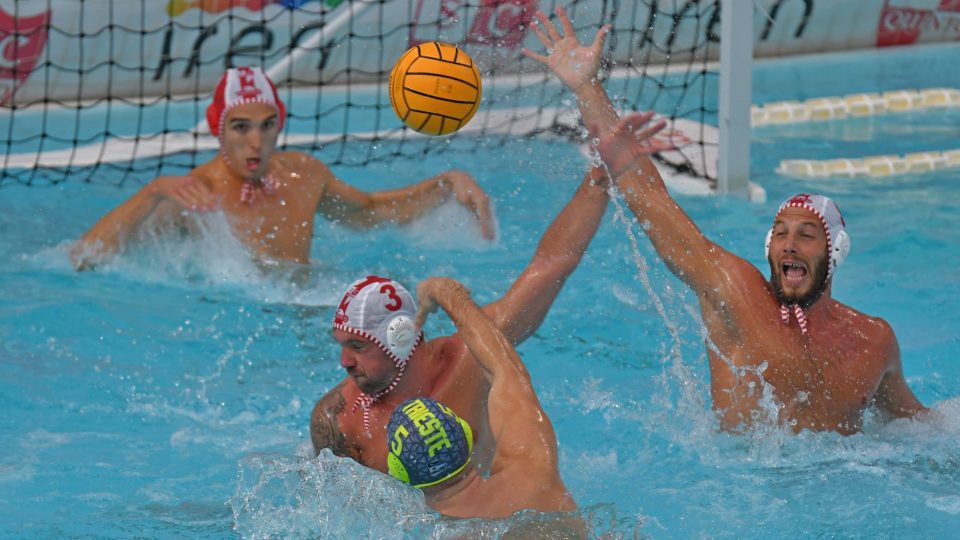 First wins for two returnees to Serie A1