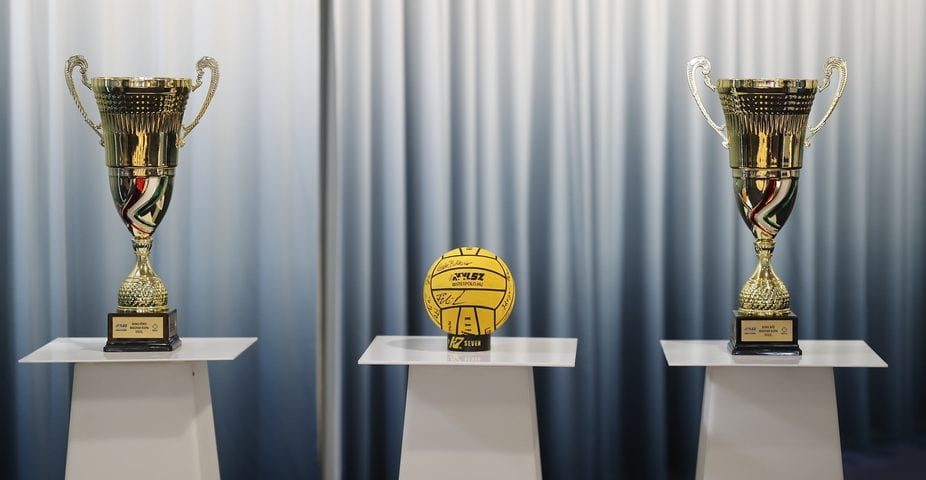 The draw for the Hungarian Cup was held in Budapest today. The competition formula is unusual and interesting. The Cup for men will be played in four stages.

In the first stage, the 16 teams are split into four groups.

The draw for the first stage

In the first stage, the teams will play a round-robin tournament. The “group of death” will be the group in Tatabanya, but this doesn’t mean a lot since the Cup will be long, the first stage is just a beginning.

The points won in the first stage, will be carried to the second round, where the teams will be split into four new groups.

In the third stage, the best eight clubs will continue the battle for the title in Group 1, while the others will play in the group for the classification 9th-16th places. At this stage, teams that have clashed before won’t meet again. Mutual results of the games between the teams which were in the same group in the first two phases will be carried to the third stage.

The Cup will be finished in Budapest in the middle of August. The fourth stage is a knock-out round. On August 15, the semifinals will be played, while the final and the other matches for the final ranking are scheduled for August 16.

Final and other matches for the final ranking

The teams in the Hungarian Cup for women are split into two groups based on the rankings after the first half of the canceled 2019/20 season. After the group competition (double round-robin system), the top two teams from each group will battle for the trophy at the Final Four.