Dunaujvaros halt Eger in their tracks 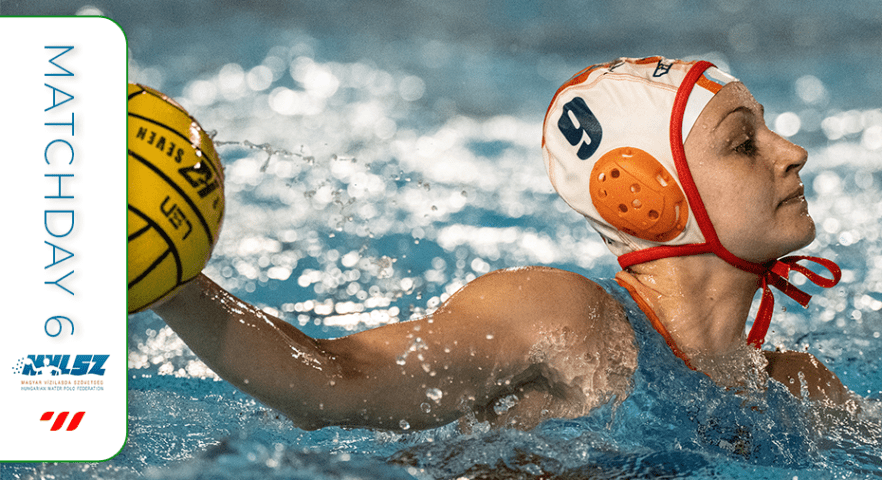 The sixth day of play in the Women’s OB I in Hungary produced some surprising results.

Dunaujvaros managed to end Eger’s winning streak, by winning by a single goal (11-10) while Keruleti were held to an 8-8 draw by Tatabanya.

Gyor secured their first points of the season against Szeged, while UVSE defeated Szentes in their third meeting this season. The East of the Danube in Budapest is Green for the time being, as Fradi defeated BVSC 13-8.

UVSE are still top of the league, but having played more games than the two other unbeaten teams, FTC and Dunaujvaros.

Dunaujvaros halted Eger’s advance with an incredible 11-10 victory at Eva Fabo this evening.

In a magnificent match, Attila Mihok’s team demonstrated why they have been one of Europe’s premier clubs for the past decade.

Ilona Borsi’s goal just after halftime gave Eger a 5-4 lead, but Ujvaros’s four goals in as many minutes by Dobi Dorina, Geraldine Mahieu, Krisztina Garda, and Nora Sumegi changed the entire complexion of the game.

Then, Eger could not stop conceding, with Csenge Jonkl scoring twice and Nikolett Szabo putting her team up by five goals. Eger staged a comeback in the final period, led by Dora Czigany, but Dunaujvaros held on for a monumental victory for the Oranges of Fejer County.

It is a tremendous boost for Attila Mihok’s squad, which lost three of its best players over the summer – two of whom played against them today. This victory comes at a time when surrounding teams such as Eger and FTC are significantly improving, demonstrating that they still possess a roster of high calibre.

This is a reality check for Eger. After a lengthy unbeaten streak in the league and cup, they have suffered two consecutive losses, if you include the Champions League loss to Glyfada. Next up are arguably two larger tests, in FTC and UVSE, which could be season-defining.

Gyor earned its first points of the season with an outstanding 12-8 victory over Szeged at home.

Zsolt Vogel’s team found themselves 7-5 down in the third period, but double scores from Julianna Vaszari, Dorina Torok and Monika Szedlak turned the game around to secure three huge points for the side from Western Transdanubia.

Gyor is now eighth in the standings, while Szeged is at the bottom of the table with nothing to show for their first five games of the season.

UVSE made no mistake in getting the three points against the visiting team from Csongrad County, defeating Szentes by ten goals (17-7).

The score was closer than it appeared in the first half, but UVSE’s superior quality and stamina allowed them to win the second half 9-2.

No other player in the league has scored more goals than Kinga Peresztegi-Nagy this season, as she has scored four more goals today, bringing her total to 22. With Ujpest nursing some injuries, there was also a first senior goal for fifteen year old Jolanta Szentpali on her debut.

The Saints have endured a dreadful campaign this year. Four league games have passed without a victory. In their upcoming, highly winnable match against Gyor, they hope to inject some life into their season.

Greta Gurisatti and Szonja Kuna scored four goals apiece to secure a relatively comfortable victory for Gyorgy Gerendas’ side, who remain unbeaten in OB I this season.

Two of Gurisatti’s goals helped Ferencvaros jump out to an early 3-0 lead. While BVSC stabilised, four more goals (Gurisatti, Leimeter, and Kuna) in the middle third of the game gave Fradi a comfortable 9-3 lead.

Next up for Fradi is a trip to Tatabanya, while BVSC, who have had a mixed start to the season, will entertain Dunaujvaros.

Tatabanya and Keruleti played to an extraordinary 8-8 tie this evening, with Emma Becsey scoring the tying goal with 0:24 remaining.

From the high of eliminating BVSC in the quarterfinals of the Hungarian Cup to the low of being held to an 8-8 draw at Tatabanya, Denes Lukacs’ squad endured yet another frustrating evening.

Tatabanya led 4-1 in the first period, thanks to a pair of goals from Eniko Rajna, but Keruleti battled back to tie the game, eventually reaching 7-7 with ninety seconds remaining. Aniko Gyongyossy believed that her goal with 0:51 remaining had given the Third District all three points, but Becsey scored to split the points between the two teams.

This is the sort of game that Keruleti should definitely be winning, but they came a cropper once again. They played a similarly unusual game last season to tie 10-10 with Szeged. If there is one team in the league that can produce an unusual result, its Keruleti.

Both teams now have 4 points, but due to Keruleti’s superior goal differential, they are ranked sixth and seventh respectively.