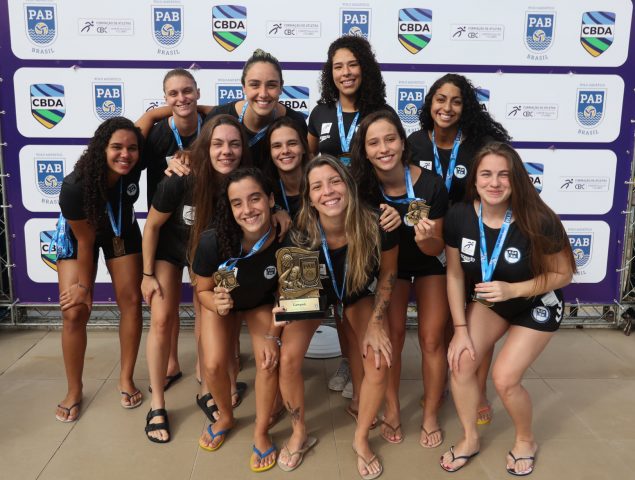 EC Pinheiros have retained their Liga Brasileira  title from 2019 with a remarkable late comeback against CR Flamengo to win the final 10-8.  At the home of Flamengo, the Clube de Regatas, the side from Sao Paulo trailed by a goal going into the last period, but turned the game around with a composed last quarter to secure a second successive league title. 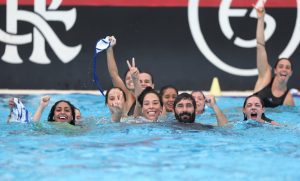 The win not only means that Pinheiros lifted the League title, but the win also meant that they have gone the whole season unbeaten. Last Autumn, they won the Brazilian Cup.

The Blue and Black of Pinheiros, who hail from Sao Paulo,  are slowly developing into a dominant force in Brazilian women’s water polo under the stewardship of Head Coach Yves Alonso – they have made steady progress in the last few years, winning the title in 2019, and finishing third and second in the two seasons before that.

The star of the game was the former Italian international, Izabella Chiappini – who scored a huge six goals for her side. The former player of SIS Roma was in sparkling form in the pool in Rio, helping her side to a League and Cup double.

Flamengo will wonder what could have been in this league play-off final. In the third, they recovered from 6-3 down to lead 7-6 – thanks to goals from Rebecca Da Silva, Samantha Ferreira and Yandra Rofrigues Ramos.

Ultimately, however, the day belonged to the so-called Pine Trees, who are now the team to beat in Brazil.

In the 3rd/4th Play-Off match,  Baurense easily beat SESI by 15 goals to 3, thanks to big goal hauls for Brazil’s young superstar, Leticia Belorio (4) and Kemily Ferreira (3).

This is now the 5th season that the League in Brazil has been run by the Polo Aquatico Brazil organization, a move that has been largely successful in promoting the sport in the country. There was no competition last season due to Covid-19, however as mentioned, Pinheiros won the title in 2019 while Flamengo won the three before (2016, 2017, 2018). 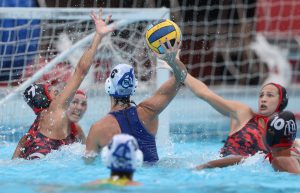