Emilien Bugeaud: We want to be feared by other top European nations 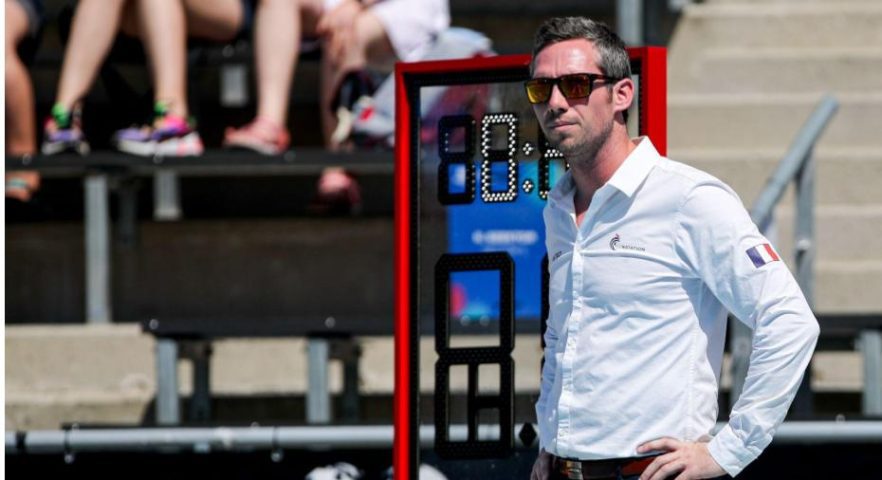 The French women’s national team is on a journey of redemption. They enjoyed some success in the early years of the European Championships, winning back to back bronze medals in 1985 and 1987. Just over a decade later, though, Les Bleus could not even qualify for the tournament.

Now, two years out from their maiden Olympic appearance in Paris, Emilien Bugeaud’s ever-improving team are approaching a key point in their development. Do they consolidate their position as the ‘best of the rest’, or can they break into Europe’s ‘elite’ water polo nations?  The French head coach had this to say about his team’s ambitions for Split:

“We have been firmly gripped in seventh place for a decade now. We are naturally aiming to be among the top six in Split, knowing that Russia will leave an ‘empty’ space there. Croatia, Serbia, and Israel have strong junior programmes, so we know they’re after us and they are our natural opponents”

It’s crucial for France to place in the top six in Split so they can continue competing at the highest level, says Bugeaud:

“For us, a spot in the top 6 should normally give us a ticket to the World Championships in Fukuoka next summer. So being part of all the big events during the next couple of years will be the main target for us in order to get used to the pressure and play top international games”

But Bugeaud also believes that Split provides a good opportunity to boost his team’s morale, and he hopes his players will take advantage of that:

“The girls know that despite the fact we are a relatively young team, who lost some key players from the last Olympic cycle (like Geraldine Mahieu, who just won silver with Hungary at the World Championships), they kept the same margin, eventually reducing the gaps in some areas against the top six nations we have played recently. So it’s a big confidence boost for them. With the growth we had as a team in Budapest, it will help a lot to face the challenges ahead of us in Split”

Despite a respectable eighth place finish at the World Championships in Budapest, Bugeaud still believes a lot of work is needed before France cements its place as a top water polo nation:

“Improvement will come with time and a lot of work. The top six nations in Europe have very strong systems starting from young categories. They are decades ahead of us on every level (club structures, communication, business plans, coach training, etc.). So if we want to grow and be more than just an opponent—that you treat with respect—but a team you fear losing to. Then we must start making a lot of effort to develop the bottom of the pyramid; we can’t take shortcuts”

One of France’s more experienced leaders in their young team is Estelle Millot – who has been linked with many top clubs this summer. Millot believes that France are adapting with every tournament that comes their way:

“We feel good. We feel confident because we had a good preparation where we worked hard together. Also we gained a lot of experience at the world championships. 8th place on the world championships is reassuring but Split is a whole other competition and it is well known that the European Championships are of a very high level. So we can not really compare these two.”

Millot, 28, proposes, like her coach, that 6th place should be a minimum requirement for France at these European Championships:

“The team objective is to finish in the top 6. Serbia, Israel and Slovakia are the teams that we should be able to beat.”

The 35th European Championships in Split will employ the use of 15-player squads, something Estelle Millot supports:

“The change will probably refresh the team and new, different qualities. Being 15 is instead of 13 is nice. It makes it possible to adapt the team each match to the opponent”

But beyond the horizon for all the French players is the potential once in a lifetime opportunity to represent their country at the Olympics, which is creating a positive atmosphere in the French camp:

“With the Olympics of 2024 in Paris, there is a good dynamic. Its only going to improve, and improve women’s water polo in France”