End of group stage in Strasbourg: Spain and USA finish atop 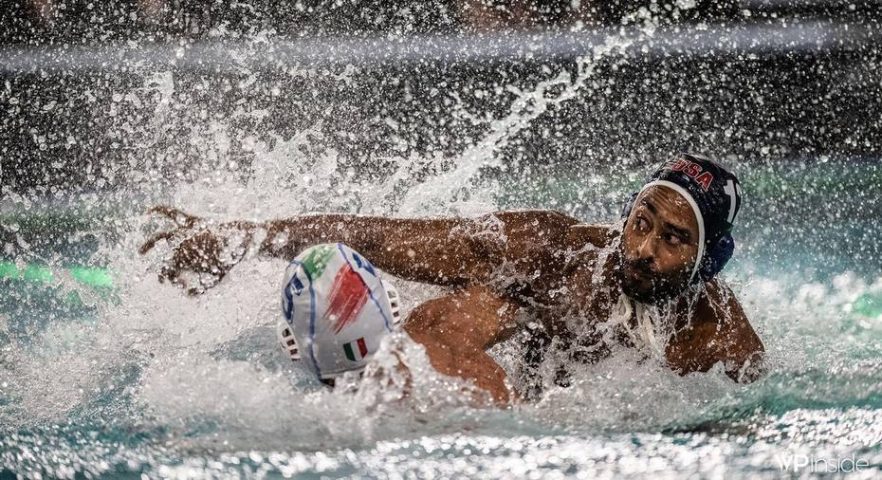 Spain and Team USA finished the group stage at the World League Super Final in Strasbourg atop of their respective groups.

On the last day of the group stage, the duels between the contenders for top spots were played.
Spain faced Montenegro in Group A. The World champions produced a remarkable comeback. They were five goals down in the third quarter (2:7), but they managed to secure a draw – 8:8 and the thrilling match entered the shootout. But the shootout was just for pride. Spain needed a point to keep first place, so they achieved their goal with the draw. Still, the Spaniards collected two points. They were better in a shootout and recorded a 12:10 victory.

Team USA climbed to 1st place in Group B thanks to a quite convincing 13:9 victory over the World Championships silver medalist.

Serbia bounced back from the losses to Montenegro and Span, beat Australia (14:7), and finished 3rd in Group A.

France beat Canada in the last match of the Day – 12:8 and confirmed 3rd place in Group B. However, it wasn’t an easy win as the score says. Canada was in the game until the final minutes.

Montenegro started excellently and was the better rival until the middle of the third period. Still, it ran out of gas for the finish of the game and wasted a big advantage.

It happened for the second time in a row. Yesterday, Montenegro had an 8:6 lead at the beginning of the fourth quarter against Australia. But, it couldn’t score in the last seven minutes and a half and lost the game. Today, the Montenegrins’ goalless phase lasted much longer – in the last 12 minutes.

Montenegro took an early 2:0 lead and had a 3:1 early in the second quarter. Barroso halved the distance (2:3).
In the middle of the quarter, Vasilije Radovic entered the stage. He scored three goals (two with a man-up and one action goal) and Montenegro gained a huge 6:2 advantage (15th minute).

At halftime, Spain’s head coach David Martin switched the goalkeepers (Aguirre replaced Lorrio). But, that change didn’t produce a result immediately. In the 18th minute, Vladan Spaic found the net for 7:2. Tahull responded shortly after, while Valera converted a man-up to make 4:7.

Kanstantin Averka scored from a 6 on 5 in the 20th minute and the Montenegrins regained a four-goal advantage (8:4). But, after that, they couldn’t find the net until the final buzzer.

Montenegro kept a four-goal advantage for a while. Sergi Cabanas pulled the trigger. He scored a nice action goal fifteen seconds before the final break and Spain started coming back. 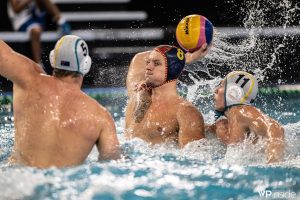 Cabanas added one more goal in Spain’s first possession in the final period (6:8). In the following several minutes, Montenegro missed a few chances. They hit the post twice. The best goalkeeper of the World Championships, Unai Aguirre, posted one save after another, boosting Spain’s self-confidence.

Midway through the quarter, Nikolas Paul found the net from a distance for 7:8. Barroso converted a man-up with 47 seconds left on the clock. In the next possession, Montenegro lost the ball (turnover foul) and everything was practically decided. Neither of the teams scored in the remaining time and Spain cemented 1st place. As mentioned, the World champions needed a point to retain the top position. So, the penalty shootout didn’t have any importance. But, the Spaniards had stronger nerves in the shootout and won 12:10

The Serbs conceded 36 goals in the first two rounds. Today, their defense, commanded by goalkeepers Risticevic (in the 1st half) and Dobozanov (in the 2nd), let Australia score only seven goals. That was the key to success. Of course, the attack was up to the task. Serbia forced six penalty shots (four shots for fouls committed on center-forward Vico, while Velkic and Vucinic earned a penalty shot each). The Serbs converted all six shots from the 5m line. Australia had two penalty shots (2/2).

Australia dictated the pace in the opening minutes and took a one-goal lead three times. However, Serbia had a minimal advantage at the first break. Just 17 seconds from the first break, Nikola Lukic found the net from seven meters for 4:3.

Blake Edwards scored from a 6 on 5 in the “Aussie”’s first attack in the second quarter to level at 4:4. But then Serbia netted three straight goals (Milojevic – extra player, Subotic – counter-attack and Stojanovic – penalty) to enter the second half with a solid 7:4 advantage. 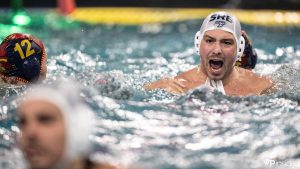 Australia reduced the gap in the third period (5:7, 6:8, 7:9). However, the “Sharks” couldn’t go further. Serbia dominated the fourth period and knocked down the rival with a 5:0 fourth quarter to schedule the match against Italy.

The match between Italy – the USA was played before the encounter between Australia and Serbia. So, the Serbs knew that they would face Italy if they earned three points.

Italy and the USA arrived in Strasbourg with almost the same teams that played in Budapest. Both teams have high ambitions at the F8 and their encounter was a derby match. Still, the Italians were the favorites. But, the Americans dominated throughout the match.

They made a crucial difference with two series of goals (a 4:0 in the first and a 3:0 in the second half) and controlled the game until the final buzzer.

By the middle of the first period, Team USA earned a 2:0 lead. Italy leveled at 2:2, scoring two quick goals in 36 seconds. But, the Americans produced the first of the mentioned two series in the following several minutes. They netted four goals in a row and went to 6:2. Italy halved the deficit (4:6 and 5:7). Early in the third period, the Americans broke the rival, scoring three straight goals in 02:55 minutes. Ben Hallock opened the series with a close-range shot. Alex Bowen added an action goal. In the 19th minute, the USA had a double man-up (Condemi was excluded for a foul, while Cannella was red-carded for a protest and finished the match). The Americans didn’t convert that 6 on 4 into a goal. However, they grabbed the ball after a blocked shot and continued the attack. Jacob Ehrhardt made it 10:5. 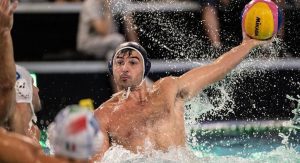 Condemi scored for 6:11. However, Bowen replied with an extra player goal. The Americans earned a penalty shot in the last minute of the third period. Daube converted it for a six-goal lead (12:6) and killed all the Italians’ hopes.
In the previous two days, water polo fans in Strasbourg witnessed a lot of ups and downs in the games. So, everything was possible before the final quarter. Still, Team USA controlled the match, and it was more or less clear that Italy couldn’t come back. The “Settebello” didn’t give in, but the USA’s win wasn’t in danger during the fourth quarter.

France, which played excellently in the first two rounds, started slowly. The Canadians led 1:0 and 2:1. Alexandre Bouet put the hosts in front just 16 seconds before the first break (3:2). But, just nine seconds later, Rauel D’Souza replied, and the sides were tied at 3:3 after the first eight minutes.

France built a 2-goal lead after Pierre Vanpeperstraete netted for 5:3, but immediately after, Gardijan made it 4:5.
During the third period, the game turned into an exchange of goals. The French took a 2-goal lead three times (6:4, 7:5, 8:6). But, shortly after each of the three goals, Canada halved the distance and only a goal separated the rivals before the final period. France had an 8:7 advantage. 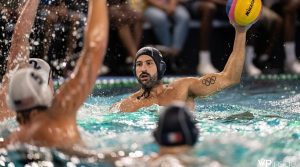 In the middle of the final period, the hosts scored two unanswered goals (Crousillat and Vernoux) and built a 3-goal lead for the first time (10:7). But, Canada fought hard until the end. Djerkovic scored for 8:10 with 01:50 minutes left on the clock. France’s Romain Marion Vernoux responded immediately for 11:8, and everything was decided. Two seconds from the end, Emil Bjorch set the final score from a counterattack.