Eredivisie Finals: Polar Bears on Throne After a Shootout 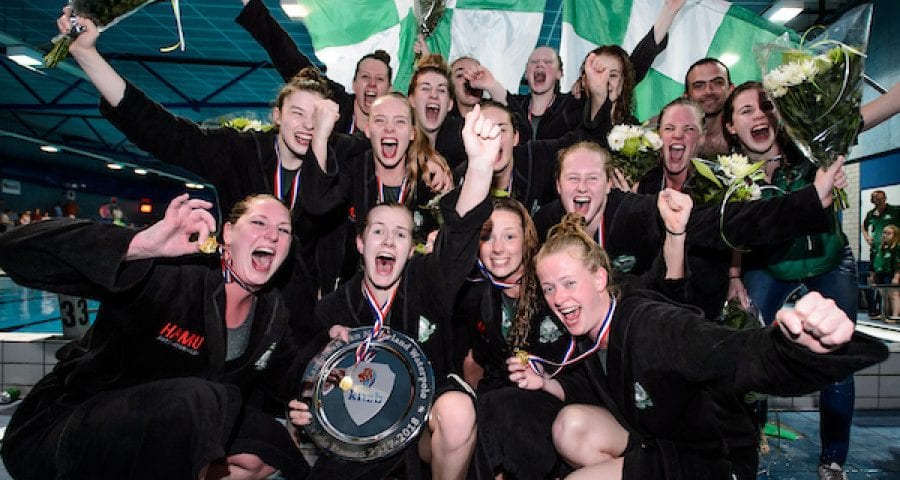 Waterpolo.nl recently reported the final game in the Eredivisie league.

In their own pool, the Polar Bears’ ladies have conquered their sixth national championship in history after a thrilling second final race and even more exciting penalty series. After the 6-8 Friday evening in Leiden, it was 12-10 in Ede. Nina ten Broek shot the winning penalty.

Just like the first game, the two teams were very close until the end. Playing especially defensive, both Polar Bears and ZVL played a safe match. On behalf of ZVL, Iefke van Belkum carried the game, taking the lead with three hits. On the Polar Bears side, Simone van de Kraats scored four goals. With 7-7 after four quarters, the penalties decided whether a third game was necessary or if the Polar Bears would leave with the title.

After Nienke Vermeer scored the first penalty, Van Belkum missed the first on behalf of ZVL. In the rest of the shootout, all the shots went in, apart from the one from Iris Wolves which got intercepted by the goalkeeper Jalou Venhelsuwé. The pool exploded when the seventeen-year-old Broek gave her club the first national title since 2010. 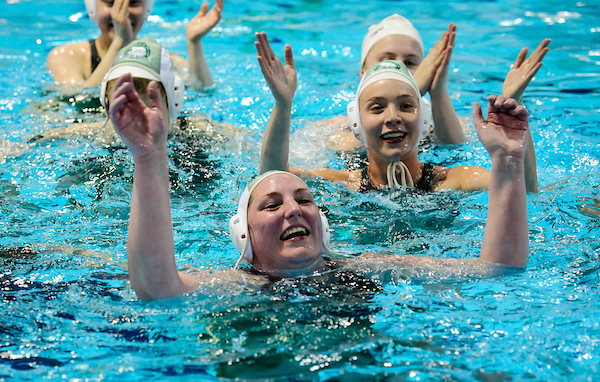 The championship was full of excitement. For instance, Nienke Vermeer, the midfielder who overcame a serious illness and began to play matches just last season, played a very important role in the finals only a year later. Also, there was Iris Wolves, who went through a hard time when the club ended at the bottom of the Eredivisie. But she remained loyal to the club, seeing many players come and go and is now rising to the scale so high that they may be looking forward to the European Championship in Barcelona.

This is also the beginning of successful young players Simone van de Kraats, Nina ten Broek, Joanne Koenders, and Laura Schinkel. They have already conquered many international and national youth titles and now are champions for the first time in their lives. They stumbled upon the most successful clubs in recent years and they are already making progress. 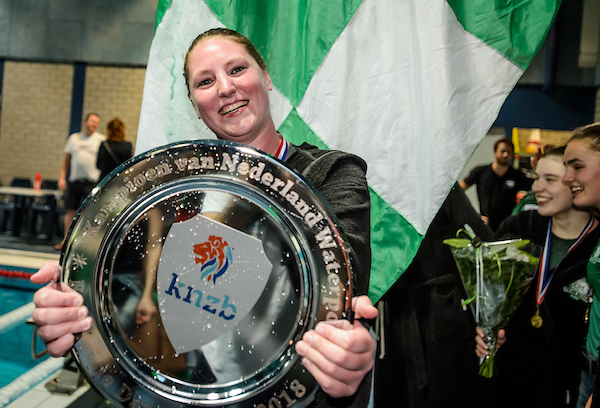 In the center of the story was Evangelos Doudesis — the Greek coach who had one of the main roles in the national championship. He came to Polar Bears as a player, and then he stepped in as a trainer. When he took his new place, he had a weak team, who had yet to learn what winning was. He put the club’s fate in his hands by introducing many young players, as well as implementing the tactical studying of the opponents.

After the lost final game last year, he knew it was still too early for the club. But he also knew that the future looked very bright and that the next year they will become champions. He was right. 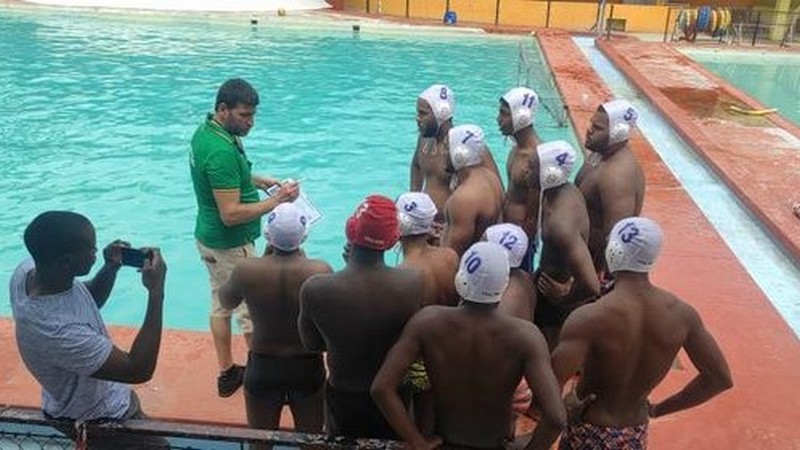