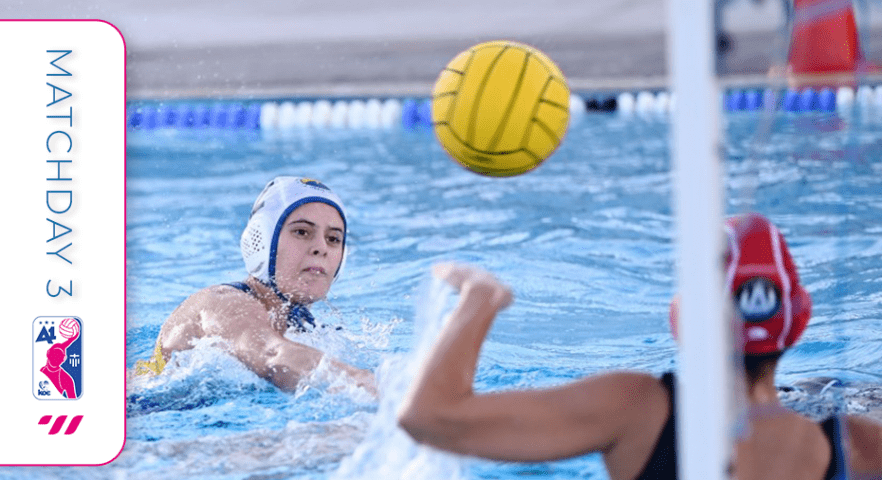 Only three matchday’s have passed so far in the Greek women’s A1, but there has been plenty of action to digest.

Ethnikos’s sensational and somewhat unexpected victory over Glyfada is the highlight of matchday 3’s action.

Two of the three remaining unbeaten teams in the league, Panionios and Alimos, both won again, and currently sit just below Olympiacos in the standings. Larissa earned their first points of the season today with a deserved victory against Rethymnou.

Ethnikos’s summer signings were particularly influential, with Charlize Andrews netting five times in the game, while Maria Borisova added her first hat-trick for the Blue and Whites.

The victory will give Ethnikos a huge confidence boost. Many people thought, and still think, that Ethnikos is a much weaker team than it was last season, so the fact that they beat a team in the top four and picked up three points is encouraging.

Alimos earned another victory in the Greek A1, this time against Peristeri SC, a team they faced frequently in the A2 over the past few seasons. Vangelis Pateros’s team were comfortably better than their fellow promotees, keeping control of the game throughout.

Lena Mihailovic might be disappointed not to be included in Paul Oberman’s most recent Stingers squad, but she has been playing really excellently since her move to Greece. The Serbian born attacking bagged another four goals today. Alexandra Asimaki shows no signs of slowing down – the all-time top goalscorer in Greek history added another three goals to her career total.

Olympiacos had no trouble in defeating Patra on the road today by a healthy margin of 21-5. Even though Alexander Ciric changed up his lineup a little bit, his team was still clearly superior. Both Kyra Christmas and Eleni Xenaki hit the target five times.

With three games and three victories, including yesterday’s 15-7 victory over AEK, Panionios is off to a fantastic start to the new season. The team from Nea Smyrni dominated the first quarter, and although Marko Misic’s squad fought back, the points were secured by Panionios’s formidable defence.

Vouliagmeni keep their unbeaten streak going with a 14-6 victory over PAOK in Thessaloniki. Their important goal contributors were from their national team heroes: Athena Giannopoulou netted five, Eleni Elliniadi bagged three, as did Maria Patra.

Athena Koltsida and Theofania Galanopoulou each scored four goals to help Larissa beat NC Rethymnou 14-10 and get their first win of the season. The score was tied (4-4) at halftime, but the home team took a lead (8-5) that they held onto until the final buzzer. The squad from Crete still has nothing to show for their first three matches.