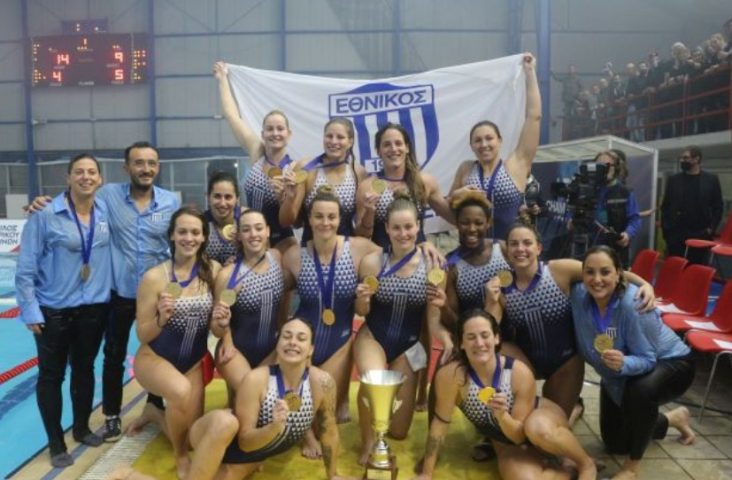 Ethnikos have won the 2022 LEN Trophy with a duo of convincing victories over Dunaujvaros. The Greek side sealed their second European title in front of a passionate and fiery crowd, winning the match, and the whole tie, with conviction.

Roumpesi Antigoni’s Blue and Whites carried a big advantage from the first leg, winning 12-8 in Dunaujvaros, and the Athenians won the tie in their own right this evening with some fantastic water polo, giving Dunaujvaros very little chance of even winning this leg, let alone the whole tie.

The last thing Dunaujvaros, and most spectators wanted, was Ethnikos to start quickly and put the Hungarians on the back foot from the off, but that is exactly what they did. The Greeks blitzed the opening 7 minutes taking a 4-0 lead  – firstly from a lovely Alkistis Benekou score, before converting three extra-player situations; two from Karolina Ioannou and one from Ioulia Anna Kontoni. Even with three quarters to play, the tie looked over as a contest. 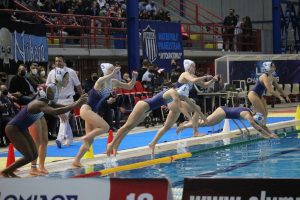 As you would expect, Dunaujvaros did slowly grow into the game with nice finished on the power play from Krisztina Garda and Dorottya Szilagyi, but scores from the home side from Eleni Elliniadi, Ioanna Haralabidis and Karolina Ioannou kept Ethnikos modestly ticking over, securing a big lead on the night and over the tie.

While there is always a need to stay present and cautious at this level against any opposition, even the staunchest of Dunaujvaros supporters would admit the game was over into the third, when Ioanna Haralabidis and Eleni Elliniadi scored their second goals of the game to make it 10-4.

In the fourth, to their credit, Dunaujvaros tried to be creative in breaking down the very stubborn and effective Ethnikos defence, but to no real avail.

To top the game off for the hosts, Stefania Haralabidis and Rebecca Parkes their two big stars from this season, but not necessarily from tonight, both got on the scoresheet to see out a magical night in the Greek capital for Ethnikos.

Going forward, the sky is the limit for this Ethnikos side, as they become the third Greek club to win the LEN Trophy (Vouliagmeni 2003, Olympiacos 2014).  Perhaps one or two more big acquisitions could take them from LEN Trophy winners this season to being the team to beat in the Euro League next season. If they can keep the likes of Johnson, Parkes, the Haralabidis sisters, as well as their fantastic Greek players like Karolina Ioannou, Eleni Elliniadi and Ioulia Kontoni, they will certainly be in and around a European final next year. But for now, this Greek side will celebrate a historic victory with their fantastic fans with whom it is clear they share a special bond. 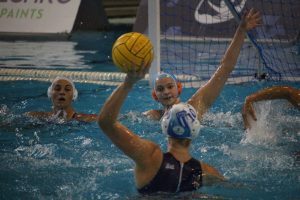 On the other hand, some have suggested that this Dunaujvaros squad simply do not posses the quality of players needed to win a European final such as this. However, while it is true that Attila Mihok’s side may not have been playing at the standard of previous seasons, the focus has to be on how good Ethnikos were, rather than the shortcomings of Dunaujvaros. Over the two legs they were so clinical, scoring some exquisitely worked goals, underpinned by a strong and resolute defence. 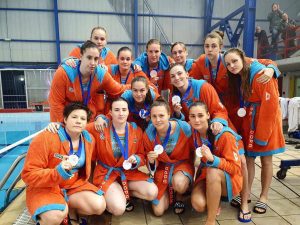 However, it must be said, it does look like Dunaujvaros need something different next season. They are of course one of the biggest clubs in the Women’s game and have an amazing coach. However, the squad probably needs freshening up, and Dunaujvaros may need a big overhaul if they are to see European glory return to their club. It is important for them, however, to focus on their next game – UVSE, in a bid to make the championship play-offs, as they can still rescue their season with the Hungarian title. 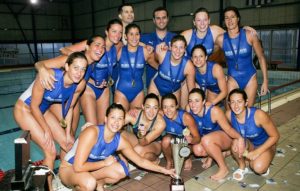 Photo: Ethnikos Website
The first time Ethnikos won the LEN Trophy was in 2010