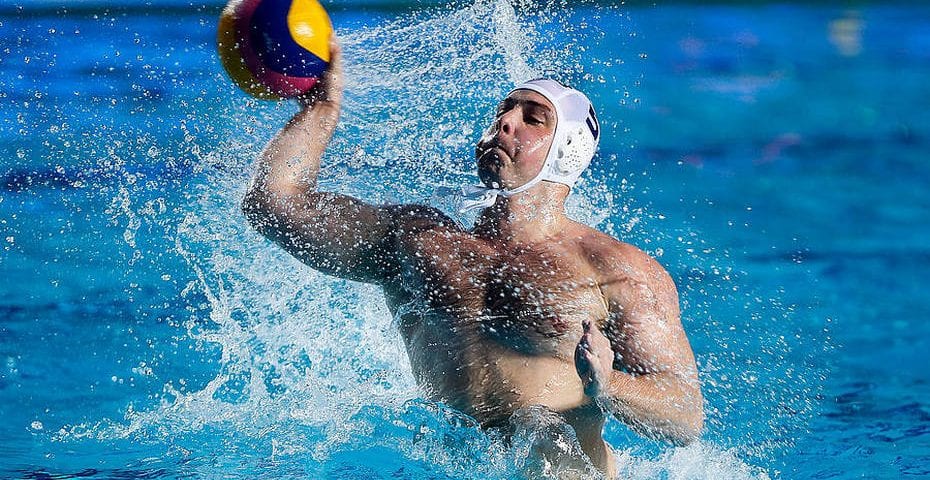 As expected, the games Radnicki – Szolnok, and Mladost – Vouliagmeni were the most exciting encounters of the 1st leg of the LEN Euro Cup Quarterfinals.

But favorites recorded wins in both games. Mladost edged out Vouliagmeni 11:10. Radnicki fought bravely, but it couldn’t surprise Szolnok, which brings home a 2-goal advantage (14:12).

The return matches will be played on March 24.

Szolnok got off to a flying start. Radnicki’s former captain Filip Filipovic opened the match with a goal from a penalty shot. The visitors scored three unanswered goals in the first five minutes, and it seemed that they would achieve a convincing win. The hosts found themselves 0:3 down, but they tightened their defense and consolidated the attack after that. Radnicki held Szolnok goalless for seven minutes, while the hosts scored three goals in a row and equalized in the 11th minute (3:3). In the remaining five minutes of the first half, Szolnok took a one-goal lead three times, but Radnicki leveled the score on each occasion. The rivals entered the third quarter from the same starting point (6:6).

Nikola Lukic found the net after 24 seconds of play in the third quarter, and Radnicki was in front for the first time in the match (7:6). But, the Serbs didn’t enjoy the lead for a long time. Szolnok responded with four goals in a row and jumped to 10:7 (22nd minute). Radnicki came back into the game with two quick goals (9:10), but the Hungarian team netted two in the last 98 seconds of the quarter for 12:9.

Radnicki’s goalie Lazar Dobozanov was excluded in the first minute of the fourth period. Szolnok wasted the chance. And the visitors paid for that. Radnicki scored two goals in two consecutive attacks to cut the deficit (11:12). Szolnok doubled an advantage, Radnicki came close once more (12:13) and then failed to equalize with man-up. Schmolcz found the net 38 seconds from the end for the final score – 14:12. The Hungarians got lucky in that attack. After Shmolcz’s shot, the ball deflected off the hands of two of Radnicki’s players and confused goalkeeper Dobozanov.

Mladost, led by its center-forwards Cosmin Radu and Josip Vrlic and captain Luka Bukic, recorded a narrow win in a tough match with Vouliagmeni. The Greeks started well and earned a 2:0 lead in the 5th minute. Mladost, which played without injured Kharkov and Viskovic, responded with three goals in 2:07 minutes for 3:2, but Vouliagmeni leveled before the end of the first period.

The hosts built a 2-goal advantage in the second period (6:4), but the Greeks caught up with the rival by the end of the quarter (6:6). After the middle break, Vouliagmeni continued its series and took a 7:6 lead midway through the third quarter. Still, Mladost regained an advantage by Josip Vrlic’s goal two seconds before the last break.

The fourth period started with a quick exchange of goals. Three minutes before the end, it stood 9:9. Cosmin Radu gave Mladost a 10:9 lead. Vrlic doubled an advantage on 6 on 5 with 28 seconds left (11:9). However, Vouliagmeni’s Troulos closed the match by converting a man-up to the final score seven seconds before the final buzzer. Everything is still open. Both sides have chances to reach the semifinals.

The first quarter saw a few turns. Crvena Zvezda had a slim advantage in the opening minutes (1:0, 2:1), but Dynamo took the lead in the 6th minute (3:2). Still, the visitors entered the second period leading 4:3.
The Serbs opened the second quarter excellently and gained a 3-goal advantage (7:4), and maintained the difference until the middle break (8:5). After a lot of goals in the first half, only six were scored in the third and the fourth quarter. Crvena Zvezda controlled the result. Three minutes before the final buzzer, Gavril Subotic, who played for Dynamo two seasons ago, finished a counter-attack with his 4th goal and increased the margin to four (11:7). The visitors were keeping a big advantage for a while, but they were unwary in the final seconds. The Belgrade-based side committed a penalty foul two seconds before the end. Andrey Bugaychuk made no mistake from the 5m line and reduced the gap. But, Crvena Zvezda has a nice advantage before the return leg.

OSC recorded a comfortable victory, but the Hungarians needed a lot of time to secure a big difference. The Spaniards led 2:0 after less than three minutes of play, and they had a 2-goal advantage at the first break, too (4:2).

Still, OSC woke up in time. The hosts dominated after the first period. OSC produced the 7:0 series in 12 minutes and turned around the two-goal deficit to a 9:4 lead (20th minute).

Sabadell didn’t give in and managed to reduce the gap before the final quarter (8:10). But, OSC demolished Sabadell’s defense in the final eight minutes. Krisztian Manhercz led the Hungarians to a 17:11 victory.

Schedule until the end of the season