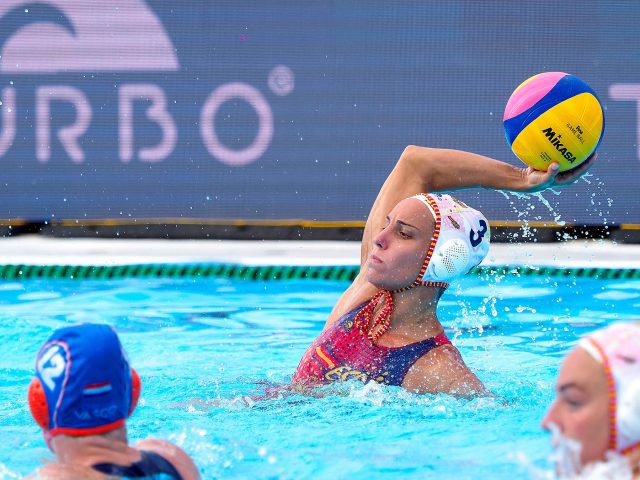 Spain showed excellent quality in their semi-final today to overcome the Netherlands 14-10, progressing to their first World League Final since 2016.

Bea Ortiz and Judith Forca each scored three goals to finish off a great offensive show. Paula Leiton was absolutely unstoppable at centre forward, and the Dutch couldn’t really find a way to stop her from influencing the game.

Ortiz, who has had an exceptional tournament, is the joint top goal-scorer with Italy’s Claudia Marletta, both with 13 goals. 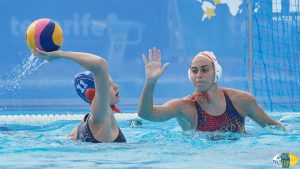 The Netherlands had numerous chances to score in the match, but didn’t take them. As the game progressed, they allowed some soft goals at a time when they needed to be watertight at the back.

Spain will now face the United States or Hungary in the World League Final; the Dutch will contest the bronze medal against the loser of that clash.

Read the earlier report of the 5th-8th semi-final matches, in which Italy defeated New Zealand, and the Aussie Stingers edged past Canada

There was nothing to separate the two teams after eight minutes. Spain netted their two scores off the post courtesy of Cristina Nogue, while the Netherlands responded with a precise Brigitte Sleeking strike, and Lola Moolhuijzen’s 1 on 1 finish.

While Spain didn’t make huge strides in breaking away on the scoreboard, there was a noticeable momentum shift in the second quarter. Bea Ortiz hit stunning back-to-back shots from the top of the arc to give her side a 5-3 lead. While Lola Moolhuijzen grabbed one back for the Oranges, she couldn’t convert a great opportunity from a 5m penalty. Judith Forca’s delicately weighted lob from 8 metres gave Spanish, and their supporters a big lift. 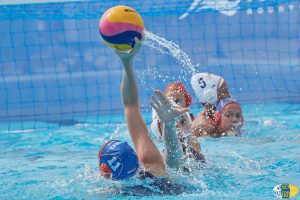 The Dutch did well to stay in the contest throughout the third period. Despite early scores for Eva Doudesis’ team by Marit Van der Weijden and Brigitte Sleeking, Spain found the net expertly via Nona Perez and Pili Pena and a wonderful conversion at centre by the dominant Paula Leiton to lead 9-6. The Netherlands were able to stay in the game thanks to a penalty by Brigitte Sleeking, which cut the deficit to just two goals.

The Dutch searched for the goals they needed to get back level in the match, but they couldn’t stop conceding sloppy goals. A third goal for Bea Ortiz and a double from Judith Forca kept the Spanish in the lead. Elena Ruiz made it 14-10 by converting a 5m penalty won after some outstanding work by Paula Leiton.