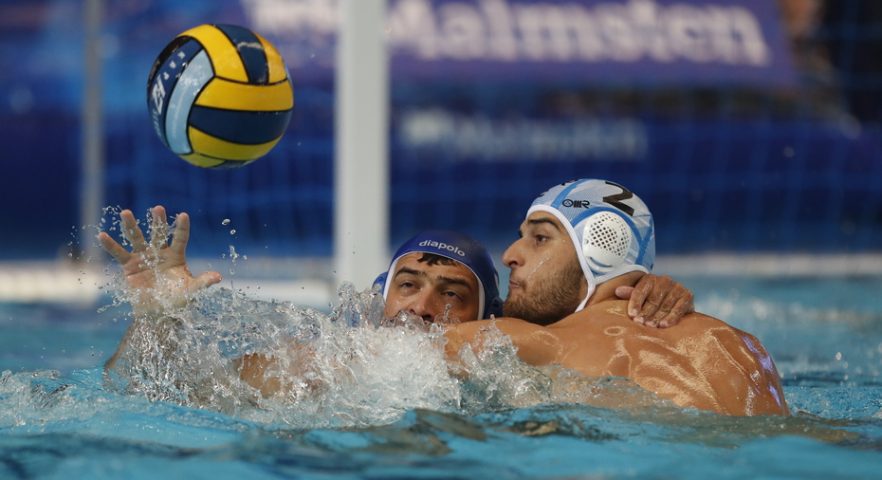 The following four days will be fully packed with games in the European cups for men’s clubs.

Qualifications for the LEN Champions League (Round 2) and the games of the LEN Euro Cup Round 1 will be held all across the continent.

Barcelona will be the epicenter because two tournaments will take place in the capital of Catalonia (one in the Champions League and the other in the LEN Euro Cup qualifications).

A total of 91 games in LEN competitions will be played between Thursday and Sunday.

Some clubs will be big winners and will continue hunting for their goals. However, none of the teams will be a big loser. All 42 teams that will play in the eight tournaments this week (19 teams in the CHL Qualifications and 23 in the LEN Euro Cup) will have another chance in the European cups if they fail to qualify for the next round.

Nineteen teams from twelve countries will take part in this stage. They will play in four groups (three groups with five and one with four teams)

The top two teams from each group will qualify for Round 3. The others will continue the season in the 2nd round of the LEN Euro Cup. They will go on the same road as the teams that pass the first hurdle in the EC qualifications.

There are eight available tickets for the next round, and at least ten or even 12 clubs have real,istic chances of reaching the top two spots in their groups. There will be exciting clashes in the following days, for sure.

Jadran Split, the 1992 and 1993 European champion, will host Vasas, Savona, Sabac, and Steaua in Group A. Sabac, which enters the new season with several good reinforcements, and Steaua, which had a Champions League wild card last season, are good clubs. They aren’t underdogs, but they are not favorites either in this very strong group. 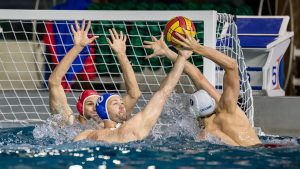 Two years ago, Vasas, the double European champion (1980 and 1985), easily won 1st place in its qualification group in Round 1. It had an excellent start in the Hungarian Championship and proved that it had a team capable of big results. Vasas is the biggest favorite here, but significant challenges are in front of the Budapest-based team. Jadran Split also targets 1st place. The hosts’ new era began last year. They played in three finals (Croatian Cup and League and Regional League) in the previous season and won the national Cup. Jadran lost Konstantin Kharkov during the transfer window, but it has a good team, led by Jerko Marinic Kragic, one of the heroes of Croatia’s win at the Europeans in Split, experienced Niksa Dobud, Luka Bukic, etc.

Savona changed its team a lot but brought excellent players. The Italians had ups and downs in the first qualification round. We’ll see if they can endanger Vasas and Jadran.

Host Barcelona and Noisy-le-Sec, the runner-ups in their national leagues last season, stand out as the main contenders for the top two spots in Group B. Both teams did good jobs in the transfer market. Not many players have departed from the two clubs since the last season. Both teams have high ambitions. 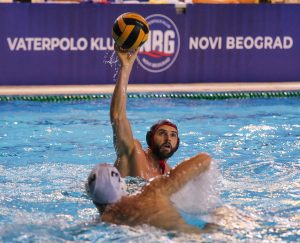 But, a young squad of Jadran Herceg Novi and Oradea (which beat Savona in Round 1 less than two weeks ago) could spoil the Spaniards’ and the French’ plans. Vitoria Guimaraes already achieved success by qualifying for the second round.

Only one team is an underdog in Group C in Kotor, while it’s difficult to single out one club as a favorite.

Host Primorac doesn’t have a realistic chance of reaching Round 3. Still, the Montenegrins will do everything to upset the favorites with the help of their fans. 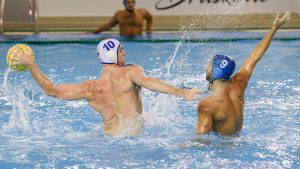 OSC Budapest, Vouliagmeni, and Tourcoing are clubs that can go high in Euro Cups this season. Tourcoing reshaped its team, signing a lot of experienced players. Vouliagmeni brought several reinforcements,as well as Tourcoing. Both teams have new head coaches (Petar Kovacevic in Tourcoing and Vladimir Vujasinovic in Vouliagmeni). OSC’s coach Daniel Varga counts on most of the players who won 2nd place in the Hungarian League, plus on the national team player Danial Angyal, who arrived from Szolnok, and a few other newcomers.

It will be a surprise if Brescia, the semifinalist of the two previous editions of the Champions League, doesn’t win 1st place in Athens. The Italians kept all the players from the season 2021/22 and reinforced the team by bringing leftie Konstantin Kharkov. 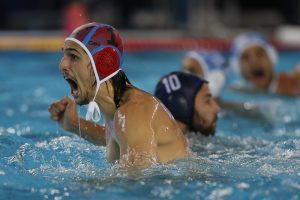 It is hard to estimate which team is closer to 2nd place – Panionios or Mladost Zagreb. The Croats proved they were in good shape in the first qualification round, but a 7:24 loss to Novi Beograd in the Regional League was a big blow. Panionios didn’t start well in the national competitions, as well (3:14 loss to Olympiacos), but home-field advantage might be crucial in important games. ASC Duisburg and EVK Zaibas are behind the Croats and the Greeks in terms of quality.

Round 3 and Preliminary Stage

The group winners and 2nd-placed teams will face off in four duels of Round 3 (October 29 and November 5).

Twenty-three teams, split into four groups, play in this stage. Four clubs from each group will advance to the second round. The others will go to the first round of the LEN Challenger Cup.

It has already been published that Spanish Sabadell won’t defend the trophy won in the 2021/22 LEN Euro Cup since it got a Champions League wild card and will play in the 1st-tier European competition for clubs.

Favorites shouldn’t have big headaches in the first round of the Euro Cup, primarily because of the competition formula since only seven teams won’t advance to Round 2.

But, at first glance, there are not many underdogs, despite the fact that only seven teams won’t qualify for Round 2. Almost every group is unpredictable. Several teams will debut or return on the European stage after several seasons of absence. 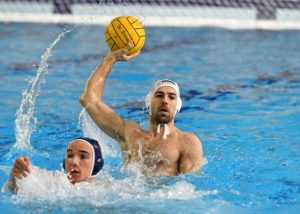 The teams like Szolnok, Ortigia, Telimar, Mediterrani, Honved, Terrassa, Apollon, are already seen in the next round. Almost all others have the right to believe they can continue the season in the LEN Euro Cup.

Round 2 is scheduled for October 28 – 30. Twenty-seven teams (16 from the Round 1 and 11 eliminated from Champions League QR2) will be split into eight groups.

The eight clubs eliminated from the Champions League Qualification Round 1 (ZPC Het Ravijn, Invictum Sarajevo, Galatasaray Istanbul, ASA Tel Aviv, ENKA Istanbul, Novaky, KVIK Kastrup, Banja Luka)and the seven from the LEN Euro Cup Round 1 will be seeded into the groups. The tournament system will be applied..