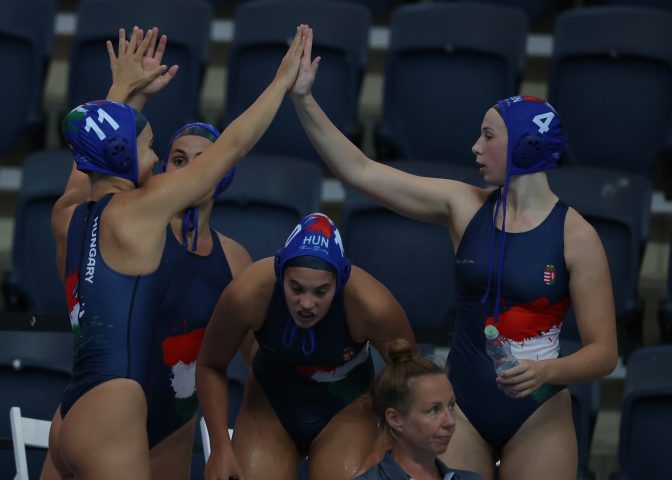 The continent’s best female nations had an easy ride today, as the U19 Women’s European Championships began in Netanya, Israel – at the very same location (the Wingate Institute) that the U20 World Championships were held just under a year ago.

The Netherlands, Italy, Hungary and Spain all won on the first day of the competition. Greece will play for the first time tomorrow against Switzerland.

The hosts, Israel, comfortably saw off Romania, and there were also victories for France, who butchered Slovakia, and Ukraine – who secured valuable points against Great Britain.

The hosts Israel got off to a wonderful start at their home European Championships, beating Romania 18-5. Eighteen year-old, Dar Menakerman, converted five times in the game. Her senior teammates, Ronny Gazit and Dina Namakshtansky, both bagged quads in front of a home crowd.

In the last game of the day, Spain demolished the Serbs, 26-2. Two of CE Mediterrani’s young talents, Paula Prats (5) and Alba Munoz (4) both had enjoyable goal-scoring games, while other players outside the major Spanish clubs also made an impact: Claudia Moreno (Sant Feliu), Maria Palacio (Sant Andreu) and Giorgia Gallinato (CD Boadilla) all secured hat-tricks. Elena Ruiz, Christina Nogue and Nona Perez are all on their way from Budapest to bolster the Spanish squad – which is look very strong indeed. 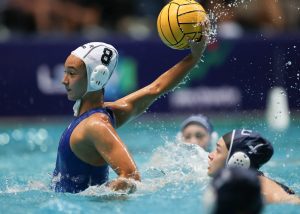 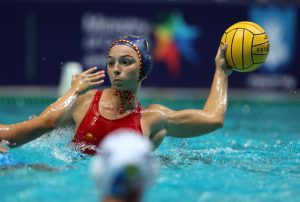 Italy ran-out winners against Croatia by a ten goal margin, despite a strong early push by the Croats. Aurora Longo, of Ekipe Orizzonte, scored seven in the match, with a support crew of Paolo Di Maria (CSS Verona), Morena Leone (Ekipe) and Emma De March (Bogliasco 1951) all bagging hat-tricks.

Meanwhile, France thumped Slovakia, even without a full compliment of their squad – who are still in transit from the World Championships. Jehanne Mekki scored seven for the French, while senior international Valentine Heurtaux netted four. It is yet to be confirmed, but France have four registered players who are available to play in Netanya from the World Championships in Budapest  – Camelia Bouloukbachi, Julliete Dhalluin, Ema Vernoux and goalkeeper Chloe Vidal.

The two sides that won in Group B meet on Tuesday, in what will surely be the game that determines the Group winner. 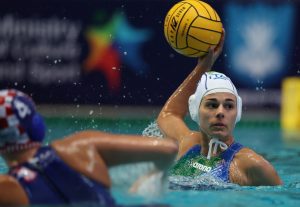 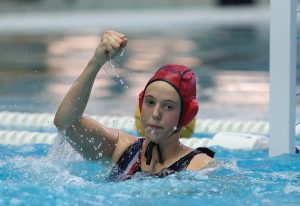 Germany had been far more competitive in their warm-up fixtures with Hungary before the tournament, but they were a mile below the quality of their opponents today. The Hungarians have a day off tomorrow, before a big clash with Greece on Tuesday. 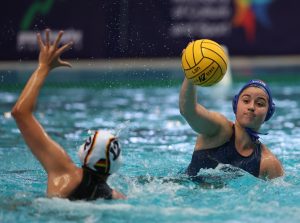 The Netherlands – one of the tournament favourites and previous two-time winners (2004 & 2016), got off to a flyer in Netanya thanks to big hauls from Feline Voordouw (6), Noa de Vries (4) and Jill Oort (3). The Dutch will almost certainly top the group, and face Great Britain on Tuesday.

Ukraine pulled off a significant win in Group D in a bid to secure that second spot, beating Great Britain by five scores. Anastassia Zelenko proved too much for the Brits, as her five goals made all the difference for her team.  Ukraine will secure a second place finish if they can beat Portugal in the first game of Day 3 (Tuesday 5th July). 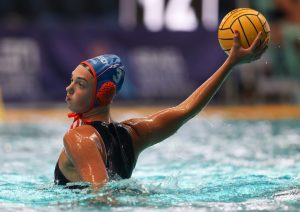 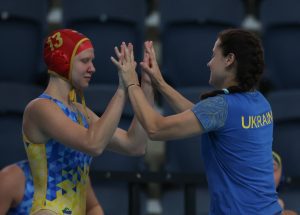