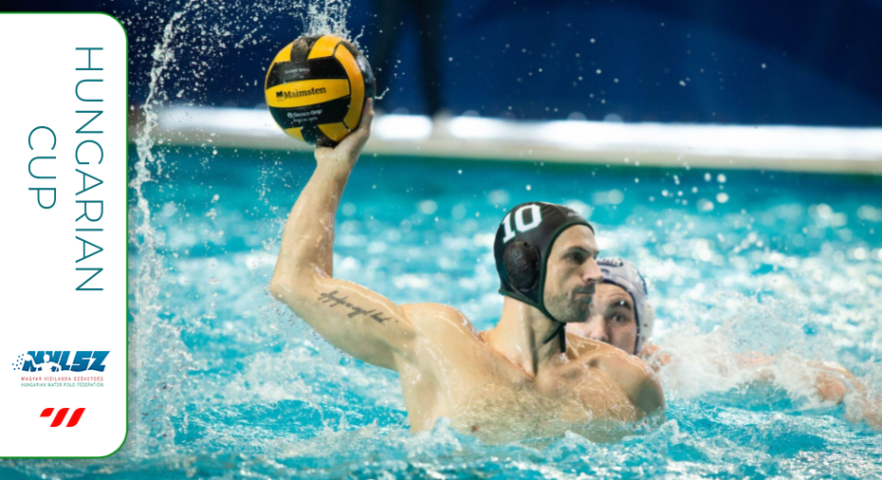 Champions League clubs Ferencvaros and OSC Budapest will play in the final of the Hungarian Cup in Budapest on Saturday.

The final tournament started today, with the semifinal matches. Ferencvaros and OSC were favorites, but they had different paths to the final.

OSC beat Honved 12:10. Honved was a better rival in the first half and had a 3-goal advantage. Still, it couldn’t continue in that rhythm after the middle break.

Ferencvaros defeated Vasas 13:9. The reigning national Cup champion led throughout the match. Ferencvaros built a 4—goal lead in the early stage of the game and didn’t let Vasas come back.

Ferencvaros is the record-holder of the Hungarian Cup with 21 trophies. Last year, Fradi beat Szolnok in the final in Sopron (12:9). OSC has won only two national cups (1970 and 1974).

OSC scored the first goal in the game, but Honved took control shortly after and went in front (2:1, 3:2, 4:3). At the beginning of the second period, Bedeguz Ekler gave Honved a 5:3 lead. Two goals separated the rivals for the first time. Two and a half minutes before the middle break, Norbert Hosnyanszky converted a penalty and Honved went to 7:4. The team coached by Marton Szivos maintained a 3-goal difference until the end of the first half. However, Honved couldn’t go further. OSC produced a 3:0 run in the first 126 seconds of the second half and leveled at 7:7. In the 21st minute, Burian put OSC in front.

Honved was without a goal for 12:59 minutes. Benjamin Hessels broke that silence and leveled at 8:8. After that, the teams exchanged goals. Three minutes before the end, the score was 9:9. Then came another OSC’s 3:0 rush. The team in the white caps netted three goals within 65 seconds (Manhercz from a penalty, Dala and Vigvari). A minute and a half before the end, OSC built a 12:9 advantage and there was no way back for Honved.

Ferencvaros was the favorite in the second semifinal. However, If Vasas had won, it wouldn’t have been a big surprise.

Still, Ferencvaros didn’t let Vasas take the lead. Moreover, Vasas leveled just once – 1:1 in the 2nd minute. Ferencvaros answered with three straight goals in 132 seconds and jumped to 4:1 (5th minute). From that point on, the distance was never smaller than two goals. At the first break, Ferencvaros led 4:2. It didn’t take a while before Fradi doubled its advantage. Denes Varga opened the second quarter with an action goal. Argyropulos added another in the 11th minute for 6:2. Vasas couldn’t recover from that start. Ferencvaros stretched the margin to five before the middle break (9:4).

Vasas narrowed the gap to three twice (6:9 and 7:10). But, Szilard Jansik closed the third quarter with an action goal for 11:7. Early in the fourth period, Luca Damonte found the net and Ferencvaros regained a comfortable 5-goal lead (12:7), so the finish of the game was quite peaceful.