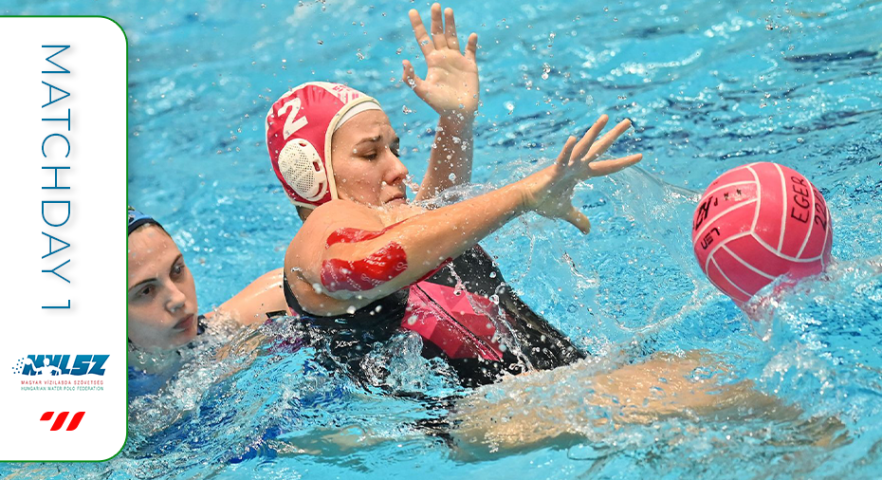 The first round of games in the Women’s OB I are in the books, and they didn’t throw up any surprises.

It was a winning day for four of the leagues stronger teams. UVSE bettered Tatabanya, Ferencvaros bossed Keruleti, Dunaujvaros asserted themselves against Gyor, and Eger had enough quality to pass Szentes. BVSC made no mistakes yesterday evening.

BVSC and Mercedes Stieber got off to a great start on the opening night of the OB I, defeating Szeged by a 19-6 margin. Kata Meszaros Farkas notched a double hat-trick, while Zita Armai (4) and Anett Alexa Gemes (3) also scored against an eleven-player Szeged.

Despite losing several key players over the summer, Dunaujvaros had no trouble defeating Gyor in the opening game of the season. In the first half, they scored eight unanswered goals, including a hat-trick from captain Krisztina Garda; Ujvaros sailed home afterward.

Eger got off to the winning start they would have wanted, but were pushed hard by a Szentes team that seemed, eventually, to run out of juice. Jozsef Sike will be pleased with the contributions made by his summer signings, with Dorottya Szilagyi scoring five goals, Bex Parkes scoring three, and Csenge Szellak scoring two.

The defending champions began their season with a straightforward victory against Tatabanya at Alfred Hajos.

Even though UVSE were not performing at their best, they were able to find the back of the net with relative ease. Panni Szegedi (5 goals) and Kinga Peresztegi-Nagy (4 goals) ran the game for the hosts.

Fradi had a blast against its Budapest neighbours, III Keruelti, winning 20-6. Dora Leimeter hit five on her debut, while her national team colleagues, Zsuszanna Mate (3), Greta Gurisatti (2), Tamara Farkas (1) and Dalma Domsodi (1) found the back of the net.

It’s not the start Keruleti would have hoped for, but they face Dunaujvaros on Wednesday and UVSE the following week, both of which are formidable opponents.