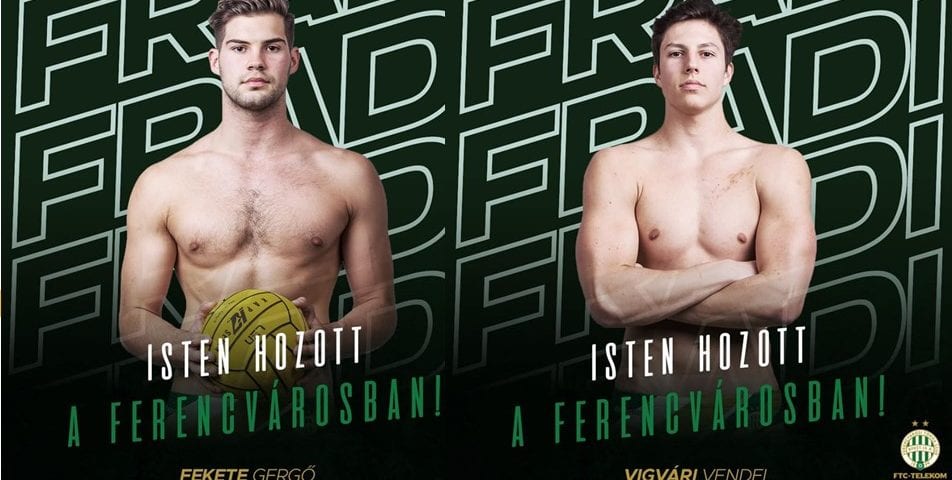 Ferencvaros, the European and Hungarian champion, presented the team for the next season.

There haven’t been a lot of changes in the squad this summer. Two players left the club: an Australian Aaron Younger (Pro Recco) and Mark Kallay.

Denes Varga will continue to lead Ferencvaros as a captain. Besides Varga, “Fradi” has six players of the Hungarian national team, which won the gold medal at the 2020 European championships in Budapest: Gergo Zalanki, Marton Vamos, Szilard Jansik, Tamas Mezei, Zoltan Pohl and goalkeeper Soma Vogel.

“He is a very versatile player who can be trained for many positions”, Ferencvaros’ coach Zsolt Varga said for the club’s website.

Fekete debuted for Debrecin’s senior team when he was 13. He won two bronze medals with the national team at the World Youth Championships (2016 and 2018) and a bronze medal at the European Junior Championships (2017). As Zsolt Varga said, Fekete will play on the same side as Varga and Fountoulis, and he can learn a lot from these two players.

Vendel Vigvari will turn 19 in September. He played for UVSE Budapest before coming to Ferencvaros. He was UVSE’s best scorer in the previous season with 35 goals in the national league and five in the Hungarian Cup.

Besides, a left-handed Balasz Nyiri (17-years-old), who played for Ferencvaros’s juniors, joined the senior team. But, he debuted for the senior team a long time ago.