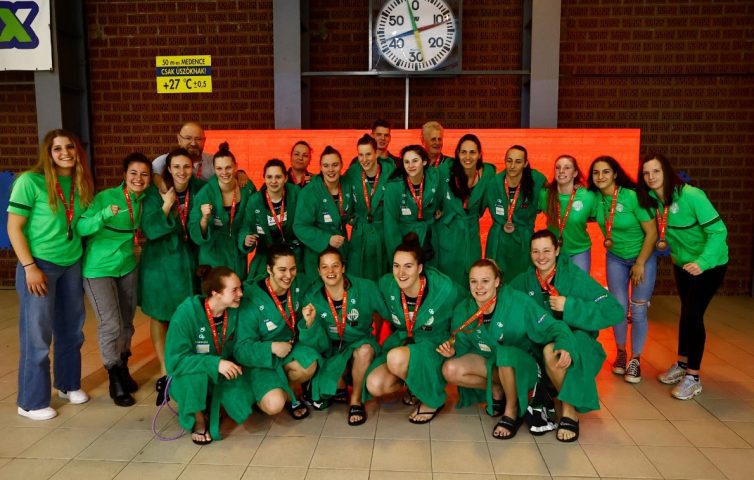 Ferencvaros have confirmed this years Bronze medal in the Hungarian OB I with a second, all-important victory over their rivals from across the river, BVSC.

This contest was much closer than the first Play-Off match between the two sides, which finished 13-4. BVSC were arguably better in this game than FTC, even if the Green and Whites got off to a better start (4-1 after 5 minutes in the first quarter).

BVSC did push hard, and got back into the match to even take the lead at the beginning of the third with scores from Flora Fekete, Tamara Farkas, Nikolett Kele and Anett Alexa Gemes (7-6).

Ferencvaros, however, got the better of their opposition when it mattered most in Q4 with three sucker punch scores via Maud Koopman, Dora Toth and Anna Illes – who scored a hat-trick in this match as well as the previous play-off game.

Fradi are well worth their third place finish, and their coach Gyorgy Gerendas amongst many others, would argue they probably deserved to finish even higher. FTC played really well at times this season, with excellent showcase wins over UVSE and Dunaujvaros earlier in the season.

For BVSC, this season was a bit uninspiring and given how teams below them like Eger and Szentes are performing, a top four finish is not guaranteed next season.  However they have secured European qualification for another season – boosting any recruitment prospects for the 5 time national champions