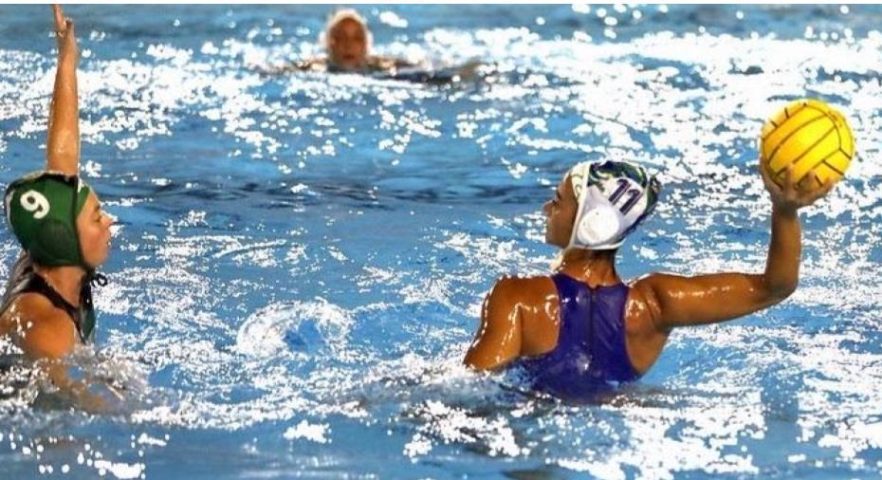 There was a little bit of everything on the opening evening of the 2022–23 Women’s Champions League Qualifying Round.

The biggest clash of the day saw Ferencváros bag an impressive 9-7 win against Mediterrani in their own pool. The win is a big statement by Fradi, who are continuing to prove that they are a force to be reckoned with.

Terrassa held De Zaan to a 11-11 draw, with a score by Noelia Cuenda literally on the final whistle. A win for Zaan would have been a huge shock and a big boost to their qualification prospects.

We will see the likes of Mataro, Eger and Dunaujvaros play their first games tomorrow.

The team from Leiden will take a huge step towards guaranteeing a berth in the next round, should they beat Nice tomorrow morning.

Vouliagmeni showed their superior quality against Nice this evening, with a ten-goal victory in the last game of the day.  An impressive first half saw the Greeks 9-3 up, and they quashed any chance of the Nice revival, with a 3-0 third quarter to shut-up shop.

The highly-anticipated duel of the group between Mataro and Vouliagmeni plays tomorrow.

There was late drama in the game between Terrassa and De Zaan, which ended 11-11. Three quarters of the game were a dead heat, with both teams cancelling each other out. Dutch internationals Maud Koopman and Maxine Schaap helped Zaan establish a two-goal advantage in the fourth quarter.

But Paula Camus netted with ninety seconds to play. Even with possession with 19 seconds left in the match, the Dutch Super Cup winners couldn’t hold on for the victory. Noelia Cuenda scored with the last throw of the ball to share the points.

A victory would have been massive for De Zaan, and while they will be disappointed with only a point, they will probably be more content than Xavi Perez and Terrassa.

Koopman was excellent in the game, with the signing from Dunaujvaros over the summer netting four goals. Pili Pena, Terrassa’s veteran lefty, netted three.

The hosts of Group B, Glyfada, gave Nancy a rough introduction to the top table of European water polo, defeating the French 21-4.

Terrassa will be confident of taking points off Nancy tomorrow before a huge clash with Eger, who didn’t play today.  Zaan have a really tough looking contest against Glyfada.

Ferencváros secured a hugely impressive 9-7 victory over Mediterrani in their own pool, with the side from Nepliget really demonstrating the improvement to their squad from last season.

The Hungarians made a good start, frustrating Medi, and taking a 2-0 lead in the first (Leimeter and Illes).

But the hosts turned the game around to lead 5-4 at half-time, with two goals from Verica Bakoc and Clara Espar, as well as a slick extra-player move from Mediterrani’s American-born captain, Sarah Lizotte.

However, a stunning long-range shot by Panna Pocze gave Fradi parity in the second. Tamar Farkas scored with 0:39 remaining in the third period to give Gyorgy Gerendas’ team a slim lead heading into the fourth.

The decisive blow was delivered by Fradi in the middle of the fourth quarter, when Gurisatti and Farkas scored in successive attacks.

In the first game of the day, Plebiscito humiliated the Sirens 33-7, with the former Italian junior international, Giusy Citini, hitting the side from Malta for six. Four players scored four goals; Cassara, Dario, Centanni, and Barzon.

A hat-trick of hat-tricks from Roma’s Chiara Ranalli, Chiara Tabani and Domitilla Picozzi lead the scoring for Marco Capanna’s team.

In the first game of the day in Group D, Mulhouse secured an important victory in their opening game in the Haut-Rihn, defeating Spandau 04 Berlin by a seven goal margin (19-12). While Mulhouse is only 30 kilometres from the German border, the visitors will have prioritised this match on their 800-kilometre journey to Eastern France as the one with the best chance of winning.

Louise Guillet fired home a double hat-trick in the game, while Mulhouse’s two Hungarians, Kinga Mihaly (3) and Lili Forgacs (2), both had a big influence on the game.

Spandau’s goals were practically all scored by Nikola Busauerova (5) and Emmerson Houghton (5).

SIS Roma do not play tomorrow, while Ethnikos will look to bounce back against Spandau.