Ferencvaros stun Dunaujvaros to go second in OB I 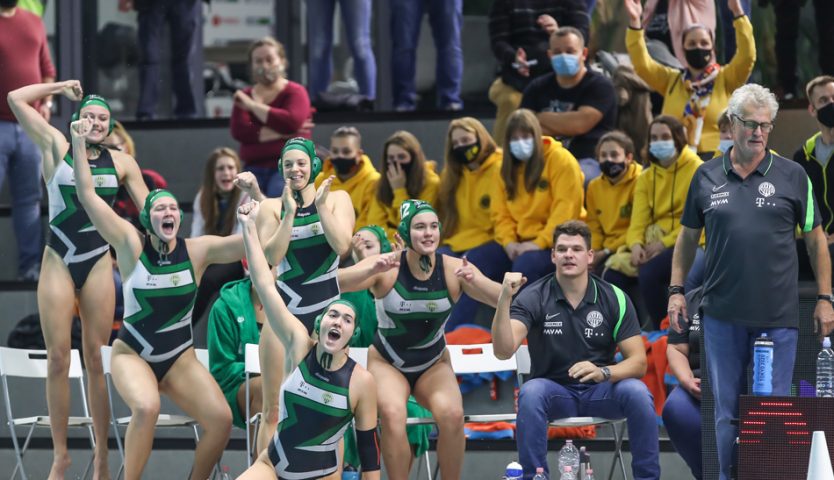 The last matchday of 2021 was epic in the Hungarian Women’s OB I. The big news from the day’s action was that Ferencvaros beat Dunaujvaros thanks to a goal on the buzzer from Zsuzanna Mate. Elsewhere, there were victories for UVSE, Eger, Szentes while Szeged and Keruleti shared the points.

The last game of the day, being broadcasted on M4 Sports across Hungary certainly did not disappoint as Ferencvaros defeated Dunaujvaros in Dunaujvaros. The remarkable game was resolved with two seconds to go thanks to Zsuzsanna Mate  – who was the player of the match. The impressive 5 goal haul for Dorottya Szilagyi was not enough for her side, who now slip down to third place.

There is no denying that this result is a big shock. Ferencvaros have been ok so far this season, but this win is by far their biggest result this year for Gyorgy Gerendas and his side. They now go into the new year unbeaten – with six wins and a single draw. On the other hand, this result is a fairly big set-back for Attila Mihok and his team  – who are now three points adrift of UVSE. While it doesn’t seem massive, given the form of UVSE, it is unlikely they will drop too many points in 2022. 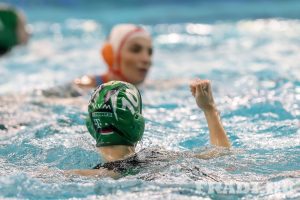 It was honours even on Friday night as two of the teams at the lower end of the table, Szeged and Keruleti, fought out a 10-10 draw. In a game that was close practically from the start, both teams are probably grateful for a point each. Zita Armai (4) and Reka Miklos (3) were the main scorers for Szeged, while the majority of Keruleti’s goals came from Gerda Brezovszki (2),  Dora Kisteleki (2), Panna Kudella (2) and Szamira Koppany (2). 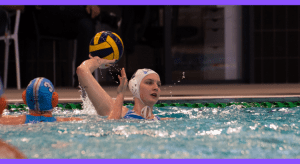 Szentes have stopped the rot in the pool from recent weeks with a very grateful three points away to Tatabanya. Despite a two-goal lead in the first, Szentes found themselves trailing 5-3 during the second period. However, a steady third and a ruthless fourth, Szentes sealed victory over relegation contenders, Tatabanya. The Dutch junior Noa de Vries netted four for Szentes, as did long-term stalwart of the club, Reka Kover-Kis. 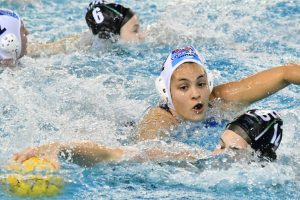 UVSE won again in fairly comfortable style in the Budapest derby despite a last quarter resurgence from BVSC. UVSE had played well and looked in command throughout the second half, but three unanswered goals in the last period made the score look a lot closer than the game was in reality. Dora Abel-Antal and Natasa Rybanska both converted quads for UVSE, as did Dora Leimeter for Zuglo. 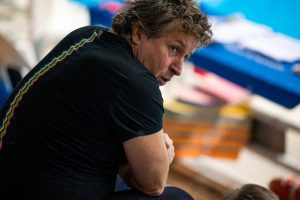 After a underwhelming start to the season, Eger end 2021 as the best of the rest with a convincing, but albeit expected, win over Gyor. The main scorers for Eger were Dora Czigany (4), Kata Menczinger and Ilona Borsi (3). Half of Gyor’s goals came courtesy of Kata Kurucz.