Pro Recco and Ferencvaros, the winners of their respective groups advanced to the semifinals of the Champions League with ease.

Pro Recco defeated Hannover in the first game of the Final Eight in Belgrade (16:9), while Ferencvaros trashed Marseille 14:6.

Hannover’s Darko Brguljan scored an opening goal of the 2021 Final Eight in the 3rd minute, but Recco proved which team the favorite was shortly after. The Italians responded with four goals for a 4:1 lead and maintained a 3-goal difference until the first break. By the end of the first half, Recco, led by captain Aleksandar Ivovic stretched the margin to four (9:5).

The Germans didn’t give in. After the middle break, they tightened their defense and reduced the gap to three in the third quarter (6:9 and 7:10). Still, Recco’s advantage was never in danger. 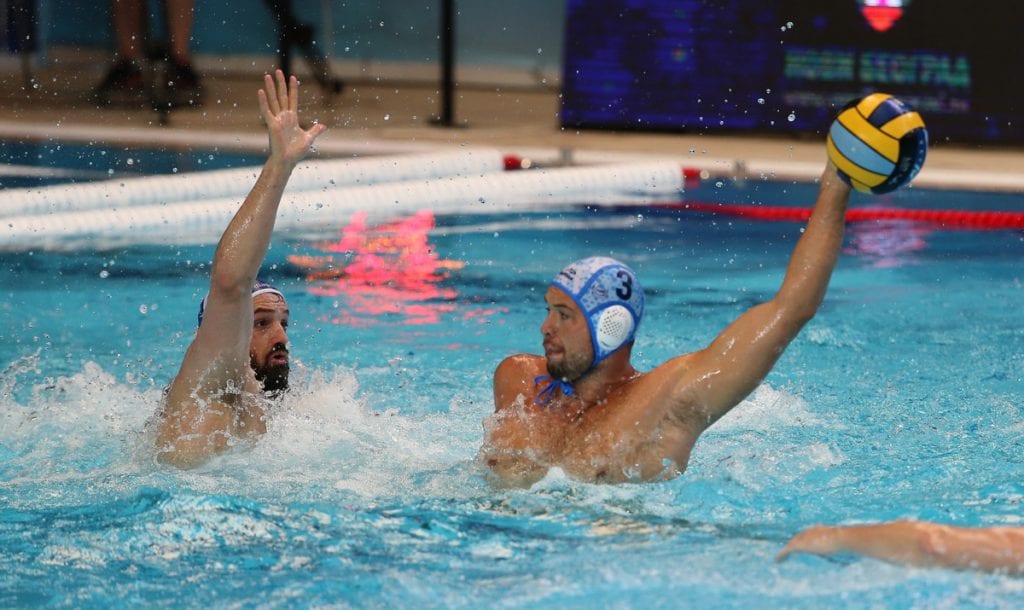 Recco dominated in the fourth quarter and cruised to the semifinals with a 16:9 victory.

Many believed that Marseille could surprise Ferencvaros, but the title-holder dominated the match, which turned into a one-sided contest quickly. The Hungarians earned a 4:0 lead quickly. After a 3:0 first quarter, Ioannis Fountoulis opened the second quarter with a goal from a penalty shot for 4:0. Immediately after, Ante Vukicevic broke Marseille’s silence – 1:4. But Ferencvaros, which had a perfect percentage of extra player shots, responded with three goals and jumped to a 7:1 lead before the end of the second quarter.

Ferencvaros was a much better rival today in every aspect of the game. Marseille couldn’t find the right solutions in the offensive play. Besides, Soma Vogel, the title-holder’s goalie, did a great job today.

Early in the third period, Ferencvaros increased the margin to eight (9:1), and there was no way back for the French. Only the margin of Ferencvaros’ win was in question.

Conversion of the extra player shots was one of the crucial factors. Marseille had a terrible percentage. They wasted many man-ups. A lot of shots were blocked by Ferencvaros’ players, there were too many misses, etc. Marseille’s first goal with a power-play advantage came  75 seconds before the end of the third quarter (Vukicevic for 3:10). 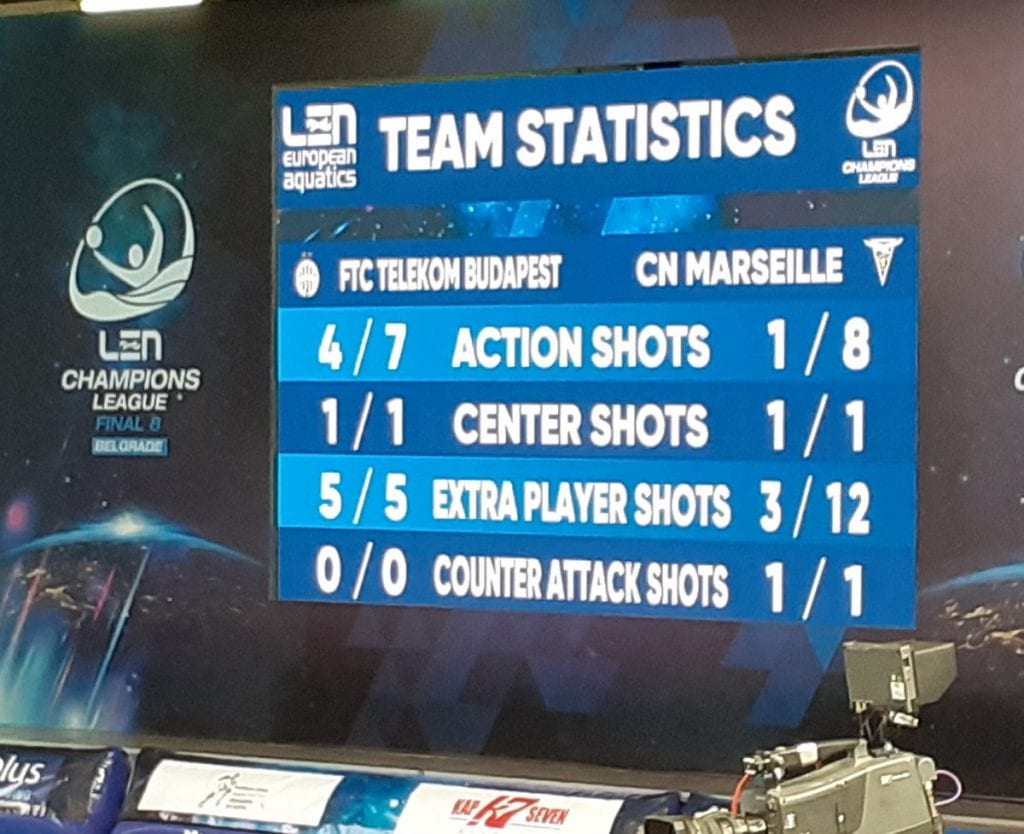 The statistical data say what made the difference

Marseille added two goals with an extra player in the fourth period, but it was too late for a comeback.