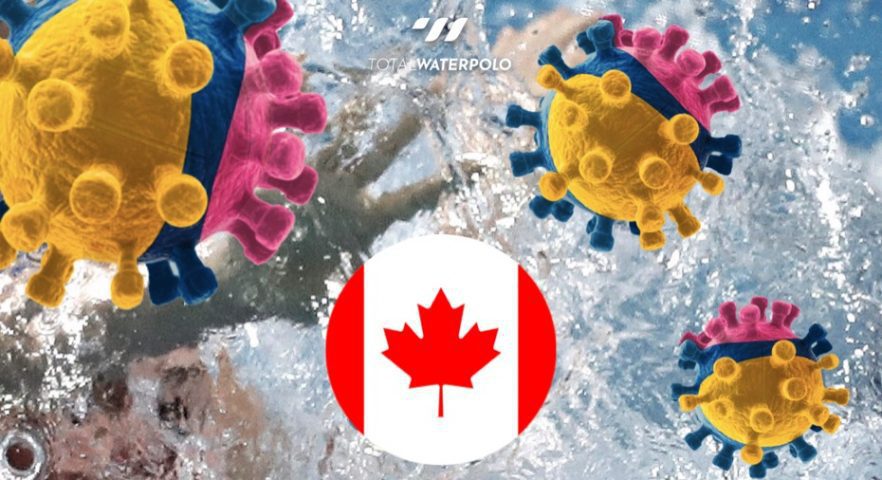 UPDATE: Canada have now been temporarily  suspended. The players and staff will have another covid test on Sunday. If less than 4 players are positive at those tests, they will participate in the 13th-16th classification matches as the 4th place team of Group C.

The Canadian men’s team are expected to be disqualified from the World Championships in Budapest after reports of up to five members of the squad testing positive for COVID-19.

‘three (3) or more cases of COVID-19 confirmed by a PCR test, the team delegation must be isolated and becomes automatically ineligible to participate in the remainder of the event in order to safeguard the health of other participants’

Yesterday, Canada’s Group C fixture in Sopron against Italy was not played, although at the time it was not clear whether FINA had postponed the match, or cancelled it altogether. FINA have not officially confirmed that COVID was the cause for the game not being played, but instead merely cited that the ‘health and wellbeing of all participants’ was the reason for the contest being put on hold.

However, several news outlets were reporting that there were three COVID-19 cases in the Canadian camp – a number that has subsequently risen.

As it is now clear that the game will not be played, under FINA’s technical rules, Italy will be awarded an automatic 5-0 victory for the game, meaning the Settebello will go level on points with Spain. If the standard protocol is to be followed, and Italy are awarded a 5-0 victory for the Canada match, a draw for the Spaniards tomorrow against Italy will guarantee the top spot in the group, given their superior goal difference over South Africa.

Canada suffered a heavy 19-2 defeat to Spain in the first round of matches. Subject to confirmation, South Africa will also be awarded a 5-0 victory for their game against Canada (due to be played tomorrow), and will finish third in the Group. We are still awaiting confirmation to any changes to the tournament schedule from FINA.