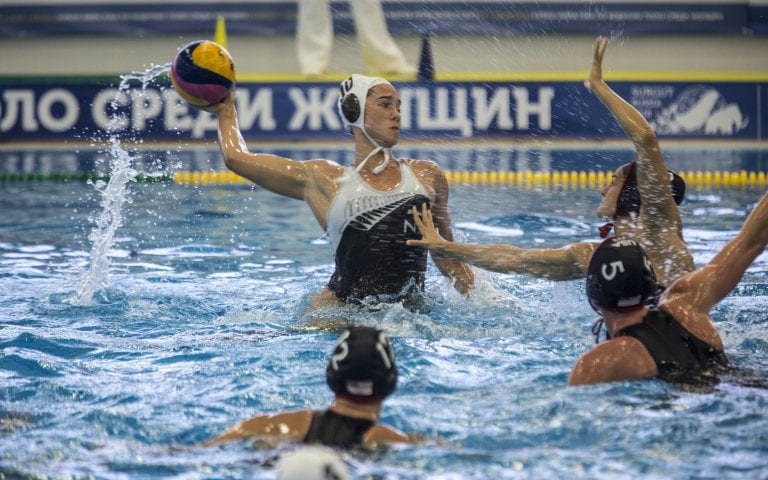 Besides clashes, launching round robin story for the 18th FINA World Cup’s edition, Competition Day 1 featured a concert, and a show, and an official opening ceremony, which declared the competitions open. A number of important guests were present, representing FINA, LOC, and government authorities of the region.

There were no hidden intrigues behind the carpet. The USA is a clear favorite wherever they go. New Zealand is young and inexperienced. The thing they could offer against such class opponents was their drive, energy, and devotion. Adam Krikorian coached side beat Kiwis in all game’s components. They shot well, worked for the kick-outs and used extra-man to excellent effect. Overall, they converted 3 out of 4 moments, leaving New Zealand ladies up to chase a chance to respond.

New Zealand struggled to get the ball to the center-forwards, but when it did arrive, the shots came under too much pressure to have any chance. On the contrary, USA centers were very successful, making their efficient play one of the main components of their eventual win. 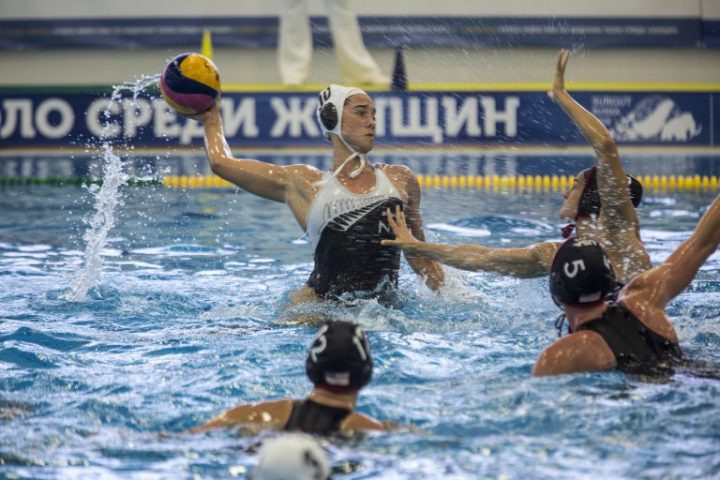 Americans took their time to warm up in the 1st quarter. They kicked off the glass after just over a minute as the game started congratulating Jordan Raney which made good use of the extra-man challenge once dished by Aria Fisher, 0-1.

New Zealand did not look confused or awkward, they fought hard, having a special mood against a notorious opponent. Morgan McDowell deceived Stephanie Halabridis on the way to her shooting position and converted her chance, 1-1 at the clock counting the third minute. Jessica Milicich was quite good, showing her saving art, but there was too much work in store for her non-stop.

New testing water polo rules have substantially raised speed and tempo of the game. One attack followed by another, which was definitely a honey on the pie for the USA. Kiley Neushul converting a penalty, then Aria and McKenzie Fisher, and Jamie Neushul produced class action goals to finish the first quarter at 5-1 in their team’s favor. 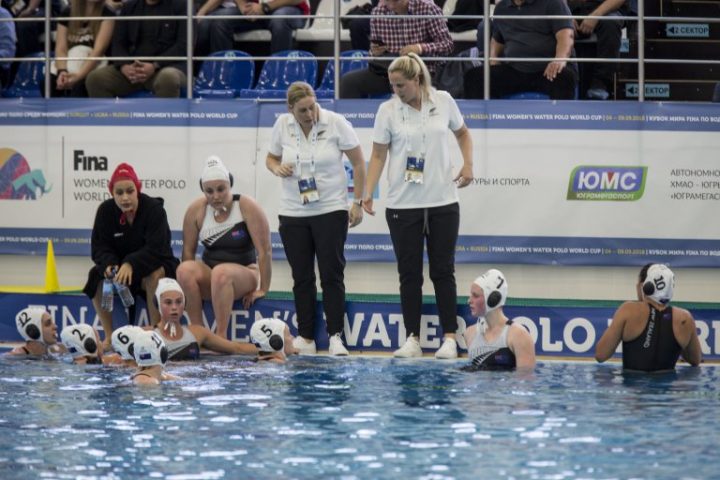 The only thing New Zealand ladies could do – or rather what Americans let them perform – was another extra-man goal by McDowell by the close of the 2nd period, which sealed the first half at 2-8 for the reigning queens.

The second half was opened by a hat-trick of Kiley Neushul en route to her best player and scorer award in this match, and concluded by Raney Jordan, scoring her second extra-man goal of the day. Angela Winstanley-Smith and her team never gave up though, seeking luck at their goals, but in vain – no chances were fruitful.

China turned competitive against Australia. Initially taken as a simple story where vice-champion is to give a lesson to the Asian journey, the game was a surprise and brought a parade of shots, keeping in suspense the audience and deservingly received the title of the second most exciting meet of the Day-opener. Chinese were a mess at the start and looked stumbled, but soon returned senses to come back strongly in the game.

Australians set the pace in the first period. Captain Webster opened the score a little over a minute after the game’s kick off. Isabel Bishop doubled the lead completing her mission at the low post to make it a 2-0 game for her nation. There came a lot of fighting and swimming, which brought no fruits to either side. 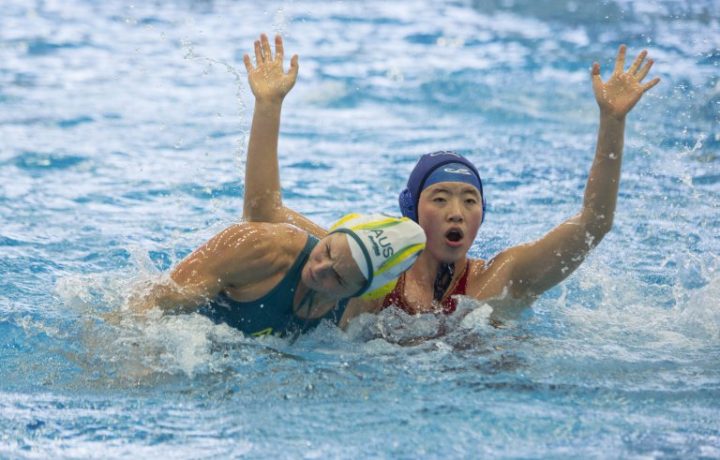 he scoring drought was broken in the midst of the next frame by 3 goals apiece. Jing Zhang of China secured a long-distance hit to the right. Rowena Webster used her gun twice, in action and in extra. Teams traded points to leave the gap unchanged by the large break, 5-3 in favor of Australia.

Chinese never gave up and managed to level the chances at one quarter left to play, 7-7. However, the draw turned out to be the best they could achieve this game. No matter hard it was for Aussie stingers, they found the right mood to revive in the last 8. Crucial for Chinese was an exclusion for the brutality of Guo Ning at some 2 minutes left in the match-up, and they were sad, and disappointed, and missed two goals within just a minute, 11-8.

Canada routed South Africa 18-3 and captain Krystina Alogbo contributed 4 goals to help achieve the victory. Converting powerplay chances proved an important factor in the Maple Leaves’ success as they killed 5 out of 7 chances. They could definitely have scored more, showing remarkably more composure than their opponents. The only scoring person in the team was Kelsey White, which marked her first appearance at the World Cup by a hat-trick. 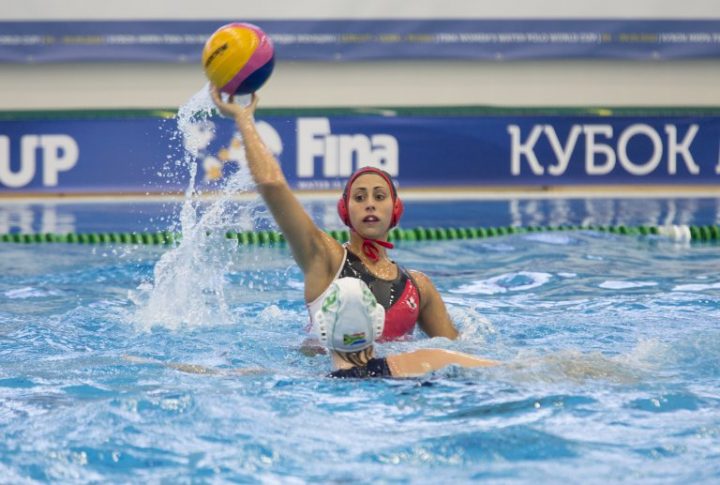 Canadians went three up and South Africa responded with a single. Monik Eggens opened up the duel, converting extra-man attack for the go-ahead goal just to see a surprisingly fast response of South Africans setting a tomahawk at a 5m distance, 1-1. The balance did not last long, as Canadians restored the habitual game’s flow.

Emma Wright and Krystina Alogbo did not miss their action chances, showcasing their individual shooting skills, to seal the first frame at 1-3 in their team’s favor. Maple Leave’s scoring stats were largely improved in the second, as Daniela Maria Passoni conceded 5 goals – two in the man-down, and 3 in counter-attacks. Too much stress and loads were in store for her after a large break. 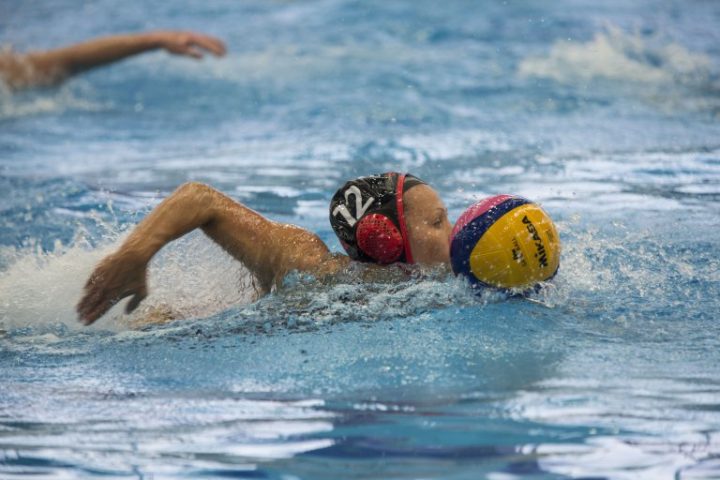 Krystina Alogbo and C never ceased shining brightly at various angles and showcasing different shot’s types. As a result, the fall of the third registered a double-digit lead of North Americans, 2-12, and soon was even perfected to 3-18.

Hosts celebrated a difficult win over Spain in a mixed performance. The current world No.3 took lead in the game with a relative ease, but complacency slipped into their game in the third quarter thus letting their strong opponents come closer and even edge them out narrowly. Russia did not give up and revived loudly supported by home fans to hit 5 vital goals to raise back the question on the game’s winner. 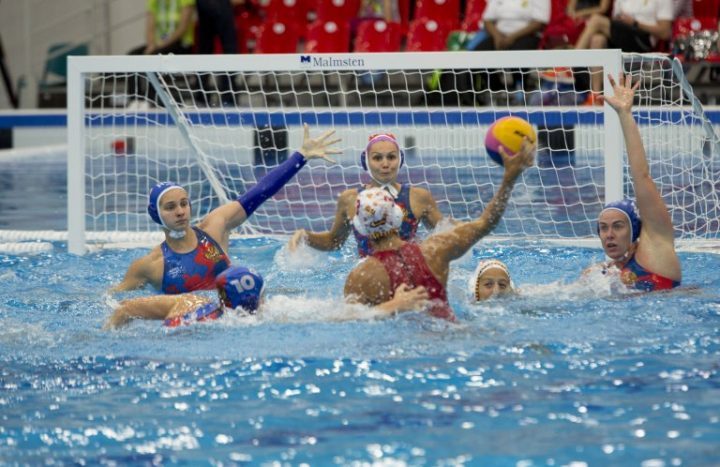 Russia had a better start with Maria Berseneva and Evgeniya Ivanova converting extra-man chances, 0-2, after 2.30 after the kick-off. Anna Espar responded via a penalty shot to book a very fruitful day at her office. Elvina Karimova and Daria Ryzhkova sent in two power rockets and Spanish were again on the scoreboard as Anna Espar exhibited her home-set trick, 2-4.

She never stopped scoring though, the job she knows and does very well. Collecting 4 more out of 7 her team’s overall “points” in the next two quarters, Espar deservedly turned into the best scorer of the day on 6 goals. Meanwhile, it was the middle of the second half, and the game grew closer. Hosts realized, they could not disappoint the crowd, which came to shout for them. And they did not. 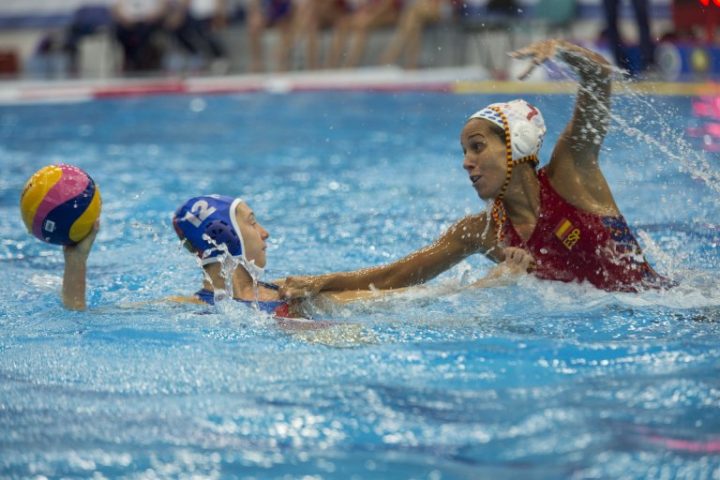 Coach Andrey Belofastov, left alone on the bench this evening, was constantly looking for the ways to unlock Spanish defensive schemes. The keys were found in the last frame. Making good use of Marta Pascual’s absence, excluded on 3 faults, early in the 4th period, Gorbunova and Prokofieva scored 2 goals apiece (3 of them came in powerplay), and Maria Berseneva sealed the matchup at 9-13 for the home squad. Special compliments deserved Russian goalkeeper Sofia Karnaukh, conceding no balls and showcasing a number of spectacular saves in the last quarter.