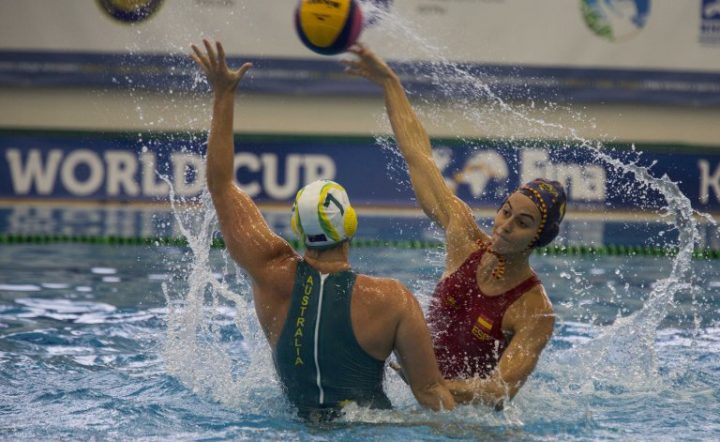 Routing uneasy China and Canada at their last group’s encounters, they have already got preparing towards decisive games. On Friday, they will play South Africans and China respectively, which ranked lowly fourth on 0 points earned. Mid-placement clashes must showcase two engaging match-ups of defending medalists – 2014 runners-up Australia vs. Canada, and 2014 bronze holders Spain vs. New Zealand.

There are no clear favorites in this stories, and agitation and excitement build on as the competitions progress. Seats were already sold out ahead of the finals, registering over 1000 locals and city guests watching water polo women, mapping its new location. 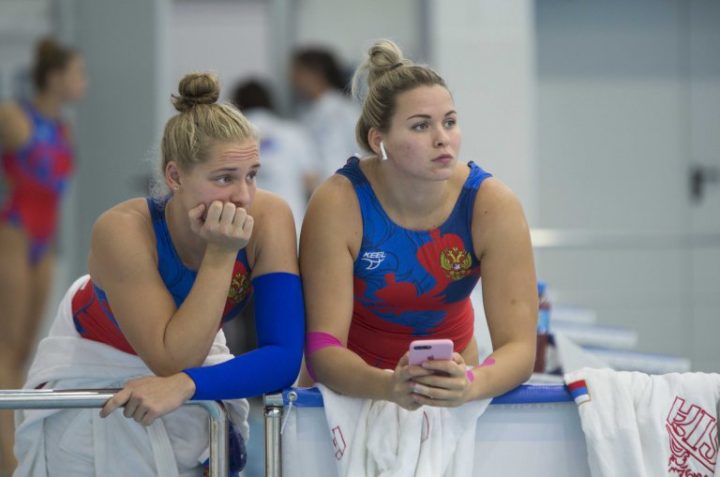 South Africa handed New Zealand their first 2018 World Cup win in Surgut, and the head coach of the defeated team knew right away why. Jason Sileno’s side fought hard and created chances, but could not make use of the moments earned. Eventual winners were certainly challenged in the first and partially in the second quarter, as they opened the score first (via a penalty shot, done by Kelsey White), and then had been trailing at 1-1 and 2-2. 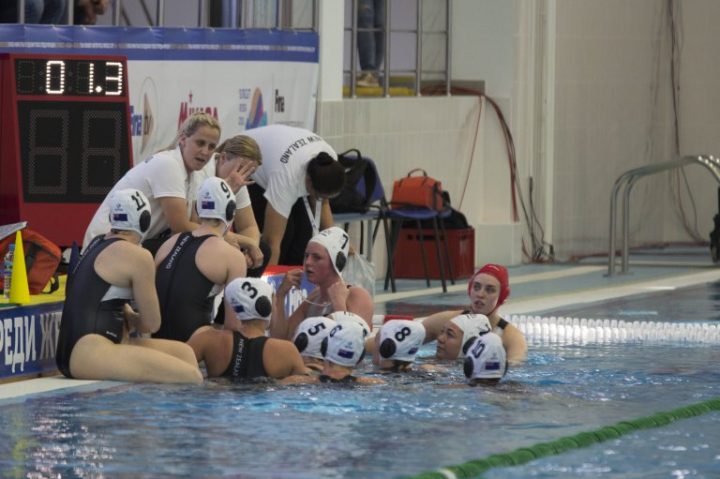 The crucial moment for the young squad came at the close of the half, once they conceded 3 goals in a gloom to go, which grew them stumbled. Determination carried them to save up their best for the second half and got prepared to gain better control there.

The scheme was easier said than done though, and a large break talk of the master did not work as well. Zandre Smith, the only scoring gun against US team on competition day 2, was again alone fruiting. She contributed 2 uneasy goals each of the quarters left apiece. New Zealand ladies scored 4 times to finish on a comfortable lead at 10-4. 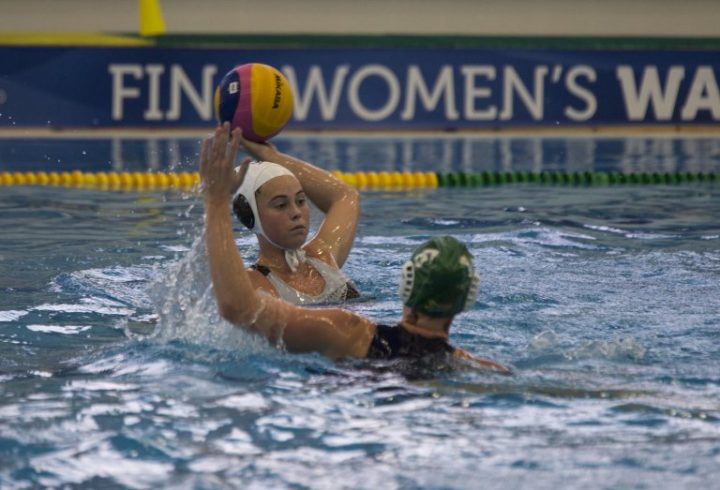 The best player of the match for the first time in Surgut was named of “kiwis”. Emmerson Joy Houghton was also a top-scorer there, finishing on 3 goals.

The first and the only tie of the FINA Women’s Water Polo Cup 2018 registered the most engaging encounter that of Australia against Spanish. Defending silver holders of the 5th continent were pace-setting all the way to the last quarter against Red Fury. European #3 and world #2 got energized once realizing they are on the wrong way to have the more difficult quarterfinal’s opponent, the team of Canada. Drilled by Chinese on Competition Day 2, they managed to secure “part”. They could have won as well, provided they were more careful in defense. 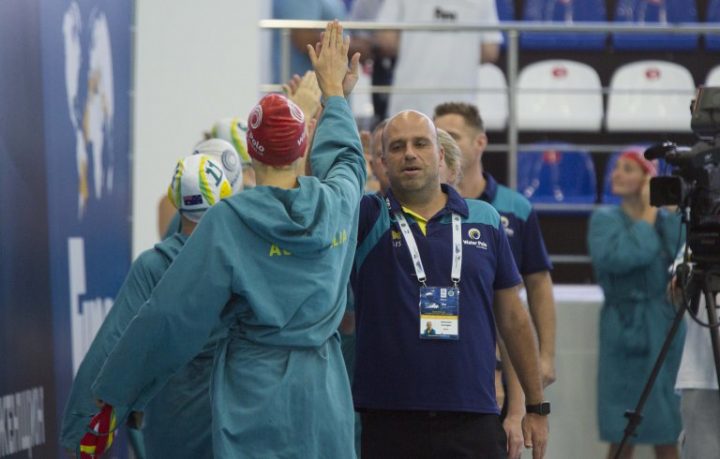 Miguel Angel Oca’s side showed their trump cards first and kicked off the glass in the man-up. Best player of the yesterday’s game Beatrice Ortiz was en route to another prize, assisted by Clara Espar. Australian response came 3 minutes later, it was a beautiful power shot in the upper right corner.

The dish was served by Hannah Buckling and duly performed by Zoe Arancini, 1-1. Then teams were trailing till the middle of the next quarter, 2-2 and 4-3, which was the start point for Athanasios Kechagias coached side dig out the lead.

Australian power forwards prevailed in tight combats, played full court defense and did not let Spanish unfold their guns, which were not that efficient at the second line shooting, 6-3 at 0,40 seconds left in the first half. That was, however, the biggest difference in the match seen. Bea finally sorted out the way to combat her marker and converted her 2nd shooting line “goal to the gloom”, 6-4.

The third quarter saw a “Spanish revival”. They gradually improved on defensive play, and it was the turn for Australians to toll the alarm bell. Helena Gomez, Pilar Pena (both in extra) and again Beatrice Ortiz, for the third time already, made it a tie, 7-7. They even turned one up in the last quarter, but could not keep to the new role. The buzzer came right in the rush-minute for Australians, which did not fruit their last hope powerplay challenge, 8-8.

The United States vs Canada 17:3

Olympic, World and World League champions USA eased past Canadians 17-3 for their third straight victory at the 2018 FINA Women’s Water Polo World Cup. The first spot in the group “B” was on the table when rookie Americans and their spiritual North American neighbors jumped into the pool to open up the afternoon program. 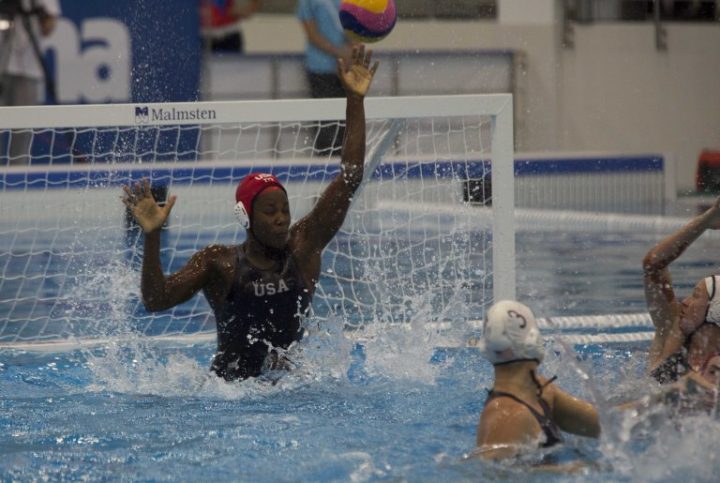 Following a series of one-sided clashes to warm-up, the North Americans had finally staged a clinch between themselves. But the denouement came as a rout, which none could have predicted. It was too much for Canadians to concede and too easy for Americans to collect.

The teams went neck-to-neck in the first quarters, 2-0, 2-1, but then the USA got the clear message they were ready for a take-off. In the third term, they shone brightly with a great defensive performance, full-court pressing, and irreproachable Ashleigh Johnson always ready for the action and won it by 9-2. It was not a coincidence though, and Canadians did not recover. The scoring storm went on to produce 4 more comparatively easy goals. Theoharis Pavlidis side could do nothing with their mighty opponent, suffering the largest loss within a few recent years. 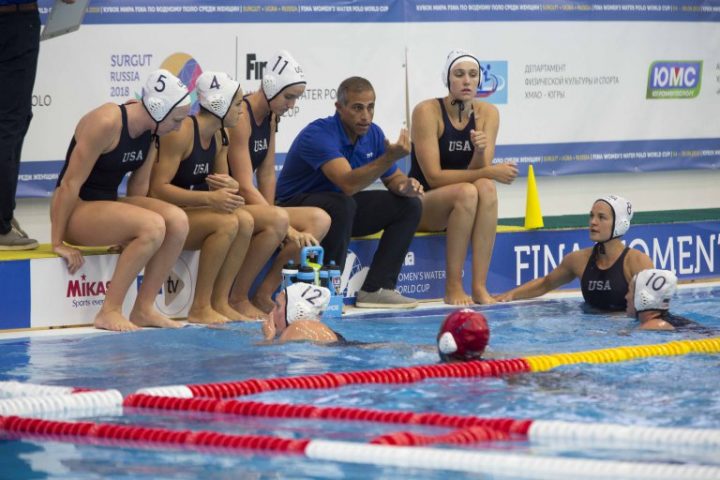 Defeat is never easy, though better had in prelims with some room for conclusions. Canadians lost a lot and at the same time got off scotfree. They just finished 2nd in the group B handing out the USA the right to have the easiest challenge in the 1/4 finals.

Russia has done it! Once again led by their rising scorer Maria Bersneva, hosts won their last encounter at the prelims in Surgut. Playing China, always strong and unpredictable, Aleksandr Gaidukov and Andrey Belofastov coached side showed determination and strength, something that has brought them a 4 point lead by the end of the first half, 6-10. Although the Asian team managed to show itself for a few moments in the third part, they couldn’t deal with the steadily growing advance of the local hopes, 8-16. 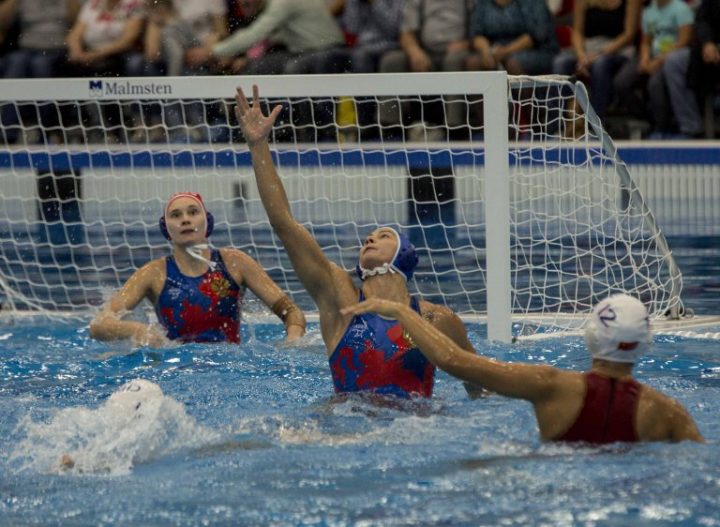 The fourth period turned out to be a fight as Dali Gong’s team gave up never. They were pressing in defense and creating chances and counterattacking, but the only fruit they reached was finishing the quarter at 3-3 and the game 11-19 overall for the team Russia.

The go-in lady of the day was definitely Maria Berseneva on 5 goals. Captain Ekaterina Prokofieva and Olga Gorbunova, which was named the best in the game against Australia on competition day 2, scored 3 goals apiece. The best of Chinese – Yinh Zhai and Ning Guo contributed 2 apiece, which was not much competition. 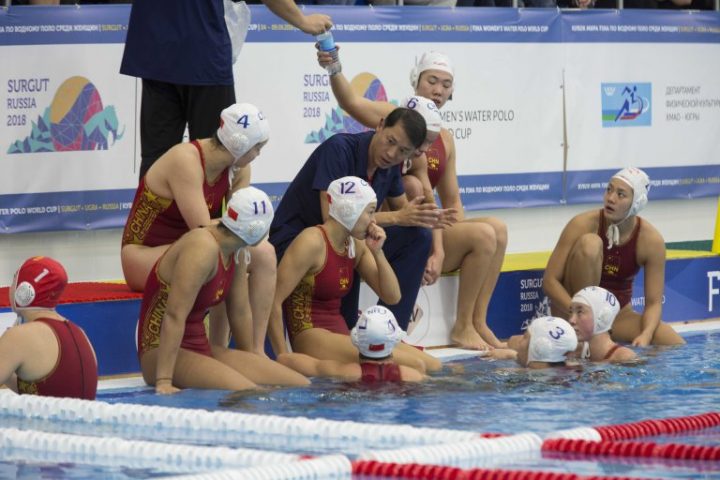 Prelims have placed them 4th and their luckier challenger topping the group A. Quarter-finals will now see them competing in two different clashes, testing American spirit for one, and South Africa for the other occasion respectively.