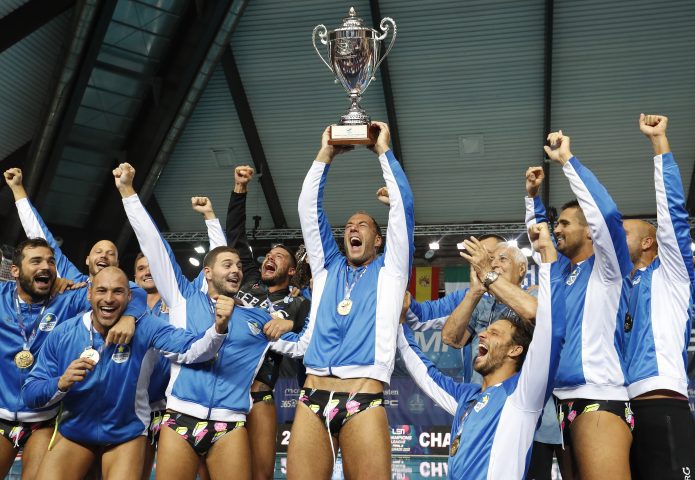 Pro Recco won its 10th title as the European champion defeating Novi Beograd in an extremely thrilling final of the 2022 Final Eight at the pool “11.april” in Belgrade

A big drama ended after a penalty shootout. The score in regular time was 13:13. The final was an even contest. Still, Novi Beograd led for most of the time, it had a 2-goal advantage before the final period, but Pro Recco caught up with rival scoring an equalizer 12 seconds before the end.

In the shootout, only one of Recco’s players missed. At the other end of the pool, two Novi Beograd’s stars – Dusan Mandic and Nikola Jaksic failed to score and Recco retained the title.  If Jaksic hadn’t missed and Novi Beograd had won the title,  he would have been the hero of the match. He did a great job both in defense and in the attack.

For the ninth time, a winner of the Champions League managed to retain the title. Recco did it twice – seasons 2007 and 2008  and seasons 2021 and 2022 (see the full list of winners at the end of the article)

For the second time in the Champions League history, the winner was decided in a shootout (after Ferencvaros beat Olympiacos in Hannover in 2019).

Pro Recco’s Giacomo Canella was picked the MVP of the tournament.

The final was played in front of the fully packed stands of the indoor pool SC “11 April”. None of the 1511 seats was empty. Fans’ support was a great stimulus for the home team’s players.

The first quarter offered a few twists and a lot of nice goals. Radomir Drasovic gave Novi Beograd an early lead in the 3rd minute. However, Recco responded with two and went in front. Then, Novi Beograd took control and produced a 3:0 rush. Fifty-four seconds before the first break Dusan Mandic fired a “bomb” from 7 – 8 meters and two goals separated the rivals for the first time (4:2). However, Pro Recco scored two goals in the last 35 seconds – Zalanki netted from a penalty, while Canella surprised Novi Beograd’s goalie Coimbra, who couldn’t save his tricky long-distance shot. The rivals were tied at 4:4 at the first break.

Recco won the swim-off at the start of the second period, but the Italians lost the ball in their first attack, and Novi Beograd started a counterattack, which was finished by Strahinja Rasovic – 5:4. After that, both teams tightened their defenses. Neither of the sides had many real opportunities for shots. They had to try to score from difficult positions. But, the spectators saw two goals in the last minute. First, Zalanki converted a man-up to level at 5:5 (41 seconds before the end). Novi Beograd earned a power-play advantage in its last possession in the first half. Dusan Mandic noticed that Nikola Jaksic found some free space in the center-forward position, and assisted him. Jaksic made no mistake – 6:5. 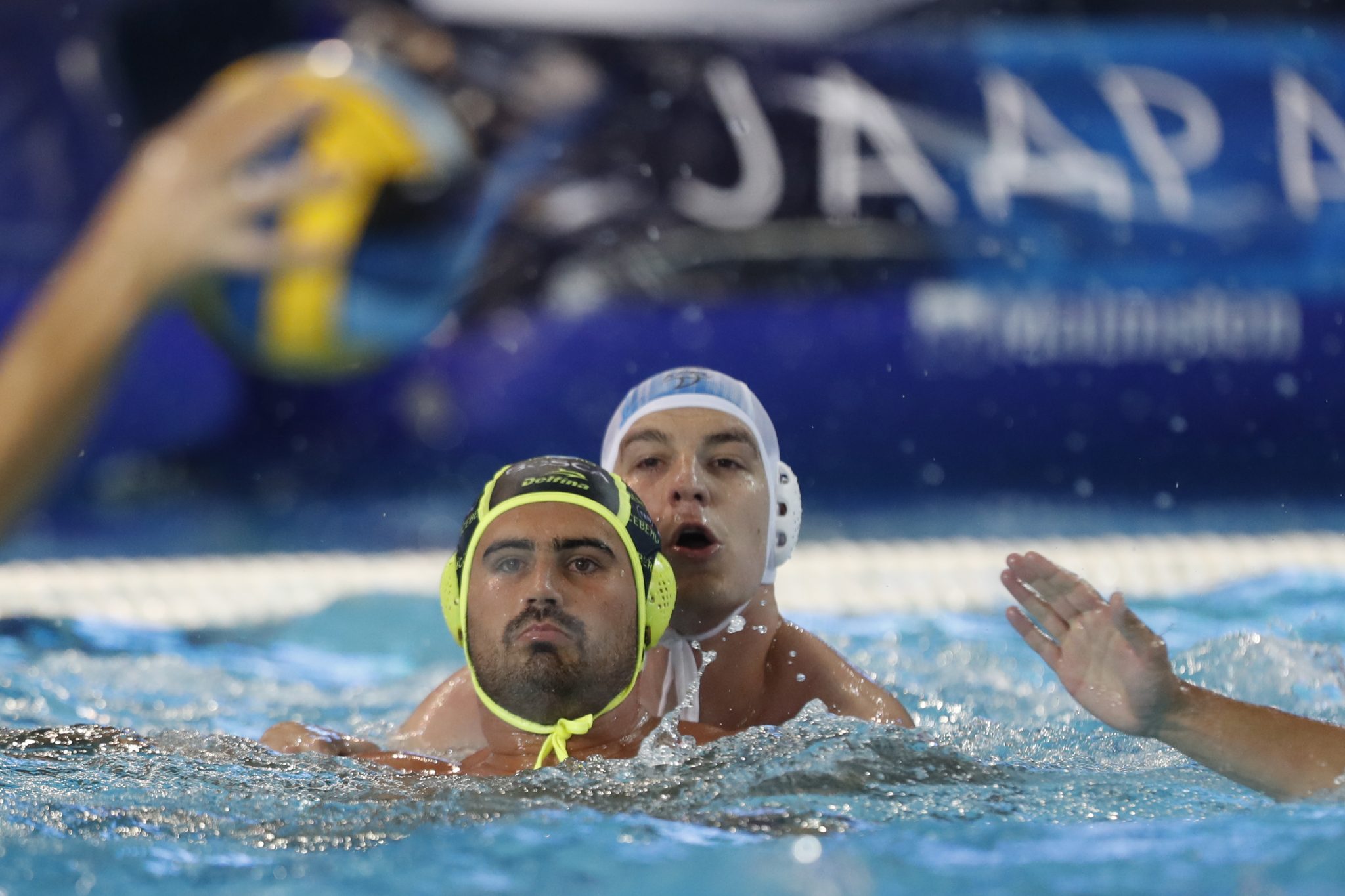 Midway through the third period, Pro Recco built its second lead in the match (after an early 2:1). In the 19th minute, Novi Beograd was still in front (7:6). Then, Recco forced two penalty shots in two consecutive attacks. Gergo Zalanki converted both penalties – 7:8. Strahinja Rasovic replied to Zalanki with two power-play goals – 9:8 (22nd minute). A minute and 9 seconds before the last break, one of the best center-forwards of all time Dusko Pijetlovic doubled the hosts’ advantage – 10:8. Zalanki answered with a power-play goal for 10:9. However, Nikola Jaksic, who played excellently both in defense and attack, added the 4th goal to his tally and made it 11:9 just six seconds before the last break.

Pro Recco was in trouble before the final eight minutes. Novi Beograd played its best game in a short club’s history and was very close to the trophy. 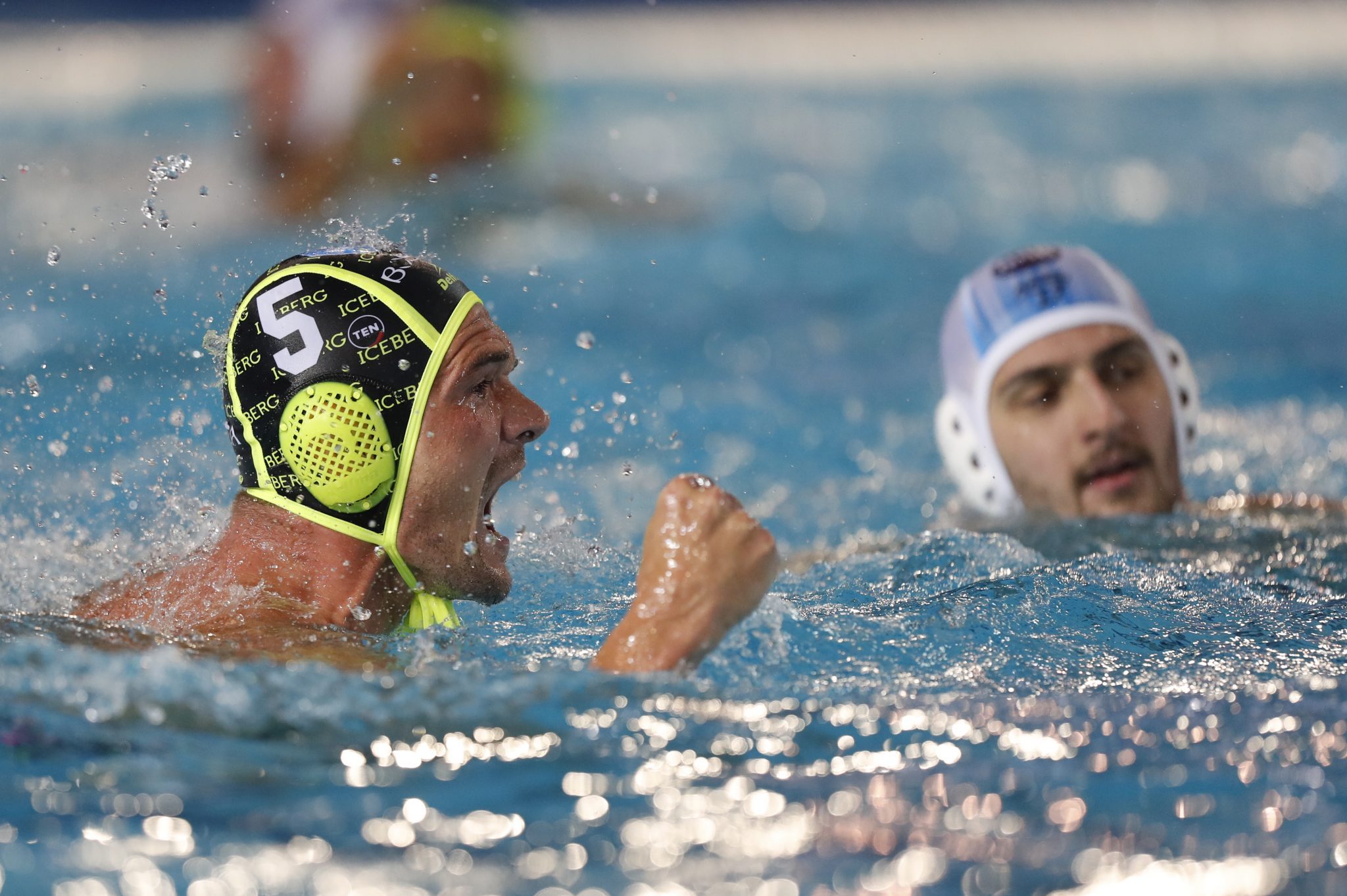 However, Pro Recco erased the deficit in the first 150 seconds of the fourth period, thanks to Aaron Younger. He converted a man-up (26th minute). A minute later, the Australian’s shot from the perimeter was unstoppable – 11:11.
But, Jaksic entered the stage again. The Olympic champion scored from a 6 on 5 in the 28th minute – 12:11.
The drama was reaching its culmination, tensions were getting higher and higher. Ben Hallock leveled at 12:12 (69 seconds befre the end). But Novi Beograd responded immediately. It was Nikola Jaksic again. At 00:50, he gave Novi Beograda a 13:12 advantage.

Pro Recco earned a man-up in its last possession. Sukno called a time-out. It paid off. Gergo Zalanki found the net for the fifth time in the match and kept his perfect percentage of the extra player shots (3/3) – 13:13.

The visitors had stronger nerves in the penalty drama and successfully defended the title won in 2021 in the same pool.

Sandro Sukno, Pro Recco’s head coach won his 2nd title as the European champion and became one of a few persons who have won the title both as a coach and a player. Sukno lifted his first trophy, playing for Recco in 2015. He returned to Recco as a coach last summer and has won everything he could – “the double crown” in Italy and the Champions League:

“The final was an encounter between the excellent teams. We knew that we would have a hard task against Novi Beograd, the team that was made to win the Champions League. I am quite surprised with how both teams played at the end of a three-day tournament. The rhythm of the game was better than I expected. I congratulate Novi Beograd and my colleague Igor Milanovic. We won because we were focused in moments. Concentration, power of the mind, not luck decide in the penalty shootout.” 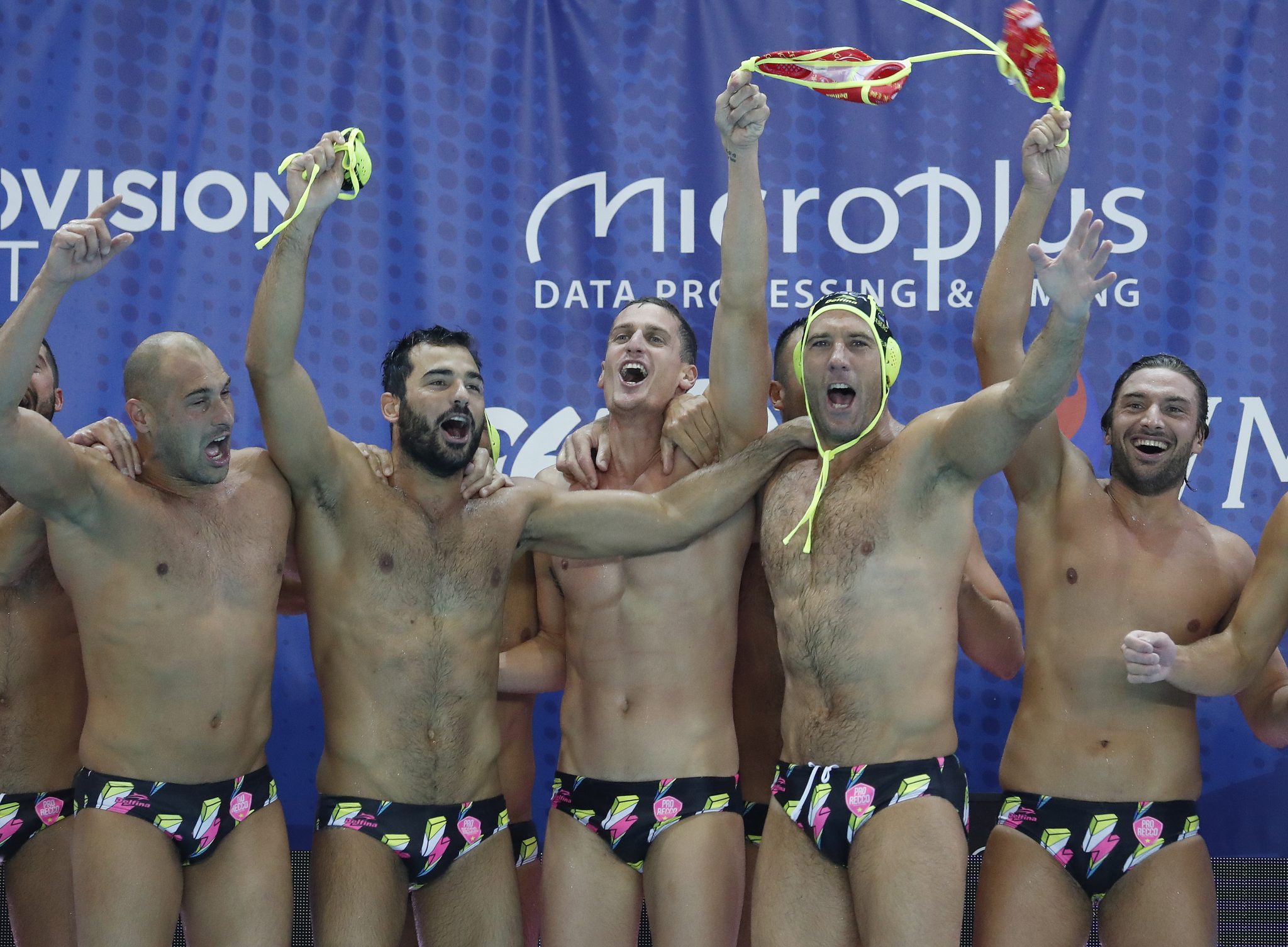 “Novi Beograd played a great match. The hosts proved their quality, it is a team that was made to in the title.It was very hard to beat them. This is Recco’s 10th and mine 4th title. I think that this trophy is one of the most important in Recco’s history. We played very well throughout the whole season. The win over Barceloneta in a hard quarterfinal match boosted our self-confidence for the rest of the tournaments. That self-confidence helped us to endure the hard final until the end.

„We led for most of the time, we were close to the title. In the end, tiny details decided If we had defended at least one of the last two attack we would celebrate. Pitty…“ 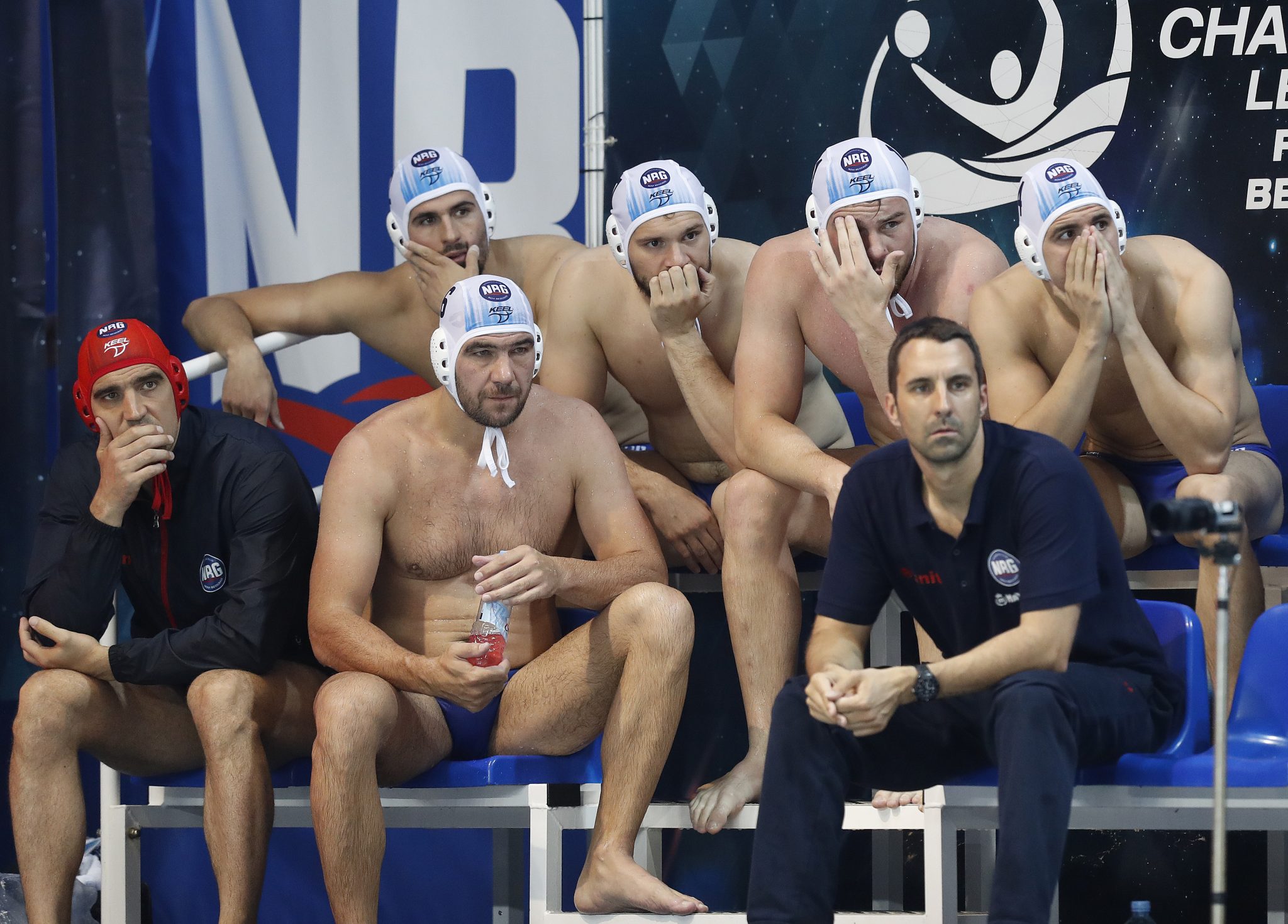 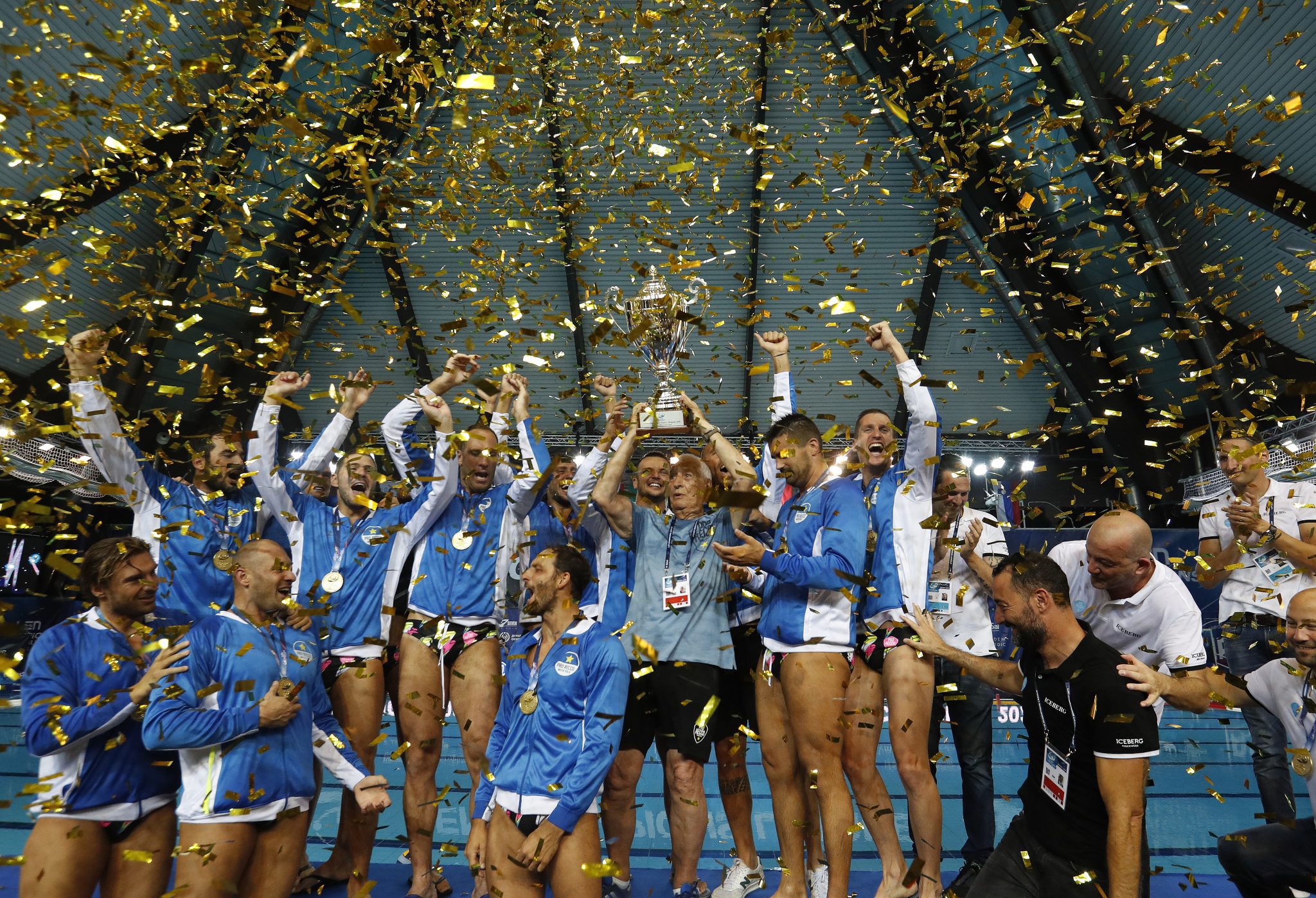