Finalists of Budapest Championships face off in World League semifinals 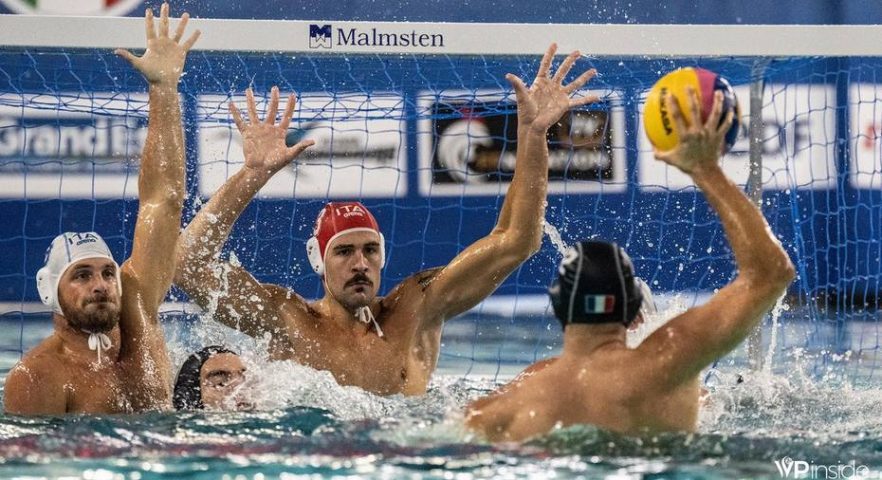 The finalists of the World Championships in Budapest – Italy and Spain – advanced to the semifinals of the Men’s World League Super Final in Strasbourg.

Spain recorded a 7–goal win over Canada in the game with two different halves. The world champions were the favorites in this game, but they needed a lot of time to break Canada’s resistance. The North Americans led 5:4 at halftime. However, Spain dominated the second half. It conceded only one goal and celebrated a 13:6 win.

Italy and Spain will face off in the semifinals tomorrow.

The second semifinal pair will be known after the evening session. USA and Australia will play in the third quarterfinal match. The encounter between France and Montenegro is the last match on today’s schedule

Italy, which had players who won silver in Budapest on the roster, led throughout the match and recorded a convincing victory. Still, the hopes of a younger Serbian team that it could come back and maybe surprise Italy were alive until the end of the third period.

The Italians built a 2-goal advantage early (2:0, 3:1), but Serbia halved the distance in the 7th minute. 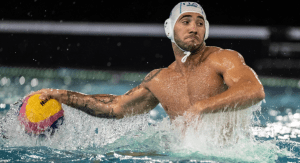 A good opening of the second quarter put the world No 2 on the right track. Filipo Ferrero scored an action goal. Di Somma added one from a counter-attack and Italy built a 3-goal lead for the first time – 5:2 (11th minute). Radulovic fired the ball from a distance for 3:5, but Di Somma responded immediately with an extra man(6:3). In the following minutes, the Serbs wasted three man-ups. But they were still in the game. Subotic reduced the gap from a penalty (4:6).

The third quarter started with a penalty for Italy, which Renzuto converted to a 7:4 lead. The Serbs were chasing the rival and managed to come relatively close twice (5:7 and 6:8). In the middle of the quarter, a left-handed Luca Damonte scored from a distance for 9:6. After that, Italy held off all the Serbs’ comeback attempts. Italy’s defense and goalkeeper Gianmarco Nicosia, who was in front of the goal for all 32 minutes and posted 11 saves, were very good. Besides, the Serbs made a lot of mistakes in the attack. There were several wrong passes and misses. They lost the rhythm. In the 22nd minute, Fondelli converted a 6 on 5  to stretch the margin to four (10:6).Italy was just a step from the semifinals.

Shortly after the last break, Damonte continued the Italians’ series – 11:6, and there was no way back for Serbia. The silver medalists from Budapest booked a ticket for the semifinals.

The Italians’ good defense was the key factor that made the difference. Besides, the winners had a high percentage of the extra player shots – 5/7 (Serbia had 2/7).

The Spaniards secured a spot in the semifinals with a furious second half.

The first half of the game was balanced, but Spain was never in front. Canada took a one-goal lead four times, while Spain leveled four times until 4:4. At the finish of the 2nd period, it seemed that the sides would be tied at halftime. But, Rauel D’Souza gave Canada a new lead (5:4) with a nice power-play goal with 56 seconds left on the clock.

Canada’s goalkeeper Milan Radenovic was one of the best players in the first two quarters. He posted eight saves in the first 16 minutes. The statistics say that Spain made more opportunities, but it didn’t help the world champions. Spain’s percentage of shots in the first half was 4/19, while Canada’s was 5/12. 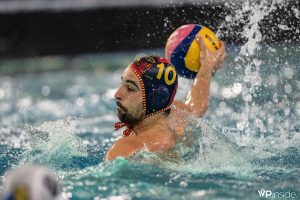 After the middle break, the Spaniards turned the cards. Sanahuja leveled from an extra player in their first possession in the third period. Barroso netted an action goal in the 20th minute to give Spain the first lead in the match – 6:5. Shortly after, Valera added one more goal. Biel made it 8:5 in the last attack in the third period.

All times are CET. The schedule is subject to change.