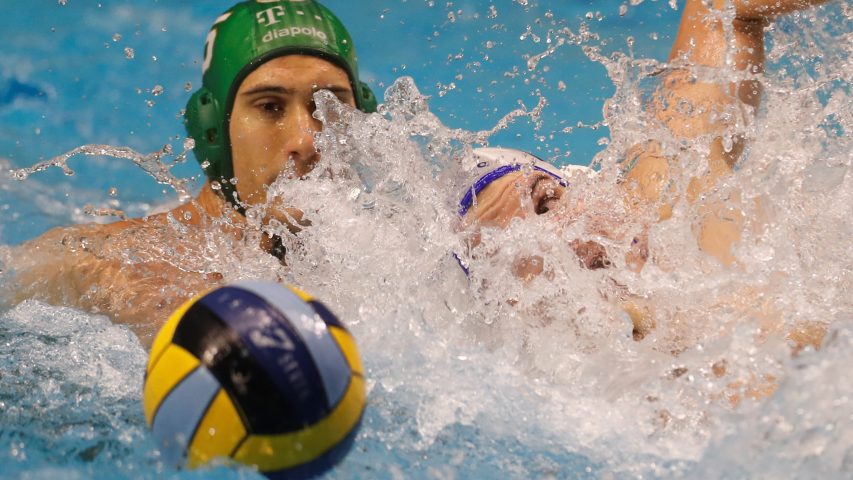 The Preliminary Stage of the Champions League is near an end. The 14th round will be played on Tuesday and Wednesday.

There are no more available F8 tickets, but there will be a few crucial matches in the following two days.
As for Group B, the only open question is which team will finish atop – Pro Recco or Marseille. But, Marseille needs a miracle to move Recco from the 1st position.

Brescia cemented 1st place in Group A, while the other three qualified teams will try to avoid 4th place.

Only one match in Group B can affect the final standings – an encounter between Pro Recco and Marseille. But, even before the derby, it’s almost sure which team will finish atop the group. Pro Recco has three points more than Marseille. The Italians beat the French 13:7 in Marseille. So, the French will climb to 1st place if they defeat Recco by seven goals or more. It would be a big miracle. In any case, this game will be something special. It will be staged in the outdoor “Punta Sant’Anna” pool. The hosts expect a great atmosphere.

Hannover will host Jug. Spandau and Crvena Zvezda will face off in Berlin, while OSC will play against Steaua.

Brescia, Ferencvaros, Novi Beograd and Barceloneta qualified from Group A.

Brescia secured the top spot, while the last round will determine the rankings 2nd – 4th. Ferencvaros has won 25 points, Novi Beograd and Barceloneta one point fewer (but Novi Beograd is better than the Spaniards in the head-to-head encounters).

The main goal of each of these three teams is to avoid 4th place and a clash with Pro Recco in the quarterfinals.

Ferencvaros plays at home in the 14th round. The Hungarians will host the group leader Brescia. After the 10th round and a 7:17 loss to Barceloneta in Budapest, Ferencvaros was in a tight corner. But, in the following two rounds, the Hungarians recorded two significant away wins (over Novi Beograd and Olympiacos). Ferencvaros narrowly beat Radnicki in Budapest three weeks ago and qualified for the Final Eight. In the past few months, “Fradi” has played excellently in the Champions League and the domestic league. A convincing 18:9 victory over OSC in the first match of the playoffs final was an excellent overture for the duel with the Italians. Brescia doesn’t arrive in Budapest in a good mood because it suffered an unexpected loss to Trieste in the semifinals of the Italian League on Friday. Ferencvaros head coach Zsolt Varga wasn’t on the bench in the game against OSC, due to illness. There is still no official information if he will be able to guide the team on Wednesday.

Novi Beograd travels to Kragujevac to face Radnicki in the Serbian derby. These two teams have met six times this season, and Novi Beograd has achieved four wins. The game on Wednesday will be an opening of a new series between the two best Serbian clubs at the moment. They will play in the final of the Serbian League that starts next week. Radnicki has nothing to get or lose in tomorrow’s game, but it won’t give the points to Novi Beograd on a plate.

Unlike almost all other Champions League clubs, Barceloneta finished the domestic season in April, winning a new title of the Spanish champion. They have been focused only on the Champions League for a while. On Wednesday, Barceloneta plays against Jadran Split. However, a win in Split won’t guarantee them to move from 4th place, if Novi Beograd and Ferencvaros beat their rivals.

Olympiacos will finish the European season with the match against Dinamo. The Greeks failed to make the Final Eight, which was a big disappointment for the Piraeus-based team. But, since the start of the season, it was clear that at least one of the favorites in this extremely strong group would miss the Final Eight.