Five teams unbeaten in the Women’s OB I

This evening saw another matchday in the Hungarian women’s OB I in which we have a table of two halves. Five teams: Dunaujvaros, UVSE, BVSC, Szentes and Ferencvaros, all maintain their 100% win records, while the bottom five: Szeged, Tatabanya, Eger, Keruleti and Gyor are yet to gain any points.

Dunaujvaros won their second game of the season away to Szeged thanks to four more goals from Dorottya Szilagyi, as well as hat-tricks by Greta Gurisatti and Nikolett Szabo.

After a pretty comfortable first victory last week against Tatabanya, they followed up that result with another competent performance against a gritty Szeged side. Only two-goals separated the sides in the last quarter as Reka Miklos and Zita Armai gave Szeged a chance, but three unanswered goals within two minutes ( two from Szabo and one from Krisztina Garda) sealed the three points for the away side.

That’s now two defeats from two for Szeged, who were thrashed by Fradi last week, and face the daunting prospect of a trip to the Hungarian capital to face UVSE. Gabor Lako, Tamas Varga and the rest of the coaching staff at Szeged will be looking forward to an easier run of games soon.

UVSE will be satisfied with their start to the new season after claiming three points on the road in the North-West of Hungary at Tatabanya. Rita Keszthelyi was in a typically clinical goal-scoring mood netting five times in the game while her national team-mate, Dora Antal, bagged herself five goals.

While the game was relatively close on the score line at half-time (4-8), UVSE always looked good for the win, and in the third period, they really asserted themselves with five goals from Lili Forgacs (2), Antal (2) and Keszthelyi.

Eniko Rajna did strike the target four times in the game, but that was really the only positive for the home side. They’ll feel they can re-boot their season next week away to a softer-looking Gyor, while UVSE have a very winable game at home to the winless Szeged. 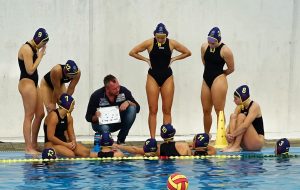 Probably the most entertaining game of the day saw Ferencvaros down Eger at the iconic Bitskey Aladar Swimming Pool. There was nothing to separate the two teams, aside from a late time-out set-play move in the second quarter to put Fradi ahead by two, converted by Dora Toth. From then, Ferencvaros dictated the play, and two second half goals from Anna Illes, who scored four in the game, gave FTC the three points.

Gyorgy Gerendas’ side will be very happy with their start to the season, and will feel they can put together a run – their next three games are against Keruleti, Szentes and BVSC. If they come out of that period with a decent return, they’ll be in a good position heading into Christmas. 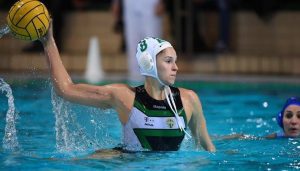 BVSC-Zuglo had no problem winning their second game of the season 17-5 away to local rivals Keruleti. Whilst BVSC’s outing last week against Eger was an incredibly tight affair, this match was a complete contrast as the game was over at halftime, thanks to a first quarter hat-trick from Kata Mezaros Farkas, and a first half brace courtesy of Nikolett Kele.

Keruleti’s best player, Gerda Brezovszki netted twice, as did Hungarian junior international, Panna Kudella, but Denes Lukacs’s side are still winless after two games, and their next two look even tougher – firstly with Ferencvaros away, before hosting league leaders Dunaujvaros. 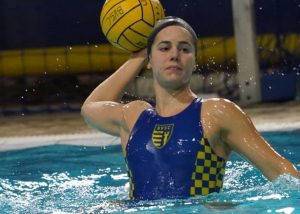 Its all smiles for Szentes as they brushed aside new-comers to the league, GVSE Gyor, under the lights at Varosi Sportuszoda and maintain their 100% record this season. It was Szentes’ veteran Anita Hevesi who led the scoring with three goals, as the club from the South have made an impressive start to the season.

While Szentes have won two games they were expected to win, tougher challenges lay ahead as BVSC and FTC both loom large in the coming week. Gyor, on the other hand, really need to kick-start their season soon. Their next fixtures are Tatabanya, BVSC and Szeged. Failure to pick up any points there could spell trouble for Zsolt Vogel and his side.