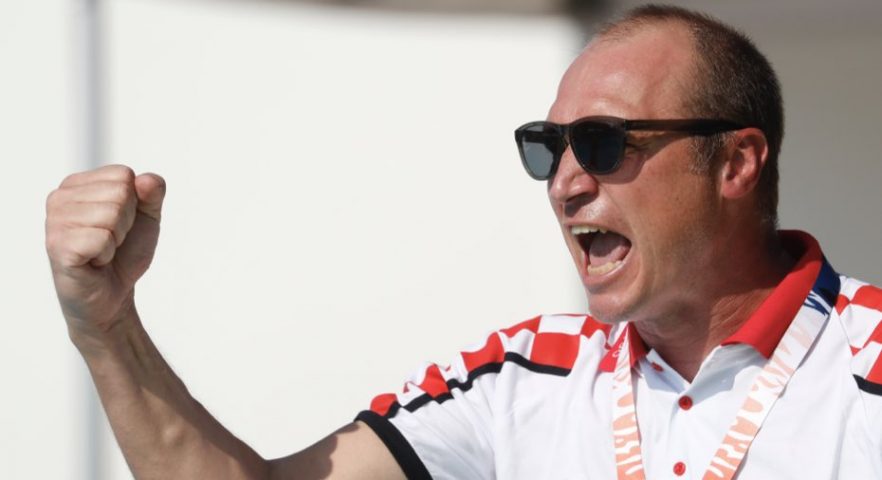 French Swimming Federation (FFN) announced that Jug Dubrovnik’s head coach Vjekoslav Kobescak had been appointed as an assistant coach of the French men’s water polo team. He will remain the head coach in Jug but he resigned from the position of the head coach of Croatian junior national team.

Kobescak’s biggest success as a head coach is winning 5 trophies (including CHL) with Jug Dubrovnik in 2016. He was also Ratko Rudic’s assistant coach on the Olympic gold winning journey in London in 2012. As a player, he won the Olympic silver in Atlanta ’96. We remind you on a two part interview we had with Vjeko back in 2017.

This time we asked them for a short comment on his new appointment.

“I thank Florian (Bruzzo, head coach) and FFN for this opportunity and a new challenge in my career. We are entering this serious project with a lot of hard work in front of us, but I expect we can fulfil the full potential that French water polo offers”, said Kobescak for Total Waterpolo.

The arrival of this high-quality coach is excellent news for French water polo and proves the ambition of the French Federation in this discipline. There is no doubt that the complementarity between Florian Bruzzo and Vjekoslav Kobescak will create a strong dynamic around this collective with a view to the Paris 2024 Olympic Games  ”, stated the FFN in their press release.