Russia and Montenegro finished atop their respective groups at the Olympic Games Qualification Tournament in Rotterdam. France booked the last available ticket for the quarterfinals. This is the shortest summary of the last day of the group stage.

There were no surprises in the last round of Group A. Montenegro defeated Georgia 11:9, while Greece trashed Canada 19:6. Montenegro kept 1st position, Greece is going to the quarterfinals from the 2nd place, Georgia finished in 3rd place, and Canada is 4th.

France and Romania, which were the contenders for the last remaining quarterfinal ticket before Day 5, faced off in the first today’s match in Group B. France defeated Romania easier than anybody expected – 16:7.

Russia and the Netherlands fought a hard battle, and the Russians prevailed – 11:10. That means that Russia retained 1st place in Group B, while the Dutch finished 4th and they will play against Montenegro in the quarterfinals. Croatia won 2nd place, and France finished 3rd.

France and the Netherlands won five points each in the group stage, and their encounter on Day 4 was finished with no winner (11:11). In this case, the criterion for the ranking is the results against the high-placed team – Russia. Both France and the Netherlands suffered narrow losses to Russia, but France scored two goals more (12:13), and that tiny difference was decisive for the rankings!

Montenegro finished the group stage with a perfect record – 4 wins in as many games.

The first place was almost secured yesterday, after an 8:4 victory over Greece. Today, the Montenegrins confirmed the top spot beating the Georgians, who proved that they could make problems to the favorites.

After the balanced first quarter (3:3), the Montenegrins jumped to a 6:3 lead. But, Georgia managed to come back and cut the deficit to (5:6) in the 19th minute. Montenegro made a lot of chances, but Georgia’s Irakli Razmadze, one of the most successful goalkeepers in Rotterdam, was outstanding again. He was in front of the goal for three quarters and a half and posted 13 saves. His good performance is one of the reasons for Montenegro’s bad shot percentage (11/33). On the other side, Georgia had 23 shots and scored nine goals.

Late into the third period, Montenegro started breaking Georgia’s resistance. Matkovic scored from 6 on 5 for 7:5 in the 23rd minute. By the middle of the final quarter, the Montenegrins added four goals (two from penalty shots) went up 11:5 and everything was decided. Georgia responded with a 4:0 run, but it didn’t endanger Montenegro’s victory.

Greece left no chance to Canada. Less than four minutes passed, and the Greeks had a 4:0 lead. In the middle of the third quarter, the distance between the teams was already ten goals (12:2). The Greeks were eager to show a different face after yesterday’s 4:8 defeat to Montenegro. They didn’t slow down until the end, and their last goal came 1.8 seconds from the end. The best scorer Stylianos Argyropoulos found the net from the distance to set the final score.

Romania started quite well and took an early 2:0 lead. But, the Romanians couldn’t keep that rhythm. France took control, scored six unanswered goals. After the first possession in the second quarter, the French had a 6:2 advantage. Cosmin Radu responded immediately for 3:6, but France built a five-goal advantage before the middle break (8:3).

In the previous four matches, France had many ups and downs, so the Romanians hoped that they could come back. The French didn’t stop after a big lead like it happened yesterday against the Netherlands. Today, they dictated the pace throughout the match. Two and a half minutes before the end of the third quarter, France, led by Mehdi Marzouki, earned a 12:3 lead. Shortly after, the Romanians scored their first goal in the second half, after 13 minutes of silence.

France had a 10-goal lead (15:5, 16:6) in the fourth period, but the Romanians managed to avoid a new double-digit margin defeat (they lost to Croatia 6:16 on Day 1). Actually, Romania played three good matches in Rotterdam – they grabbed a point against Russia, beat Germany, and lost to the Netherlands by a goal. But, the opponents were much better than Romania in the first and the last match.

The teams were tied after the first quarter. In the 11th minute, Russia lost one of its key players Konstantin Kharkov, who was excluded with substitution. Shortly after, the Dutch took a lead for the first time – 4:3. But, the Russians scored three goals in the last 03:12 minutes of the second quarter and they had a 6:4 advantage at halftime.

Daniil Merkulov gave Russia a 7:4 lead early in the third period, but the Dutch managed to come back and cut the deficit. Robin Lidnhout scored two goals with a power-play advantage (the second was with a double man-up, two Russians were excluded), and the hosts trailed 6:7 before the fourth quarter.

The fourth period started just like the third quarter, with a beautiful long-distance goal by Daniil Merkulov for 8:6. Still, Guus Van Iijpren responded in the same manner in the next attack. In the middle of the fourth period, the Dutch scored two goals with a man-up and went ahead (9:8). But not for a while. Thirty seconds after the hosts’ ninth goal, Dmitri Kholod equalized, also with an extra-man. Lisunov hit the back of the net for 10:9 A minute and 21 seconds before the final buzzer Kholod added another goal from 6 on 5 for 11:9

Pascal Jansen converted a man-up for 10:11 with just 48 seconds remaining. Russia lost the ball in the next possession, After that, the Dutch had 20 seconds to level the score and won 3rd place. But Russia’s goalkeeper Viktor Ivanov posted two saves in the final seconds (he blocked a total of 12 shots today) and saved the win for his team.

Two days ago, Netherlands beat Romania with a last-gasp goal. Yesterday, the hosts secured a point against France with a goal scored two seconds from the end. Today, luck wasn’t with the Dutch team.

The last match of the group phase, Croatia – Germany, could change nothing in the standings. After Russia’s victory over the Netherlands, it was clear that Croatia would stay in 2nd place. Germany was locked for the bottom of the table from yesterday.
Germany played for pride, while this match was Croatia’s preparation for the knock-out round.

The Croats played dedicatedly as if they needed a big win in this match. The silver medalists from the 2016 Rio Games showed no mercy to the Germans and got back on the track they were at the beginning of the tournament. On Day 1, Croatia beat Romania 16:6, then ran over the Netherlands (25:8). But, on Tuesday, they didn’t achieve an easy win over France (13:10), and they lost to Russia (13:14) yesterday. They finished the group with an impressive goal difference (89:43).

All matches will be broadcast live on FINAtv. 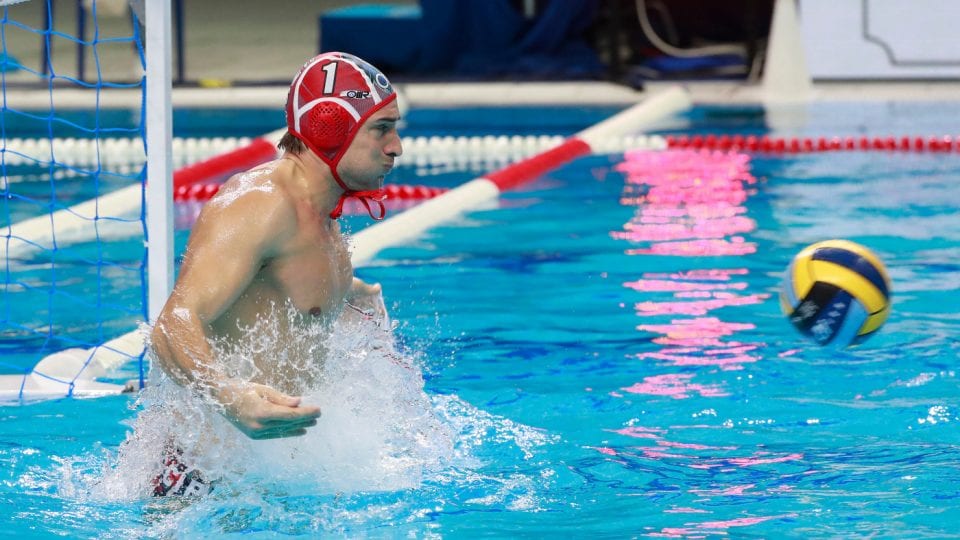 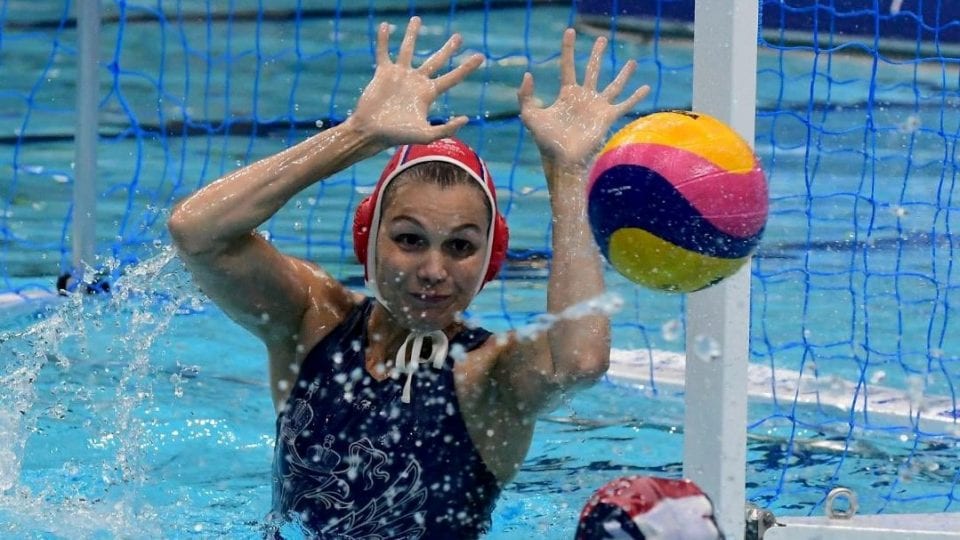 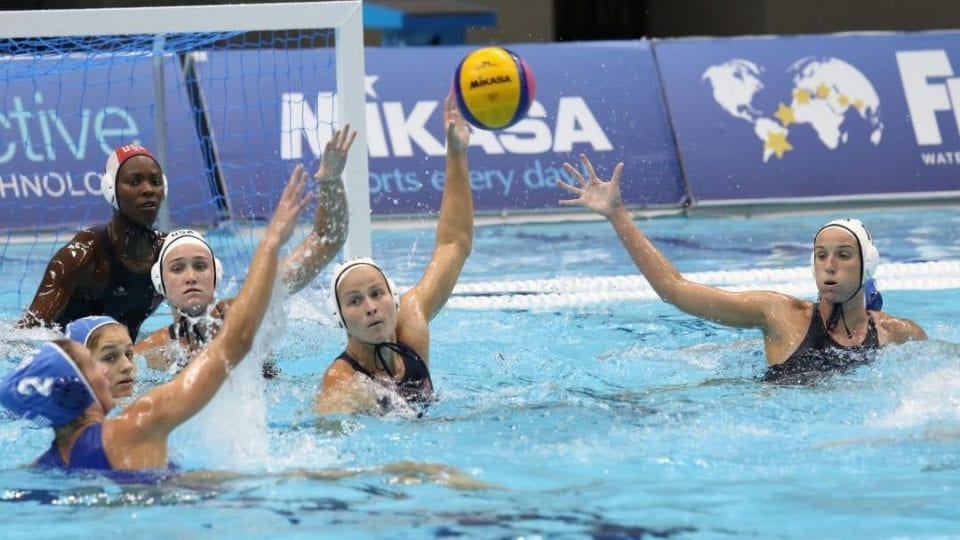 USA and Canada keep top spots before quarterfinals in Athens