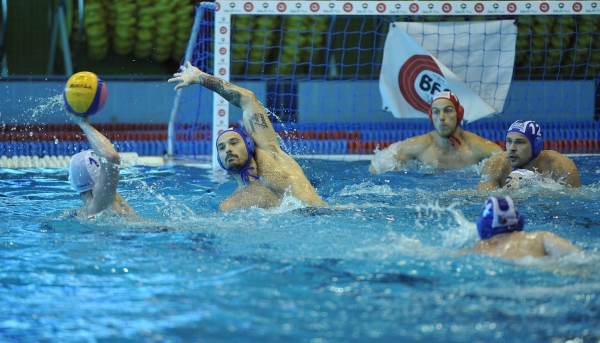 Today was the last match of Georgian Water Polo Championship finals. At the “Olympic” water pool, Locomotive Tbilisi played Dinamo Tbilisi and won the tight match with 8:6. It was the third and final game which brought Locomotive a well-deserved title in the decisive finals.

The first quarter was the tensest one with attacks from both sides of the Olympic pool. Kurtavadze scored the first goal of the match, but Rurua answered with a fast action, tying the score. By the end of the quarter, the teams settled with 3:3. The second quarter brought another equalized score, ending the halftime with 5:5.

After the break, Locomotive took the initiative and scored two goals, remaining in lead until the end of the third quarter. The last one ended in a draw, and Locomotive finished the match as a champion of Georgian Water Polo.

Watch the goal by Khvicha Jakhaia from the second match!