Gold Medal To The Netherlands, Silver To Russia – Europa-Cup Final 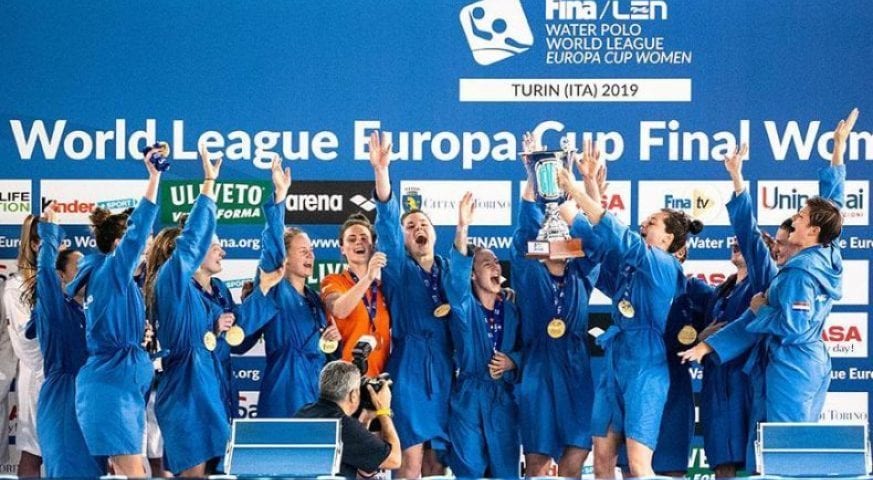 The Netherland won the Europa-Cup Final, while Hungary defeated Italy in the bronze medal match.

Third and last day in two acts of the FINA/LEN Water Polo World League Europa Cup Final Women 2019 this afternoon at the Palanuoto in Turin.

Act 1 saw Hungary prevail over Italy in the bronze medal match. In act 2 the stage was for the gold medal match between Russia and the Netherlands, the latter eventually claiming the victory of the tournament, with the silver medal going to Russia. The actors of both finals will all advance to the World League Final 8, in Budapest next June, including Italy, which, in spite of their defeat, will benefit from the fact that Hungary was already qualified as the country.

The final standings of the tournament reflect exactly the values shown here by the different teams, some of which appeared not to have fully assimilated the new rules. The Netherlands were the strongest team and featured also some impressive individualities.

The Netherlands’ number 1 Elisabeth Aarts and Russia’s number 4 Elvina Karimova were awarded respectively the best goalkeeper and the best player of the tournament prize.