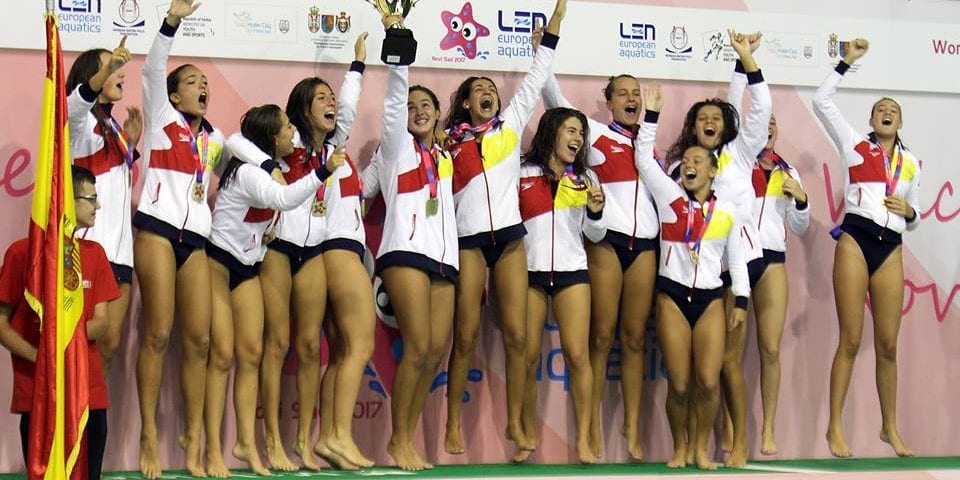 Spain had a bronze and two silvers from the previous three editions and
now they stroke gold after a thrilling final in Novi Sad (SRB) where they beat
the Netherlands 11-10. Hungary came third winning a similarly exciting
match over Greece.

The Spanish team clinched its first title since the inauguration of the new age-
group events: this edition featured the best U17 players who staged some
really memorable games.

The top six nations were still a class apart as it was expected until the
quarter-finals all favourites cruised with ease. These two had to fall and this
time it was the Italians and the Russians who failed to reach the semis. Italy
lost to Greece while the Russians blew a huge lead away against Spain. At the
beginning of the third period of the QF they were 6-1 up when the Spaniards
scored five connecting goals in a span of 5:50 minutes in the third and then
added a sixth one early in the third. The Russians equalised twice but Spain
scored the winner for 9-8 with just 0:04 remaining on the clock.
This gave a huge boost for them, they defeated the Greeks 10-7 in the semi-
finals (already led 9-4 before the last period) and the Dutch thrashed the
Hungarians 8-3 in the other SF.

The last day saw two brilliant matches with lots of twists and turns. In the
bronze medal game, Greek took a 1-4 lead by halftime and was still 3-6 ahead
deep into the third when the Magyars had an amazing spell and scored three
action goals within 88 seconds for 6-6. They went on rolling in the fourth,
jumped to an 8-6 lead and never looked back, earning the bronze after
missing the podium in the previous two editions. The Greeks had three
medals beforehand, not they left Novi Sad empty-handed.

The final was a coronation of the entire tournament which was professionally
organised by the experienced staff of the Serbian Water Polo Federation. The
first half was dominated by the Spaniards who took a 4-6 lead late in the
second. The Dutch started to find their rhythm and in the middle of the third,
they went 8-6 ahead. Spain broke a scoreless period lasting 6:09 minutes and
just before the last quarter they managed to get back to equal terms (8-8).
The Spaniards went on for 8-9, the Dutch netted two in 44 seconds for 10-9
but the following two came from Spain again. With 3:43 to go they led 10-11
and they could save this advantage until the last moment and could celebrate
their first ever triumph in this tournament.