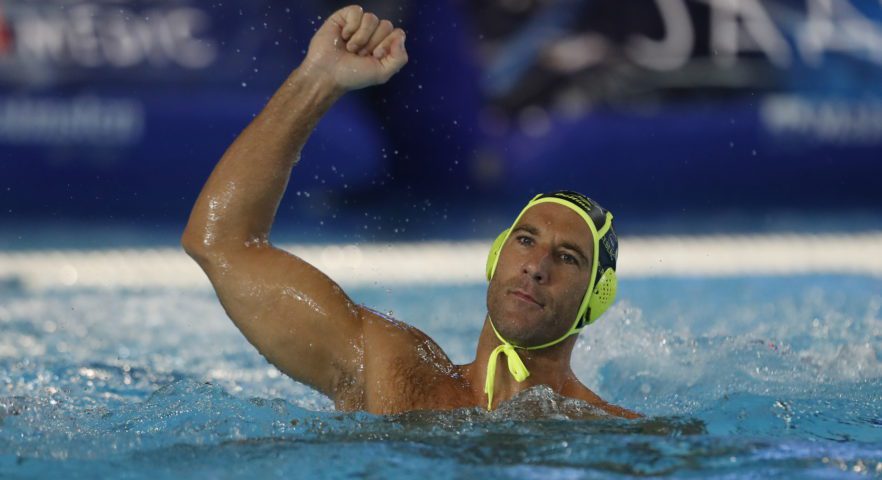 Visiting teams were successful on Day 2 of the Champions League Group A.

European champion Pro Recco won its first points in the season, beating Jadran in Split (13:9). Barceloneta earned an away win over Vouliagmeni (11:7). As expected, Olympiacos cruised to a victory over Dinamo in Tbilisi (21:9).

Radnicki Kragujevac was the only home team that recorded a win today. The Serbs beat Waso Hannover – 13:12.

The European champion led throughout the game, but Jadran Split fought hard. It managed to come close several times and had chances to equalize. In the end, despite the loss, Jadran didn’t disappoint their fans.

Pro Recco’s coach Sandro Sukno could count on captain Aleksandar Ivovic for the first time after the Final Eight. Ivovic recovered after surgery and was ready to lead his teammates. But Echenique, who is still recovering, Presciutti, and Figlioli, were out of the team.

Recco got off to an excellent start. Fondelli scored already in the visitors’ first possession. In the 6th minute, it stood 0:3. However, Jadran didn’t surrender without a big battle. Tomasovic closed the first, while Bukic opened the second period. Only a goal separated the rivals in the 10th minute (2:3). A quick exchange of goals followed that. In the next two minutes, each team scored two goals apiece. Recco regained a 2-goal lead twice, but Jadran halved the deficit both times (4:5). In the 14th minute, Aleksandar Ivovic got on the scoresheet by converting a man-up. After that, Jadran missed a man-up, and Hallock punished that immediately and Recco had a 3-goal advantage at the middle break (7:4).

Jadran managed to cut the deficit to one goal once again. In the middle of the third quarter, Marinic Kragic found the net from a distance (7:8). Still, Recco replied with two goals to stretch the margin to three (10:7). Jerko Marinic Kragic converted a penalty to give Jadran hope before the final break (8:10).

In the fourth period, the visitors netted two goals from close-range shots – Hallock in the 27th and Canella in the 30th minute. They built a safe four-goal advantage (12:8) and secured the first three points in the season.

Vouliagmeni played well but didn’t surprise the favorite from Spain. Both defenses were excellent in the opening minutes. Papasifakis broke the deadlock, scoring from a penalty in the sixth minute. Only 38 seconds before the end of the first quarter, Barceloneta scored its first goal. Pavilalrd leveled at 1:1.

The teams were in a neck-and-neck race in the second period, too, but Barceloneta had a slim 4:3 advantage at halftime. Bustos scored from a 6 on 5 to give Barceloneta a 2-goal advantage for the first time (5:3). Kapotsis halved the distance in the next attack, but then came crucial moments. Biel Lara scored two goals within 52 seconds. Bustos extended Barceloneta’s series in the 15th minute. The four goals separated the rivals for the first time (8:4). Troulos converted a man-up in the last minute of the third period (5:8). Kapotsis made it 6:8 at the beginning of the fourth. However, Barceloneta responded with two goals (Perrone from a penalty shot and Pavillard from an action), went to 10:6 (27th minute) and avoided a thrilling finish.

The statistics say that a man-up conversion made the difference. Vouliagmeni scored just one goal with a power play advantage (of 10 chances). Barceloneta’s extra man attacks conversion was 4/11.

Radnicki had ups and downs in the game against Hannover, just like two weeks ago when the Serbs shared the points with Vouliagmeni. However, this time, they won all three points.

The first quarter of the game offered a few twists. Hannover scored an opening goal already after 20 seconds of play. The hosts turned around a deficit to a 3:1 lead. Hannover caught up with the rival in the 6th minute (3:3). But, Radnicki, led by Marko Radulovic (who scored five goals in the first half) , started dominating after that to earn a five-goal advantage (9:4) before the third period. But, the hosts lost their rhythm. They started making mistakes in attack and missing nice chances and they paid for it. Hannover produced a 3:0 rush (all three goals were scored by Croats – Vlahovic, Benic,Lozina) and endangered the hosts’ advantage (7:9). Stanojevic scored with an extra man for 10:7 (21st minute). Marko Radulovic found the net from a counterattack with three seconds remaining on the clock in the third quarter, and the hosts re-built a four-goal advantage (11:7) advantage. 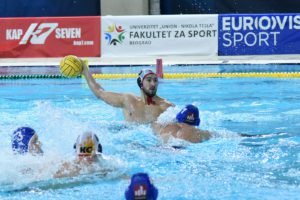 The German team needed less than two minutes to half the deficit (9:11). Still, Radnicki quickly replied with two goals (13:9) and consolidated its defense (Todorovski replaced DObozanov in front of the goal at the middle break). Three late goals from Hannover in the last two minutes changed nothing. Schutze set the final score just eight seconds before the buzzer.

Olympiacos took heavy revenge for a 14:13 defeat to Dinamo on the last day of the 2022 Champions League. The Greeks dominated throughout the match. They quickly earned a 4-goal lead (5:1). Already in the 19th minute, the visitors gained a double-digit advantage (14:4). Ioannis Fountoulis led Olympiacos to a 21:9 win scoring seven goals.