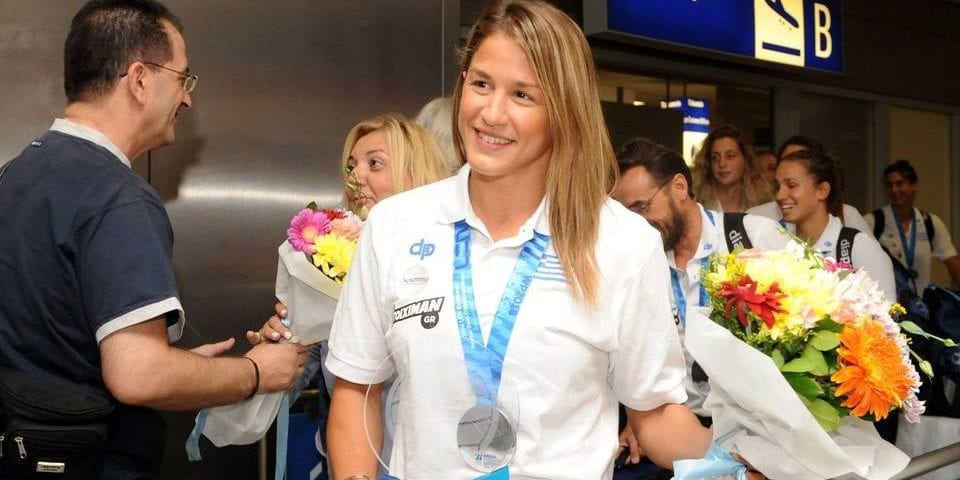 One of the best female water polo players in the world in the 21st century, Alexandra Asimaki, decided to retire at 32.

Asimaki clinched three winning trophies in the LEN Euro League – in 2009 and 2010 with Vouliagmeni and in 2015 with Olympiacos (in the same years, she won the European Super Cup). She won 11 titles in the Greek League, two in the Greek Cup, etc.

Last year, she retired from the national team. But, in February, after the head coach was changed (Theodoros Lorantos replaced Georgios Morfesis), she returned to Greece’s team and played in the World League until the suspension of the competitions due to the pandemic.

She announced retirement yesterday, and today she wrote a farewell letter and posted it on her profiles on public networks.

Among other things, she said:

“Since yesterday, when I shared my decision not to be in the pools, the love and appreciation I have received from you are huge. Thank you all very much! I try to respond to everyone’s messages! You really move me with your words and your love, and it reminds me of the essence again. The one where I was always looking for things, and I think I found her!

This photo is probably my favorite… because of the moment that immortalizes the look in my eyes that shows faith! I scored a goal in the first attack of the 2011 World Championships final in Shanghai against China. I knew we wouldn’t lose the gold, and so it happened, we became world champions that day! But what I did not know then was how great it was and how full of such moments of triumph my career would be.

If someone told me when I started, my first day at the pool where this trip would go I could not imagine…. I’m thankful! I’m proud of this course. Not only for the successes, but also because I always relied on my strengths, my work, and the faith in my dream that no one could spoil it for me. I always had faith, and I succeeded! For me, a circle closes. But the pool will not miss me either. I will be coaching the children of Olympiacos. I will try to pass on to these children everything I learned and learned through this whole process but also something basic. Have faith and love in what they do! This is the essence!”