One of the best Russian water polo players and coached of all time, Aleksandr Sergeyevich Kabanov passed away at the age of 73.

He was one of only four water polo players who won two Olympic titles playing for the USSR – in Munich 1972 and Moscow 1980. Kabanov also won two gold medals at the World Championships, playing for the Soviet Union – in 1975 and 1982 and was the European champion in 1983. He clinched two golds at the World Cup (1981 and 1983) and many other medals at major competitions. At the club level, his most significant success were the titles of the European champion (with MGU Moscow in 1974 and with CSK in 1977).

In 1972 Kabanov was awarded the title of Honoured Master of Sport of the USSR. He was a member of the International Hall of Fame. 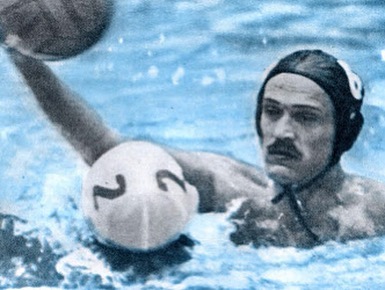 After a great playing career, Kabanov became a very successful coach. From 1985 to 1992, he was a coach of the USSR male national team. Working as a national team coach, Alexander Kabanov made a great contribution to the USSR’s victories at two European Championships (1985.1987).

While Kabanov led Russia’s ladies, the team became the European Champion in 2010 and clinched two bronze medalists at the World Championships in 2009 and 2011.

Besides all mentioned, Kabanov was the head coach of Russia’s best female club Kinef Kirishi. Under his guidance, the Kirishi-based team won two titles in the LEN Euro League in a row (2017 and 2018), while it finished 3rd in the 2019 LEN Trophy.

Total Waterpolo had the great honor to welcome Aleksandr Kabanov as a member of our expert jury in the voting for the 2019 Total Player Award.