Greek women’s A1: First points for PAOK, AEK and Rethymnou 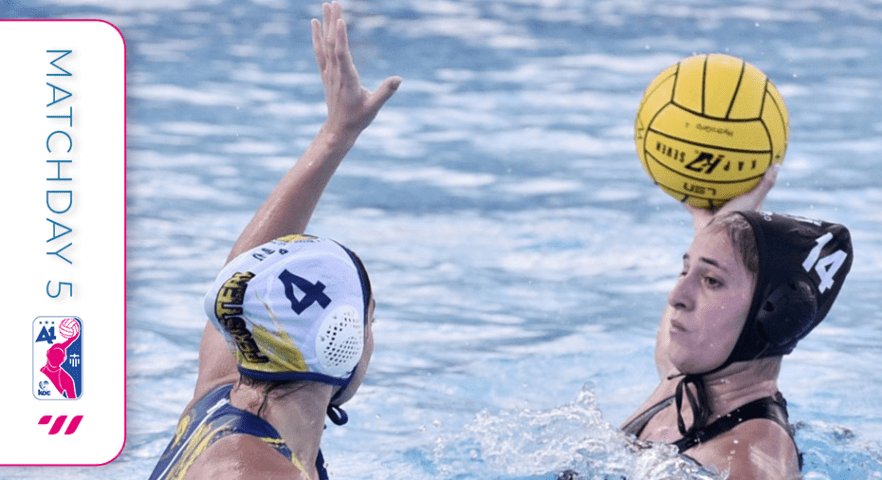 While many leagues had a rest weekend, owing to the Women’s World League Super Finals, the Greeks continued on with the 5th matchday in their women’s National Championship.

It was a weekend for firsts at the foot of the table; PAOK secured their first win of their season over Peristeri, while AEK and Rethymnou bagged their first point of the season, with both teams deadlocked at 9-9 on Saturday afternoon.

Elsewhere, Olympiacos and Alimos are still with their 100% win records after defeating Panionios and Patra respectively. Vouliagmeni are also still unbeaten – although their game against Ethnikos was rescheduled from this weekend to later in the month.

The Alimos steam train shows no sign of stopping, as they have won five games on the trot, their latest victims being the Naval Academy of Patra.

The visitors were deserving of the win, although Patra did well to keep the score relatively close. Lena Mihailovic showed no signs of sulking about not featuring with the Stingers at the World League; the Serbian born Australian international netted another five goals for Alimos. Alexandra Asimaki predictably tallied up a trio of scores.

AEK and Rethymnou shared their points of the season in a fascinating 9-9 draw in Glyfada. The visitors might be the most disappointed to get more out of the game, having led 3-0 after the first period.

But a decent comeback from AEK gave them the advantage going into the last quarter. A score from Katia Kyriaki with fifty seconds left in the match ensured Rethymnou wouldn’t be returning to Crete empty handed.

Catherine Michaildou netted four times for Constantinople’s Athletic Club, while the scorer of the levelling goal in the match for Rethymnou, Katia Kyriaki, finished the match with five goals.

Both teams face tough opponents this weekend; AEK travel to the so far unbeaten Alimos, while Rethymnou play an impressive Panionios outfit.

Panionios couldn’t cause an upset against the reigning champions while they were in town, as Olympiacos, who have won five out of their five games so far this season, steamrolled their hosts 14-3.

Many of Olympiacos’ top dogs were back in the matchday squad, including all three Plevritou sisters, Eleni Xenaki, and Nikoleta Eleftheriadou.

The game was somewhat competitive for the first half, but Olympiacos could easily pull away in the second half, winning 9-1.

Both teams had their head coaches absent; with Alexander Ciric being replaced by Stergios Torosiadis, and Georgos Katsoulis filling in for Tasos Papanastasiou.

Olympiacos face their toughest test this weekend, with a trip to Vouliagmeni. Panionios will be sure to score points in their next fixture against Rethymnou.

After four defeats in a row, PAOK have their first win of the season, defeating the newly-promoted Peristeri.

A consistent level of performance ensured they secured the points against another winless team coming into today’s game. A good defensive display guaranteed vital points for Panagiotis Vergos’s team. Iro Karypidou, a summer signing from Larissa,  was the best scorer in the game with a hat-trick.

Glyfada romped to a 17-6 victory over Larissa in a game in which Glyfada really put their opponents to the sword. The score was only 7-2 after sixteen minutes, with a 4-0 run up to half-time. Five goals to end the game really emphasised the victory.

Glyfada have now won two in a row, and are up to fourth in the league. Larissa has a winnable game at PAOK next week, and will be looking for their second victory of the season. Glyfada faces Patra next.